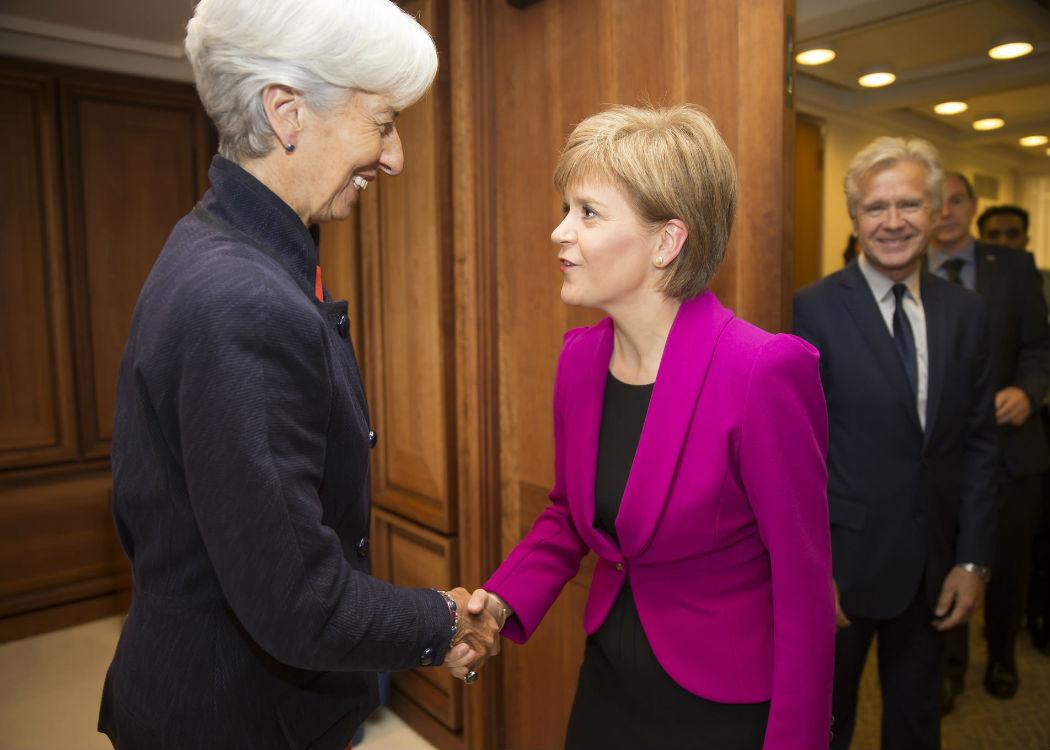 NICOLA STURGEON has spoken out against the imposition of further austerity on Greece and called for debt relief for the country to be on the table.

Writing in the Guardian, Scotland’s first minister said the the current proposals being offered by the Troika (the IMF, ECB and European Comission) “feel too much like the straightforward imposition of more of the austerity economics which have so palpably failed to solve the country’s problems”.

Warning that EU leaders could create “bad history” if “Greece is effectively forced out of the Euro”, Sturgeon broke ranks from other European head of governments by adding that “surely it’s also time for some form of debt relief to be on the table” (click here to read more).

Greece is due to default on its debts at 11pm on Tuesday (June 30) and its left-wing Syriza government has called a referendum on 5 July on whether to accept the Troika’s proposed deal for further austerity measures in return for bailout funds.

Prime Minister Alexis Tsipras’s government is urging a ‘No’ vote in the referendum, however it has submitted a last-minute request for a new two-year bailout deal which European leaders are expected to reject.

A ‘No’ vote in the referendum would increase the likelihood of Greece leaving the eurozone, unless the Troika is prepared to back down from its tough position on further austerity.

So far European leaders have failed to listen to Greece’s requests for debt relief that the country says is essential to its recovery.

“Surely it’s also time for some form of debt relief to be on the table.” Nicola Sturgeon

The SNP stood on an anti-austerity platform at the recent General Election but this is the first time the party’s leader has openly supported Syriza’s anti-austerity position.

On Monday, the Scottish Government remained non-committal on the issue merely warning against “brinkmanship” in the crisis (click here to read more).

However, Sturgeon has now said that the consequences of a ‘Grexit’ would “undermine the credibility and integrity of the single currency” and “could also weaken the European Union as a whole”.

“What is needed is an eleventh hour deal that gives greater priority to the interests of the Greek people, keeps the country in the single currency but also, and crucially, allows it to create the conditions for economic recovery,” she wrote.

Sturgeon continued: “In practical terms, such a deal should mean a reform package which prioritises growth – because only by doing so can Greece hope to climb out of the pit of near economic collapse and despair that it has fallen into since the start of the global financial crisis and its initial bailout.

“To put it bluntly, crude austerity hasn’t worked in the intervening years. The Greek economy has contracted massively, unemployment has risen – youth unemployment is at an eye watering 60 per cent – and, despite most of the bailout money going to banks, the country’s debt to GDP ratio has grown.

“And all the while it is the ordinary people of Greece, those who will be voting on Sunday, who have been suffering the effects of austerity on a scale that few people in the rest of Europe can properly understand.

“So surely it must be time for an alternative to simply piling austerity on top of austerity.”

Sturgeon also warned the European leaders against making threats to the Greek people about the consequences of a No vote in Sunday’s referendum.

Relating to the experience of Scotland’s independence referendum last year, the first minister said “ordinary people generally do not react well to what is or can be perceived as threats”.

Sturgeon commented: “In warning that a no vote on Sunday would probably end Greece’s euro membership, EU leaders are raising the stakes, but may also risk hardening support for the outcome they say they want to avoid.

“And ‘bad history’ will indeed be what is created if Greece is effectively forced out of the euro, leading to consequences we do not yet know or understand,” she added.

A demonstration in solidarity with Greece is set to take place in Glasgow on Thursday and Edinburgh on Saturday (click here to read more).