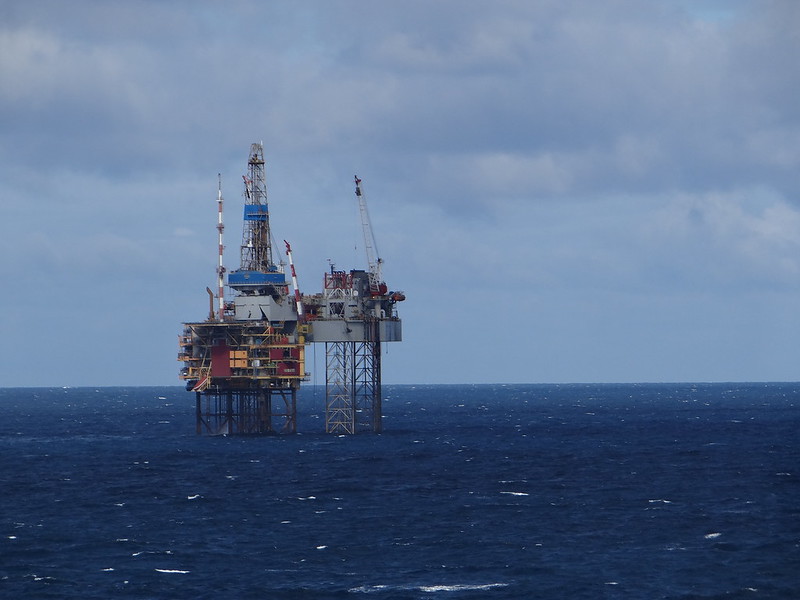 FIRST MINISTER Nicola Sturgeon has argued that revenues from the North Sea energy sector should be ring-fenced to ease the transition of areas dependant on the oil and gas industry to a new, sustainable economy.

Speaking in Aberdeen ahead of next month’s General Election, Sturgeon argued that a least £1 billion in North Sea revenues should be reserved for areas such as Shetland, Falkirk and the north-east, where the oil and gas industry provides substantial employment.

The first minister’s comments follow forecasts from the Office for Budget Responsibility (OBR) which estimate that the UK’s oil and gas sector will produce revenues of £8.5 billion over the next five years. The SNP has now called for these funds to be ring-fenced and devoted in full to combating the climate emergency.

Sturgeon said: “We must do everything in our power to tackle the climate crisis and Scotland has set the most ambitious legal targets in the world.

“But we also have to ensure that areas like the north-east of Scotland, where the economy has been built on the oil and gas industry, are supported to make the transition to new low or no carbon industries.”

“Westminster failed to set up an oil fund, where Norway’s is now worth one trillion dollars and is investing hugely in the low carbon economy. We should seize the opportunity to ensure we do not waste future revenues in the same way.” First Minister Nicola Sturgeon

Reserving oil and gas revenues for investment in a future net-zero economy could, Sturgeon said, “deliver real benefits to these communities and to our environment.”

Sturgeon went on to reiterate criticisms of UK mismanagement of North Sea oil and its failure to set up a sovereign oil fund, saying: “The SNP has long argued that revenues from oil and gas should be invested for the long term, rather than fund day-to-day spending.

“Westminster failed to set up an oil fund, where Norway’s is now worth one trillion dollars and is investing hugely in the low carbon economy.

“We should seize the opportunity to ensure we do not waste future revenues in the same way.

“We need to take urgent action to diversify our transport and energy sources, and to speed that up, tax revenues from oil and gas should be invested directly in the transition.”

Sturgeon’s remarks this week echoed similar comments made earlier this year by SNP MP Douglas Chapman, following the announcement in June by oil giant Hurricane Energy that drilling off the west coast of Shetland will produce 20,000 barrels a day.

Challenging Leader of the House Mel Stride MP to allocate time for a debate on how oil and gas revenues could be given to the Scottish Exchequer to fund the development green technologies, Chapman said: “Scotland’s oil and gas may not last for ever, but the announcement of a new 20,000 barrels a day field could provide the stimulus to allow Scotland to move to a greener future.

“If the revenues from this field and other Scottish fields were to be allocated to the Scottish Exchequer instead of HM Treasury, then that could form the basis for a transition fund to help Scotland accelerate progress in moving to a zero carbon fuel future.”

However, the first minister’s proposal drew criticism from the Scottish Greens, who were previously expressed their frustration that the Scottish Government is “unprepared to plan now for the end of oil and gas in the decades to come.”

“If we don’t draw a line under fossil fuel exploration as New Zealand, France and others have done, there is no transition at all.” Green MSP Mark Ruskell

Responding to the first minister’s remarks, Scottish Greens energy spokesman Mark Ruskell MSP said: “It is absolutely incumbent on the next UK Government to act, and we fully support taxing fossil fuels to pay for the transition to a zero-carbon economy, but once again this is a remarkably timid proposal from the SNP.

“If we don’t draw a line under fossil fuel exploration as New Zealand, France and others have done, there is no transition at all. No one is talking about suddenly turning off the tap, but there must be an end point.

“The UK has the biggest fossil fuel subsidies in the EU, and SNP MPs have been trying to outbid the Tories in calling for more. Meanwhile, there is a lot the Scottish Government could be doing now to build a new future for our communities rather than waiting for Westminster to act.”