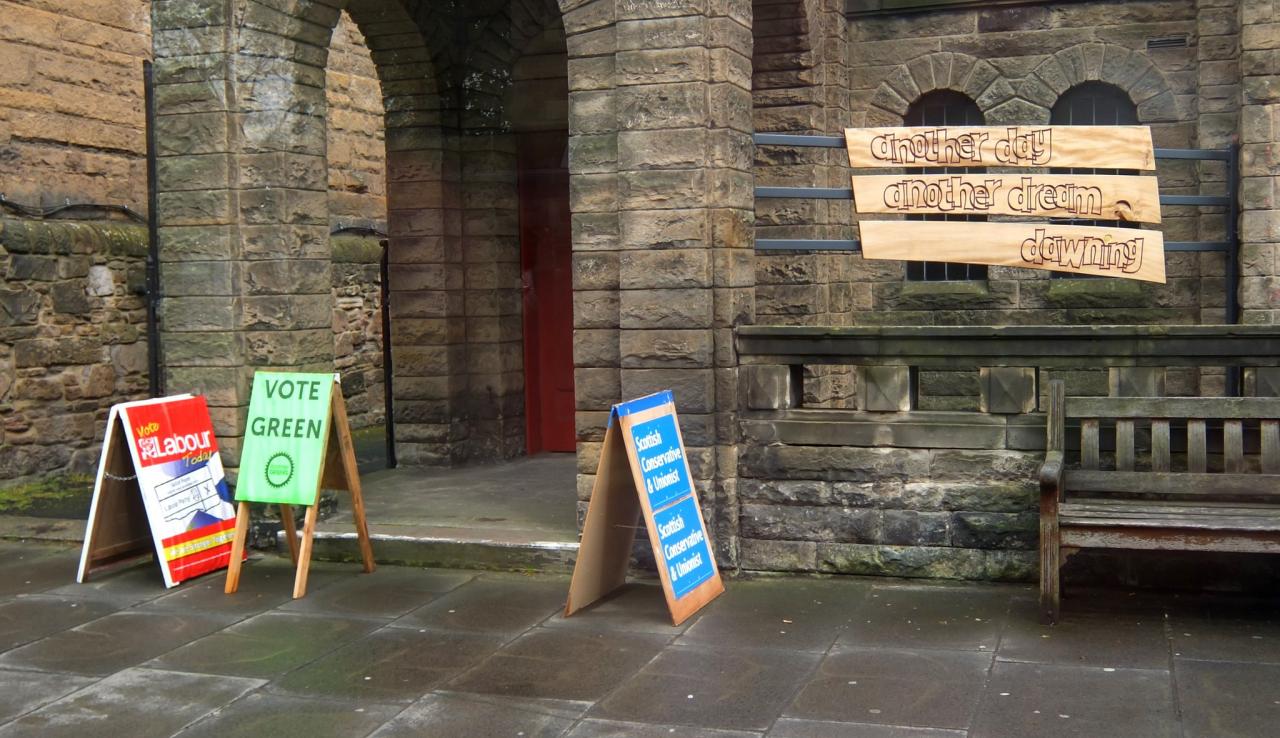 FIRST MINISTER Nicola Sturgeon has demanded answers from the UK Government over the ‘scandal’ of EU nationals being turned away from polling stations while trying to exercise their right to vote in the European elections yesterday [23 May].

Reports have emerged across the UK of EU citizens being told that their names had been struck off the register, or that they should vote in their home nations.

So after 13 years here, how do I feel when I see my name ACTIVELY CROSSED OUT on the list?! Uk, you have outdone yourself. #DeniedMyVote

The Electoral Commission has said that, due to the “very short notice” that the UK would take part in the European parliamentary elections despite the delayed Brexit process, the body had not been able to sufficiently publicise the requirements necessary for EU citizens to vote.

In order to vote, EU citizens had to complete the EC6 or UC1 forms, which declare that they would not cast a second ballot in their countries of origin, and submit them to their local council by 7 May.

However, some reports have indicated that clerical errors on the part of local authorities have also been responsible for some EU citizens being denied the franchise, even though they are on the electoral roll.

Lady at polling station was very nice, even phoned the council but sadly me and my husband still couldn’t vote! We’ve only lived here for 13 years…. And voted 2 times before for the EU in Scotland. #DeniedMyVote @NOS @theSNP @StirlingCitySNP @scotgp pic.twitter.com/eZ9x4zuCJC

First Minister Nicola Sturgeon wrote on Twitter: “The number of EU nationals who appear to have been denied the vote today is a scandal. These are people who live and work here. This is their home and they had as much right to a vote as any of us. Serious questions need to be answered.”

Scottish Green Party co-convener Patrick Harvie MSP said: “The number of EU citizens turned away from the polls today, despite being registered and entitled to vote, is scandalous. I’m ever more convinced that we need to get moving on the legal changes to ensure every resident can vote, regardless of citizenship.”

Disappointed to hear of EU citizens being turned away from polling stations because of bureaucratic hoops. This happened to members of my family in 2014 and it’s appalling that the obvious shortcomings in the process have not been solved since then. #DeniedMyVote #EUElections2019

Scottish Liberal Democrat leader Willie Rennie also commented: “It’s so disappointing to see the large number of EU citizens wrongly denied the right to vote today. The government has totally failed in its duty to ensure that EU citizens’ voices are heard.

“The government must be held to account for this bureaucratic shambles.”

Calls for an investigation into the matter have been especially pronounced, as the possibility of EU citizens being denied the vote was raised ahead of the European elections by SNP MP Joanna Cherry at PMQs, at which she sought guarantees from the UK Government that the necessary paperwork would be ready in time for EU citizens to register.

Prime Minister Theresa May responded by blaming the lack of notice for such formalities on “a decision by this House on 29 March not to agree a [Brexit] deal that would have made it unnecessary to hold European elections”.

READ MORE: Analysis: European elections may demonstrate the gulf between Scotland and England – and keep independence on the table

After PMQs, a spokesperson for the prime minister added that the UK Government was “aware of the issue” but did not specify what – if any – action was being taken to address it.

The campaign group The 3 Million, which advocates on behalf of EU citizens in the UK, is currently gathering evidence for a possible class action against the UK Government on the matter, and is encouraging EU citizens who have been denied the vote to submit their stories on the organisations website.

Speaking to the Guardian newspaper, Anneli Howard, a barrister who specialises in EU law, confirmed that the UK Government was at risk of being sued, saying: “If EU citizens are being asked to fill out additional forms that UK nationals are not, that’s discrimination.”