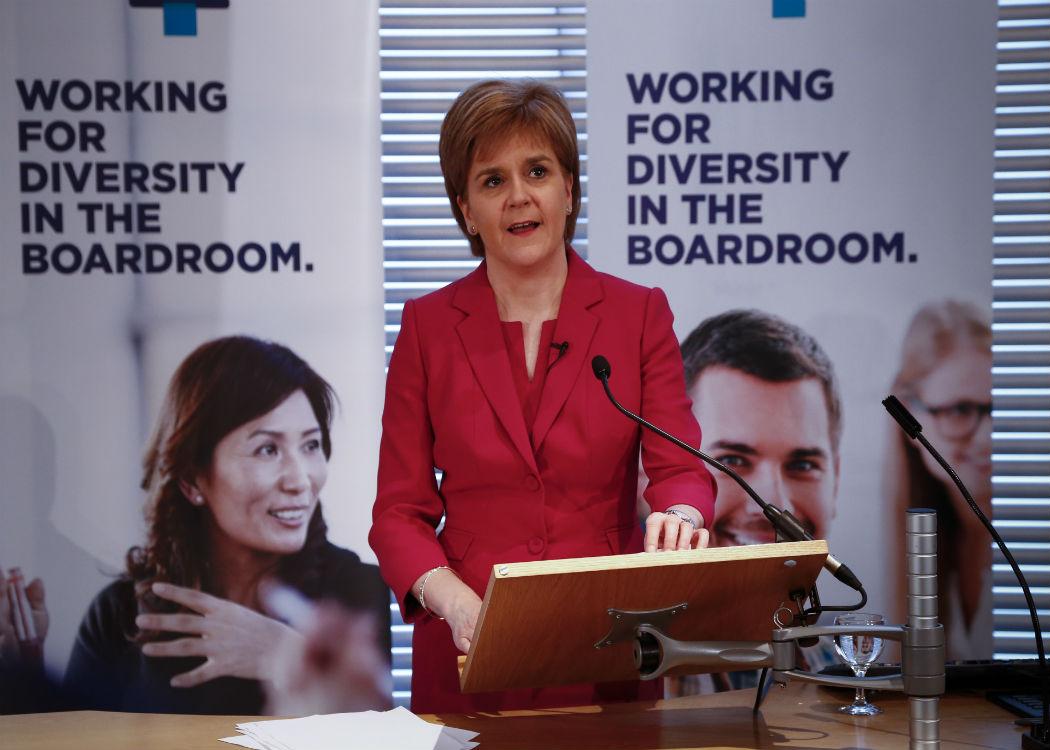 NICOLA STURGEON will say in a speech today that new moves to legislate for gender balanced boards in public sector institutions mean that gender equality is at a “tipping point” in Scotland.

In the speech to the ‘Who runs the world?’ conference hosted by the gender 50/50 campaign, the first minister will praise a number of Scottish Government initiatives taken to improve women’s representation and participation in public life alongside the announcement to legislate for the gender balanced boards in public institutions.

Quoted in the Herald , Sturgeon will say: “We are also committed to gender balance on public sector boards by 2020. Creative Scotland and Scottish Canals have already reached that target – five years ahead of schedule. The vast majority of public bodies have committed to doing so.”

“However I firmly believe that we should embed the commitment to a more diverse and gender balanced board membership. So following the passage of the Scotland Bill, I can confirm that if re-elected the SNP will consult and bring forward legislation on gender balance in public sector boards in the first year of the next parliament.”

“Scotland is potentially at a tipping point in relation to gender equality. Social attitudes have progressed significantly here, as they are doing in many countries around the world. We currently have a Scottish Parliament where the Presiding Officer, and the leaders of the three largest parties, are all female. We also have a gender balanced Cabinet.”

Scotland’s gender inequalities are well documented and go far beyond the problems of gender representation into all sphere of public and private life. According to Engender 62 per cent of unpaid carers are women. 95 per cent of lone parents are women. Women are twice as likely to claim benefits and tax credits as men.

After bringing in an system to increase women’s representation in the SNP, the percentage of the party’s MSP constituency election candidates increased from 26 per cent in 2011 to 45 per cent for 2016.