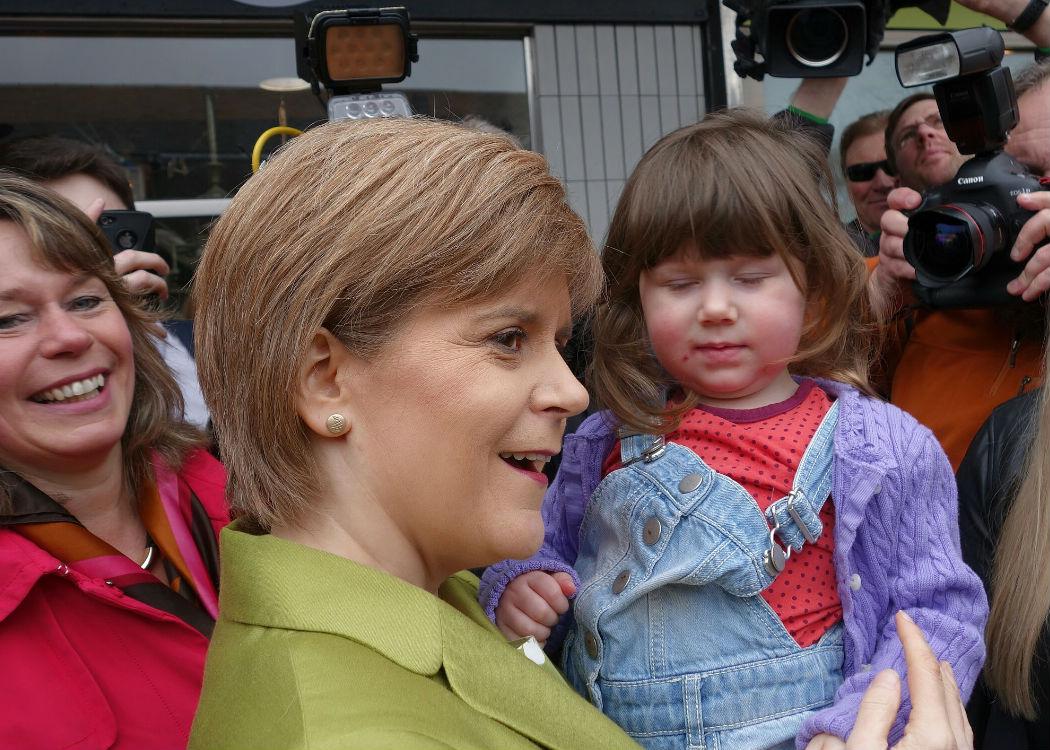 NICOLA STURGEON has promised to help put Ed Miliband into 10 Downing Street, as the most recent TV debate focused on the prospect of a post-election deal.

Sturgeon was joined by the leaders of the other biggest Holyrood parties – Jim Murphy of Labour, Willie Rennie of the Liberal Democrats and Ruth Davidson of the Conservatives. The Scottish Green party was not included in the debate despite vocal protestations.

The SNP leader once again sought to get a guarantee from Labour that it would work with the nationalists, who are expected to make significant gains, to keep the Tories out of power.

Sturgeon said: “If there is an anti-Tory majority in the House of Commons after the election, even if the Tories are the biggest party we will work with Labour to keep David Cameron out of Downing Street.”

Labour leader Murphy responded that his party does not need Sturgeon’s help, despite polls indicating otherwise.

He said: “Nicola, we don’t need your help. What we need is people north and south of the border, people in Scotland, people in England and people in across Wales coming together to kick out an out of touch government.”

The Scottish Labour leader added: “The only way to lock out the Tory party is to give the keys to the Labour Party. That’s the only way of preventing a Tory government.”

The other major talking point from the debate took place when Sturgeon was questioned about the possibility of another referendum on Scottish independence.

She insisted that the Westminster election on 7 May was not a re-run of the referendum campaign, but when asked about the possibility of a referendum after the 2016 Holyrood election, the SNP leader was less definitive.

“That’s another matter,” she said. “We will write that manifesto when we get there. I will fight one election at a time.”

Sturgeon continued: “If the people of Scotland don’t vote for a party with a commitment in a manifesto to a referendum, there won’t be another referendum, that’s the point I’m making. The people are in charge, not politicians.”