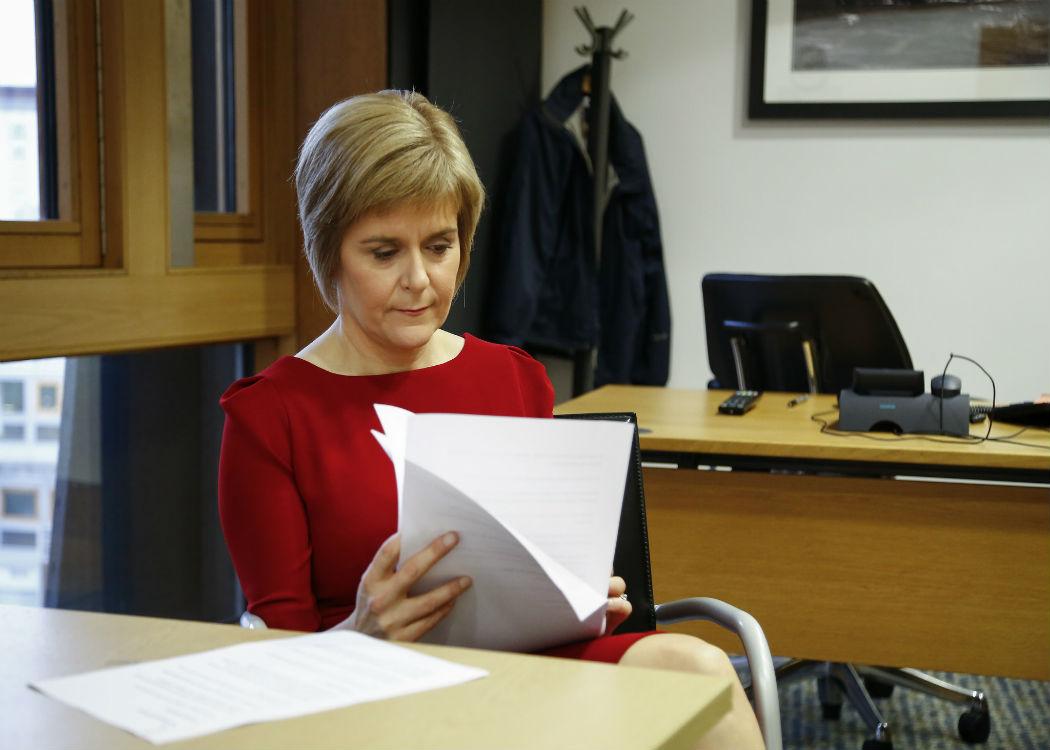 An EU exit would qualify as a significant change in circumstances, but a referendum on EU exit would require a Tory-led government and a vote on exit after the 2016 scottish elections

FIRST Minister Nicola Sturgeon has confirmed that an independence referendum will not be part of the SNP’s 2016 manifesto for the Scottish elections unless there is a material change in circumstances between now and next May, when the election to Holyrood will be held.

Sturgeon was speaking in a heated debate on the BBC Sunday Politics Show alongside the leaders of Labour, the Conservatives and the Lib-Dems.

Pushed on whether she would have another referendum in the party’s 2016 independence referendum, she confirmed that it currently wouldn’t be in as things stand: “If it is going to be in an SNP manifesto something is going to have to change.”

She repeated a second time: “Something would have to change for it to be in the manifesto.”

Sturgeon has said a UK exit from the EU would be an example of a qualitative change in circumstances that could lead to another independence referendum, but that referendum would only happen in the circumstances of a Tory-led government, and would occur after the Scottish Parliamentary election in May next year.

CommonSpace reported last week that Ed Miliband, Labour leader, has said he would block another Scottish independence referendum, even if it was in the manifesto of a governing party in Scotland after the 2016 Scottish parliamentary elections. (Click here to read more).

Miliband was asked if he would agree to a transfer of powers to call the vote under section 30 of the Scotland Act 1998, as David Cameron did for the referendum held last year.

He answered: “No, this was settled. Everybody said before the referendum that this was a once in a generation decision. You can’t move the goalposts after the result.”

The view contradicted that of Ruth Davidson, who said in a debate last week that the Tories wouldn’t block a second referendum in Scotland if there was a democratic mandate for it.

An SNP spokesperson responded by saying: “It is the people of Scotland – not Ed Miliband or any other politician – who will decide when any future referendum on independence might be.”

Sturgeon has said there is now a “triple lock” on Scottish independence: a “material” change in circumstances, in the manifesto of an elected government and a majority vote in a referendum in favour of independence.