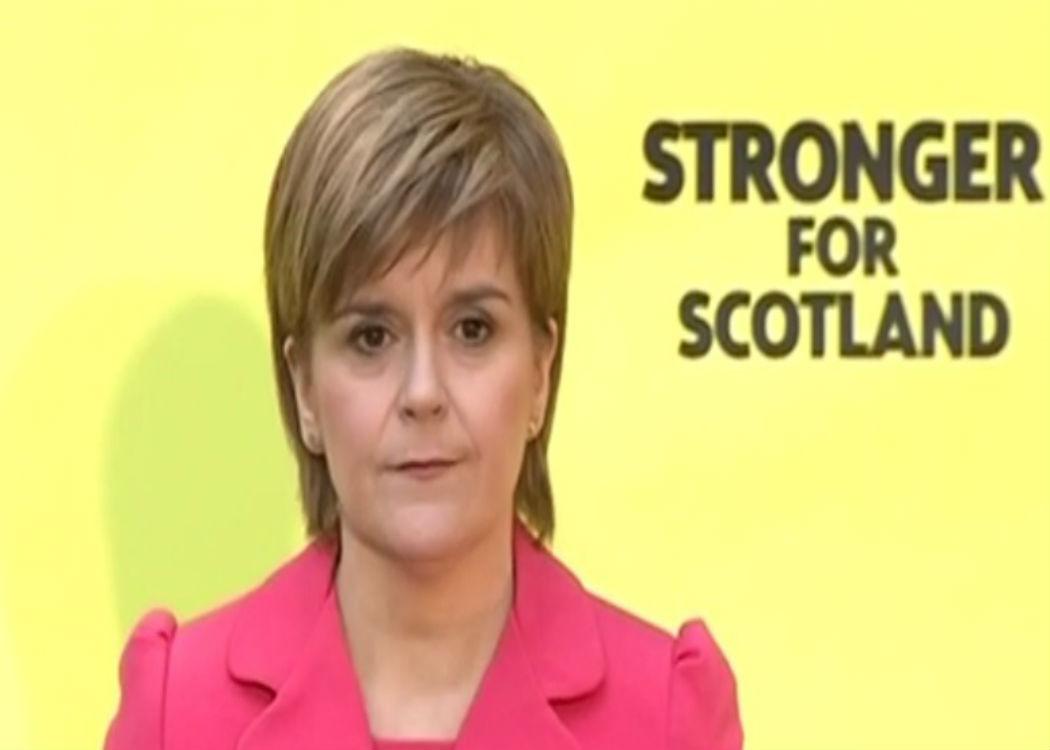 THE SNP will seek progressive change for everyone across the UK, SNP leader Nicola Sturgeon has said, at the launch of her party’s General Election manifesto in Edinburgh today. [Monday 20 April]

In a speech focused on persuading those in the rest of UK of the SNP’s agenda, Sturgeon said to those in England, Wales and Northern Ireland: “Even though you can’t vote SNP, your views do matter to me. You have a right to know what to expect from a hung parliament…if the SNP emerges with influence over a hung parliament, we will exercise that influence responsibly and constructively, and in the interests of people across the whole of the UK.

“I hold out a hand of friendship. The SNP if given the chance will be your allies in making that change.”

For the first time, SNP MPs will vote on ‘English-only’ issues: areas of government like health and education that are devolved to Scotland, Wales and Northern Ireland. Sturgeon said that it was in the interests of everyone in the UK for the SNP to do so to help deliver “progressive change”.

Sturgeon said the manifesto proposes a PS24bn increase in NHS spending by 2020/21, PS9.5bn above inflation. She said the total increase in Scotland’s NHS budget would be PS2bn.

She reiterated the party’s policy of scrapping Trident nuclear weapons, and said the PS100bn saved from not renewing Trident would be spent on “better education, childcare and the NHS”.

“It is a manifesto above all else to end austerity,” Sturgeon said. “That will be our number one priority.”

She re-stated plans to raise public spending by half a per cent above inflation in each year of the next parliament, and said she would back Labour tax measures including the restoration of 50p tax for highest earners, the mansion tax and bankers’ bonus tax.

Full fiscal autonomy of the Scottish Parliament was left to near the end of Sturgeon’s speech, and is in the second last page of the party’s manifesto, emphasising the fact that the party has sought to play down the speed of financial independence, which the party has been criticised by the pro-union parties.

The SNP leader said the party sought “agreement that the Scottish parliament moves to full financial responsibility. We will prioritise early devolution of powers over employment policy, including the minimum wage, welfare, business taxes, national insurance, and equality policy.”

She said the party’s General Election campaign was “not about independence”, and an independence referendum is not included in the manifesto. Sturgeon has said that a future referendum would only happen if there was a “material” change in circumstances, like a UK exit from the European Union.