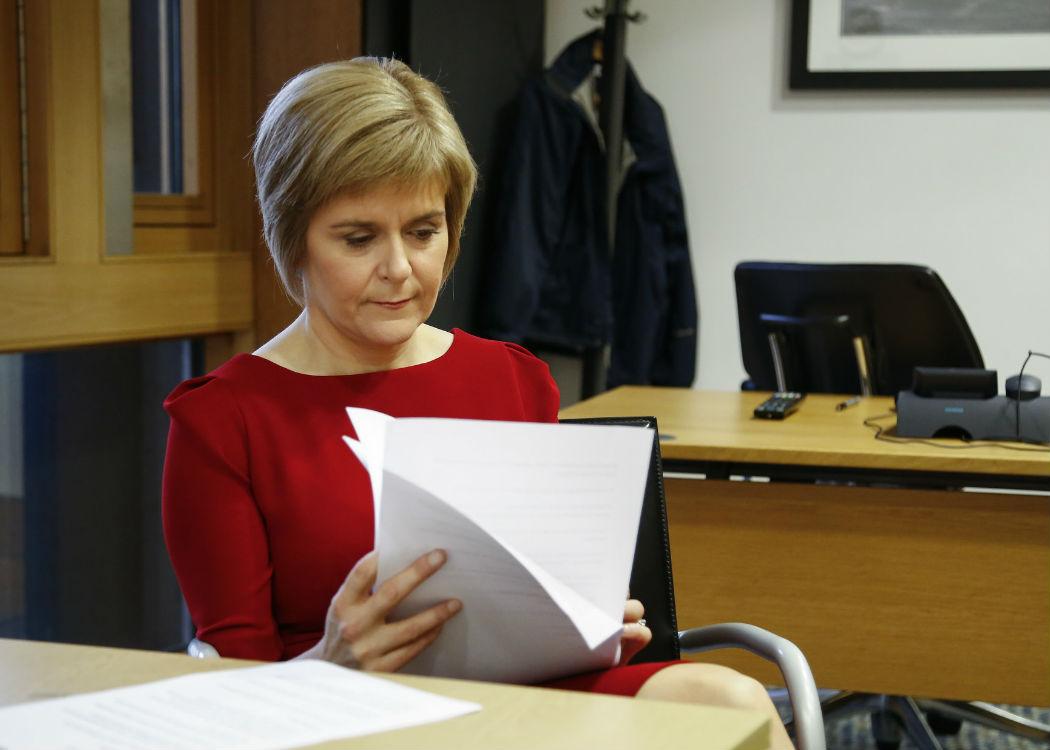 SNP leader insists that there is much more to do

NICOLA STURGEON has said that there is much more to do to make Scotland “a better, fairer, more prosperous place for us all to live and work” as she marks 100 days in office.

Among her early achievements included appointing the first gender-balanced cabinet in the UK, agreeing the delivery of votes for 16/17 year olds in Scotland, launching a consultation on Land Reform and holding online Facebook Q&As.

Labour have said that she “must do better, particularly on the NHS”.

Sturgeon said that she wants to “create a Scotland where everyone has the same chance of success, whatever their background.”

She said: “That is how we not only improve lives but also grow our economy.

“In the first 100 days of my government we’ve begun work to achieve those aspirations.

“This week have demonstrated my commitment to helping to break down the barriers that prevent our young people from achieving their full potential.

Sturgeon added: “I am very proud of the work myself and my team have done so far – but I am also clear that we have much more to do.

“Everything I have learned over the first hundred days has made me more determined than ever – over the next 100 days and beyond – to make Scotland a better, fairer, more prosperous place for us all to live and work.”

The First Minister will mark the milestone with a visit to pharmaceutical company GlaxoSmithKline (GSK) in Irvine, North Ayrshire.

GSK is Britain’s biggest drugs firm but has courted controversey in the past for its unethical practices, including performing vaccine trials on poor Argentina children without their parent’s consent.

Scottish Labour leader Jim Murphy said that the SNP are ignoring problems with the NHS.

He was quoted in the Scotsman as saying : “We have worse outcomes on A&E than there is in England, and there is an emerging crisis in Scotland’s A&E departments.

“The SNP are currently letting down NHS staff and NHS patients by the way they are entirely unfocussed on improving the NHS in Scotland.

On health, Sturgeon said that she had had protected Scotland’s health service with a budget of over PS12bn for the first time and pledged an additional PS100m to help reduce the number of people inappropriately delayed in hospital.