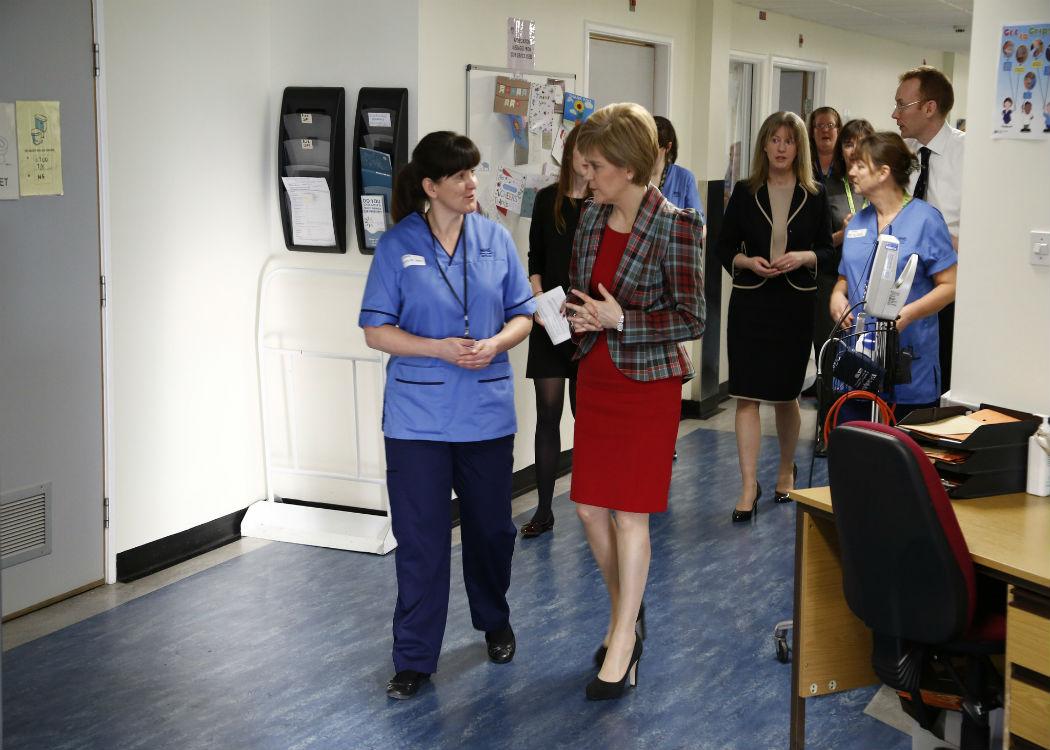 Sturgeon’s popularity rating a record for a TNS poll

SNP LEADER Nicola Sturgeon has topped a poll for popularity ratings of party leaders in Scotland, England and Wales, showing that she is the most popular leader across every age group and for both men and women.

The poll by TNS, conducted on behalf of The Herald, was a snapshot of 1,200 people in every part of the UK other than Northern Ireland, and found that Sturgeon’s popularity rating was +33, a record for a TNS poll. (Click here to read more).

Despite being the leader of a party that only stands in Scotland, Sturgeon’s UK-wide performances in the recent TV debates have propelled her in the minds of people across Britain.

Tom Costley, head of TNS Scotland, said of the poll finding: “It is clearly evident that Nicola Sturgeon’s performance during the campaign has resonated well with the electorate, recognising her strengths as leader of the SNP even amongst those outside Scotland who cannot choose to vote SNP.”

The Conservatives have put up posters across England and Wales with Miliband in Sturgeon’s pocket, in an attempt to highlight what the Tories see as the dangers of a Labour-SNP deal after the General Election. The poll findings could suggest that the strategy may backfire.

SNP deputy leader Stewart Hosie said the poll showed the first minister was “head and shoulders above the other party leaders, both at Westminster and Holyrood.”

Sturgeon is making a speech to businesswoman in Glasgow on Wednesday, in which she will say Tory attacks on the legitimacy of SNP MPs in Westminster are “outrageous”.

A recent TNS poll of Scottish General Election voting intentions showed the SNP on course to win 54 per cent of the vote, which would leave the nationalists with 57 out of 59 Scottish seats in the House of Commons.