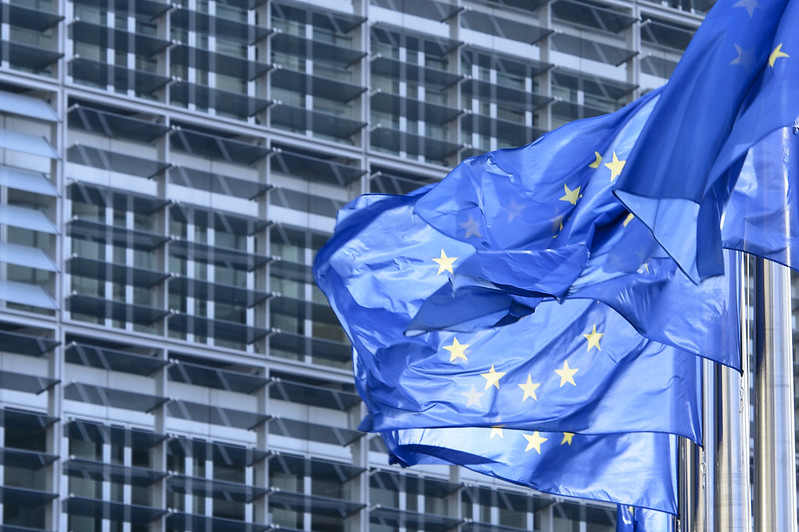 THE SNP will not vote for the new Brexit deal between the UK Government and the European Union announced today [17 October], First Minister Nicola Sturgeon has confirmed.

The deal was announced by Prime Minister Boris Johnson and European Commission President Jean-Claude Juncker at a joint press conference prior to a meeting of European leaders in Brussels.

In response, both the SNP and the Scottish Greens have cemented their opposition to any Brexit outcome which disregards the democratic will of the Scotland and reiterated calls for a second independence referendum.

Following the deal’s announcement, Johnson has urged MPs to “come together to get Brexit done and get this excellent deal over the line”. However, Sturgeon has characterised the agreement as being a uniquely “bad deal” for Scotland.

Lacking the support of the Democratic Unionist Party, which Johnson’s government have previously depended on for support, Johnson will now face the challenge of getting the deal through the House of Commons and securing the approval of the European Parliament.

Sturgeon said: “While there remains uncertainty over whether this proposed deal will pass, what is absolutely clear is that it would take out of the European Union, out of the single market and out of the customs union against the overwhelming democratic will of the people of Scotland.

“We support efforts to ensure peace and stability on the island of Ireland, in line with the Good Friday Agreement, which must be respected.

“At the same time, it cannot be right that Scotland alone is facing an outcome it did not vote for – that is democratically unacceptable and makes a mockery of claims that the UK is in any way a partnership of equals.

“The Brexit envisaged by Boris Johnson is one which sees a much looser relationship with the EU when it comes to issues like food standards, environmental protections and workers’ rights.

“That is not the future that I or my government envisage for Scotland.

“And in the circumstances which now prevail it is clearer than ever that the best future for Scotland is one as an equal, independent European nation. That is a choice I am determined to ensure is given to the people of Scotland.”

Elaborating in an interview today with Radio Clyde News, Sturgeon added: “The SNP will not vote for this deal because it is a bad deal for Scotland – worse even than the deal Theresa May tried to get through the House of Commons. In fact, it’s hard to imagine a deal that could be worse from the perspective of Scotland’s interests.”

Sturgeon’s view was echoed by UK Labour leader Jeremy Corbyn, who described the deal as sounding “even worse” than the one negotiated by Theresa May, and argued that it “should be rejected” by MPs.

The Scottish Conservatives hit back at the first minister’s statement, saying that the “onus” was on the SNP to support the new deal, and that it would be “unforgivable” if opposition parties “put their narrow party interests, grievances and ambitions over the best interests of the country”.

Also responding to news of the agreement, Scottish Green co-leader Patrick Harvie MSP expressed similar views to the first minister, saying: “The people of Scotland voted overwhelmingly to remain in the EU in 2016. Since then the UK Government has treated Scotland with contempt, rebuffed any attempts at compromise, and fatally undermined the devolution settlement.

“It’s clear that a growing majority of Scots want absolutely nothing to do with Boris Johnson’s Brexit Britain. The people must now be given a say over the future direction of our country: do they want Scotland to be an independent country in Europe, or do they want us to remain shackled to Boris Johnson’s little England?”

Other nationalist parties have also responded to the deal with scepticism. Plaid Cymru Westminster leader Liz Saville has called on the UK Government to “release the impact assessments of their so-called deal” and allow MPs to “see the effects of what we will be voting on.”

Saville said: “This deal will define our economy, society and children’s future for generations – to vote on it blindfold without any idea of its impact would be deeply irresponsible.

“If, as has been rumoured, a border down the Irish Sea will be created, the Welsh economy will take a significant hit – especially in places like Holyhead.”

Saville has made a fresh call for a second referendum on EU membership, describing the version of Brexit proposed by the new agreement “nothing like that which was promised” during the original 2016 plebiscite.

In Ireland, Sinn Féin President Mary Lou McDonald responded to the deal’s announcement by emphasising that there is “no such thing” as a good Brexit.

“Ireland’s interests must be protected. Any deal can only mitigate the worst effects of Brexit; a least worst option.” Sinn Féin President Mary Lou McDonald

McDonald said: “I welcome the fact that an agreement has been reached between the European Union and the British government.

“There is no such thing as a good Brexit. Brexit is being foisted on the north of Ireland against the democratic wishes of the people.

“As a party, Sinn Féin has worked to defend Irish interests from the worst impacts of Brexit.

“It was Sinn Féin who first made the case for a ‘designated special status for the north within the EU’ and it was Sinn Féin who insisted on the protection of the Good Friday Agreement and no hard border on the island of Ireland as bottom lines.

“We have also insisted that no veto can be given to Unionism. Ireland’s interests must be protected. Any deal can only mitigate the worst effects of Brexit; a least worst option.”