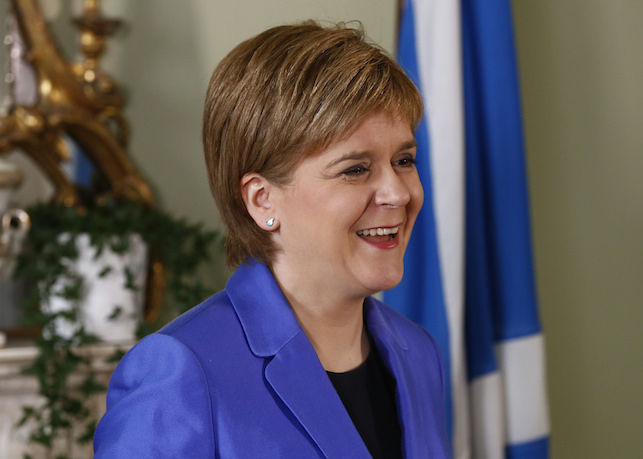 SNP LEADER Nicola Sturgeon is second only to Elizabeth Windsor, the Queen, when it comes to women in positions of power across the UK.

Sturgeon, who in the past year has been a leading political figure across the UK since the SNP became the state’s third largest party, was ranked fiftieth in the world on the annually-compiled list.

Sturgeon, unsurprisingly, was the highest women from Scotland in the top 100 – and came second only to Windsor (29th) on the global rankings.

German leader Angela Merkel topped the list for the sixth year in a row.

Seven of the top ten women listed were from the United States, including presidential candidate Hillary Clinton (second) and chair of the US federal reserve Janet Yellen (third).