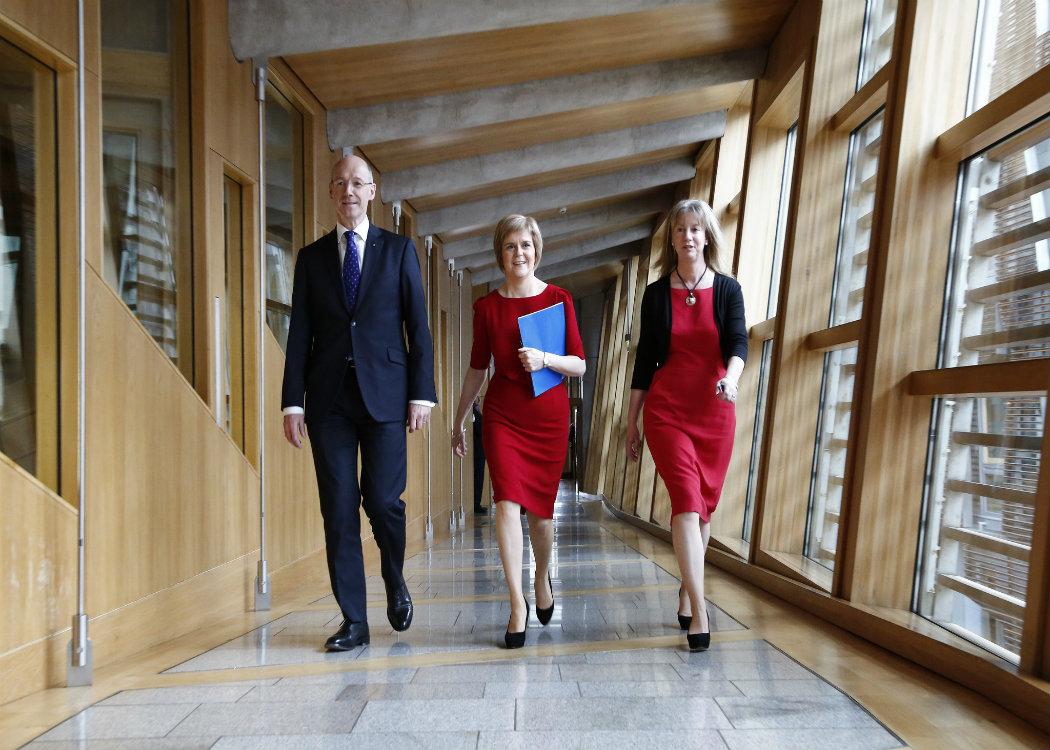 SNP provides a flavour of 2016 manifesto

NICOLA STURGEON focused on Scotland’s housing crisis, education and poverty alleviation as she outlined the SNP’s 2016 manifesto in the opening address to the party’s conference in Aberdeen.

Among the initiatives put across to conference, Sturgeon promised to build new houses in an attempt to tackle Scotland’s escalating homelessness crisis.

Sturgeon said that the SNP has created “a new generation of council house building. And we have taken steps to safeguard social housing for the future by abolishing the right to buy.”

She added: “We must now go further and we will. I am therefore announcing today a bold new commitment. If we are re-elected next May, our target in the next parliament will be to build at least 50,000 new affordable homes.”

The first minister kicked off her conference address with a message about the exponential growth of the party: “The scale of our conference this week is simply awesome.

A continuing theme in the opening address was that of Conservative austerity measures and, specifically, the Labour party’s indecision around whether or not to support the cutbacks.

Sturgeon stated: “Whether on the economy, or Trident, or even the question of whether UK forces should take part in air strikes on Syria, Labour is a party divided and in disarray. In fact, the only thing clear about Labour – and it becomes clearer by the day – is this.”

She added: “Labour is unreliable, unelectable and unable to stand up to the Tories.”

Another issue that dominated the opening speech was the UK’s up coming referendum on EU membership. Sturgeon referenced David Cameron’s pledge to the people of Scotland that voting to stay in the UK would ensure stability – noting that, consequently, a move to leave the EU may trigger increased public support for independence.

On the prospect of a second Scottish independence referendum, Sturgeon stated that she respects Scotland’s decision to remain as part of the UK, and would thus not put a second referendum into the SNP’s upcoming manifesto.

However, she added: “If there is strong and consistent evidence that people have changed their minds and that independence has become the choice of a clear majority in this country, then we have no right to rule out a referendum and we won’t do that either.”

“And it will put before the people of this country a truly progressive policy programme to support our economy, create a fairer society and improve our public services.”