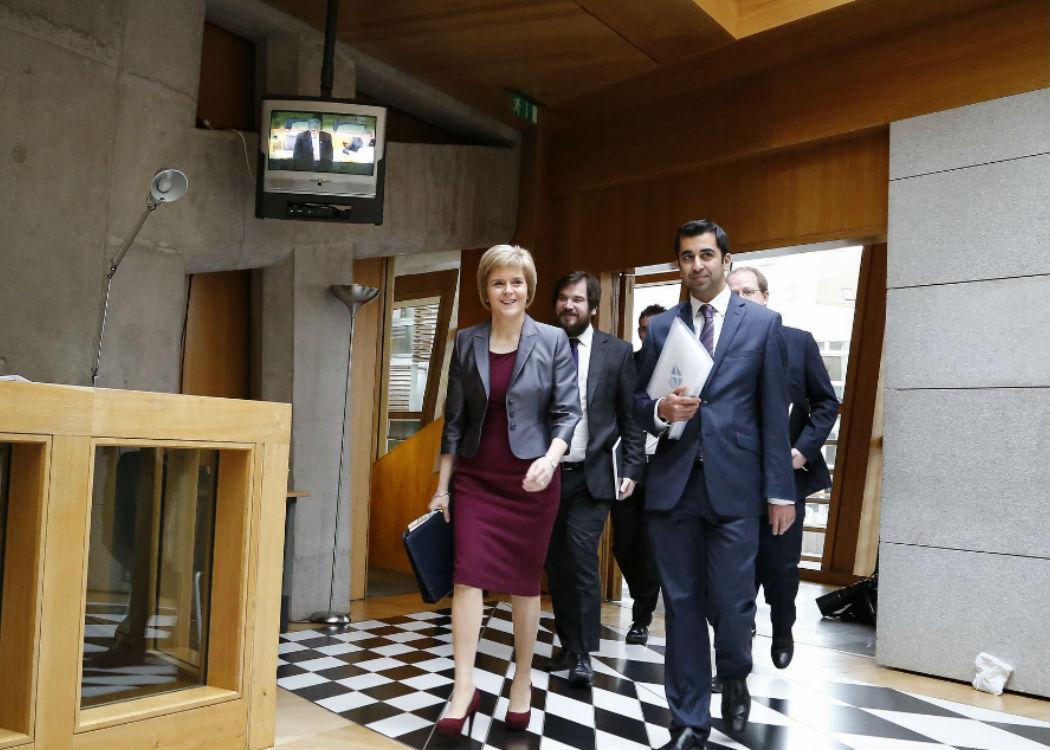 NICOLA Sturgeon is set to make a series of visits south of the border in order to make the case for a “progressive alternative” ahead of May’s General Election.

The First Minister made a highly publicised speech at University College London (UCL) earlier this week.
During the speech and subsequent media appearances, Sturgeon said the human cost of austerity was “too high” and argued for an increase in public spending.

She is set to follow this up with more speeches in London and the rest of the UK over the coming months.

Various polls indicate that the SNP is set to win the majority of seats in Scotland, meaning that it could hold the balance of power in a hung parliament.

Sturgeon has categorically ruled out any deal with the Conservatives, but has suggested that the SNP could ‘prop-up’ a Labour government on a conditional basis.

Speaking to the i newspaper, Sturgeon said: “One of the things where the SNP could really make a difference, if we are a force in the next Westminster Parliament, is to build alliances for some of the progressive changes we would like to see.”

When asked about distrust of the SNP in England, Sturgeon added: “Part of the reason I am spending time in London and will be spending time in other parts of England is to make the case that that’s been misplaced.”

The SNP has said a formal coalition with the Labour Party is unlikely but said it could provide support on an issue-by-issue basis.

Abadoning austerity and scrapping the Trident nuclear programme would also be key in any potential deal with Labour after the election, Ms Sturgeon has said.

Meanwhile, the Common Weal think-tank and campaign group recently announced that it is set to attend a series of events and meetings in London aimed at building and improving working relationships between the left in Scotland and England.

Director Robin McAlpine is set to meet with the New Economics Foundation, Compass, Positive Money, and Red Pepper Magazine among other progressive organisations.

The group has also launched a ‘Red Lines Campaign‘ aimed at encouraging a consensus among smaller parties around progressive policies in the run up to the General Election. The issues that Common Weal is urging parties to take a ‘red line’ on are; ending austerity; introducing a Living Wage; scrapping Trident; greater devolution across the UK; and replacing the House of Lords.