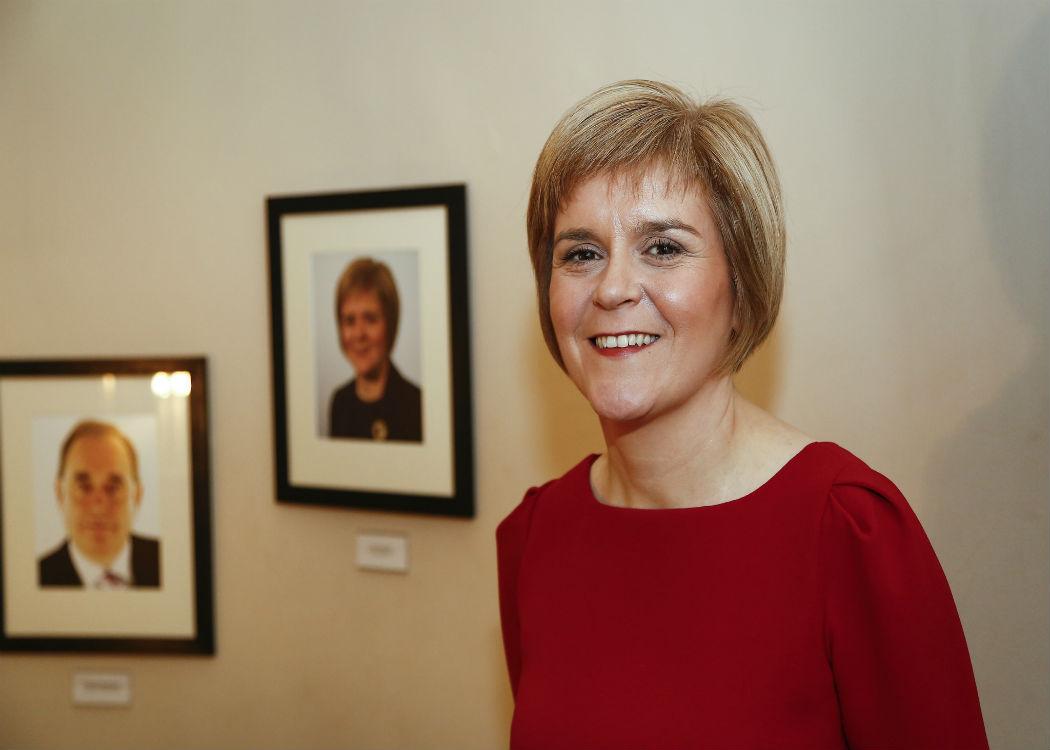 FIRST MINISTER Nicola Sturgeon addressed the STUC annual conference on Tuesday, and promised to make the voice of trade unions and their members heard at Westminster if SNP MPs hold the balance of power after the General Election in May.

Over 600,000 trade unionists in Scotland are affiliated to the STUC, and Sturgeon said to delegates at the conference: “My pledge to you and the country is this: if there is a big group SNP MPs we will use that influence to strengthen Scotland’s voice, and an essential part of that is to increase your voice and your members.”

Sturgeon said she would “vigorously and loudly oppose” any attempt by the Tories to change strike ballot rules so trade unions require 50 per cent of members to vote (as well as over 50 per cent in favour) to take industrial action.

She said she shared similar views to Labour leader Ed Miliband on improving working conditions, ending zero-hour contracts and the minimum wage, but stated that she was “saddened” by the fact that Miliband still plans to “continue with failed cuts agenda”. She received polite applause from the audience when she said the party planned to “make sure the Tories are replaced not by a Tory-lite government, but by a government that is better and more radical.”

The Scottish Government’s Working Together Review, chaired by former SNP minister Jim Mather and involving the STUC and other trade unions, found that the economy and society is improved by stronger trade unions and more empowered workers.

Sturgeon said that one of the recommendations of the review, to launch a Fair Work Convention with the trade unions to identify specific policies in Scotland to improve workplace relations, was now underway.

“The Fair Work convention will promote better workforce relations, but will also be about achieving higher economic growth and productivity,” Sturgeon said.

The trade unions have traditionally been affiliated with the Labour party, but cracks have started to develop in that relationship.

Len McCluskey, leader of the UK’s biggest trade union, said prior to Jim Murphy’s election as Scottish Labour leader that it would be “political death” for Labour in Scotland to back the East Renfrewshire MP for the top job north of the border.

Murphy criticised Unite over its role in the Falkirk candidate selection fiasco, which saw Unite activist Stevie Deans suspended from the party. An internal Labour review eventually absolved Unite of any wrongdoing.

The Miliband-led Collins Review disconnected Labour’s organic relationship with the trade unions, so that trade union members now have to opt in to the political fund that provides the majority of Labour party funding (previously they were opted-in by virtue of trade union membership).

Despite the changes, the biggest donor to Labour’s General Election campaign has still been Unite the union.