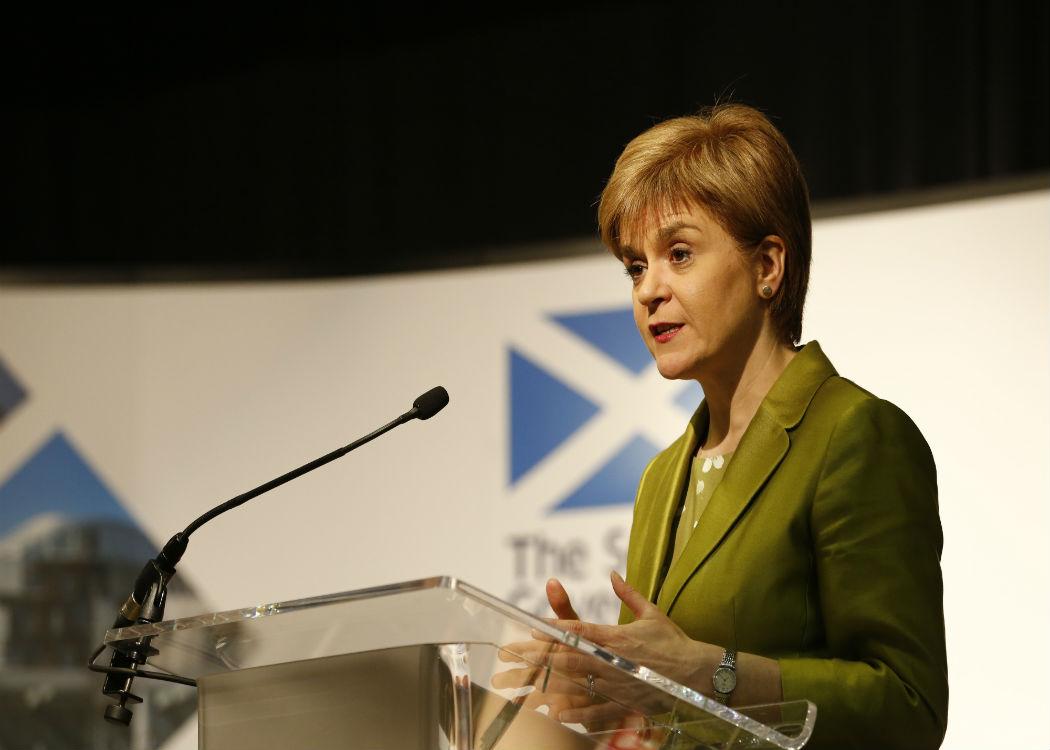 FIRST MINISTER Nicola Sturgeon has said that there is a danger that bombing will help rather than hurt Daesh (Islamic State) in Syria, and that this consideration is a key factor in the SNP’s 54 MPs opposing bombing.

The comments come before a vote on Syrian airstrikes today (2 December) in the UK parliament. The House of Commons is expected to vote by a majority in favour of bombing after Labour leader Jeremy Corbyn decided not to ‘whip’ his MPs to take an anti-bombing position.

Quoted in the Scotsman , Sturgeon said: “The case has not been made that adding UK airstrikes to those already being carried out by a range of other countries and in the absence of a ground strategy will make a meaningful contribution to defeat of Daesh.

“The point about reliable, effective and co-ordinated ground forces is not an academic point. Without them, the targeting of airstrikes is more difficult and the likelihood of civilian casualties is greater. Without effective ground forces the question of who takes, retains and governs territory vacated by Daesh remains unanswered.

“The real danger, in our judgement, is that a military intervention would result in civilian casualties and more chaos on the ground in Syria, [which] ends up, albeit entirely inadvertently, helping rather than hindering Daesh. It is for these reasons that I can confirm that SNP MPs will vote against airstrikes in the House of Commons tomorrow.”

The new moves to bomb Daesh positions in Syria have come in the wake of the Paris attacks. In 2013 Cameron lost a vote in the Commons to launch airstrikes against the Assad government, Daesh’s enemy.

The SNP has previously said that it would not support airstrikes in Syria without a UN chapter seven mandate.

Daesh have emerged from a four year long civil war in Syria . The U.S and others have been bombing Daesh positions in Syria for over 15 months.