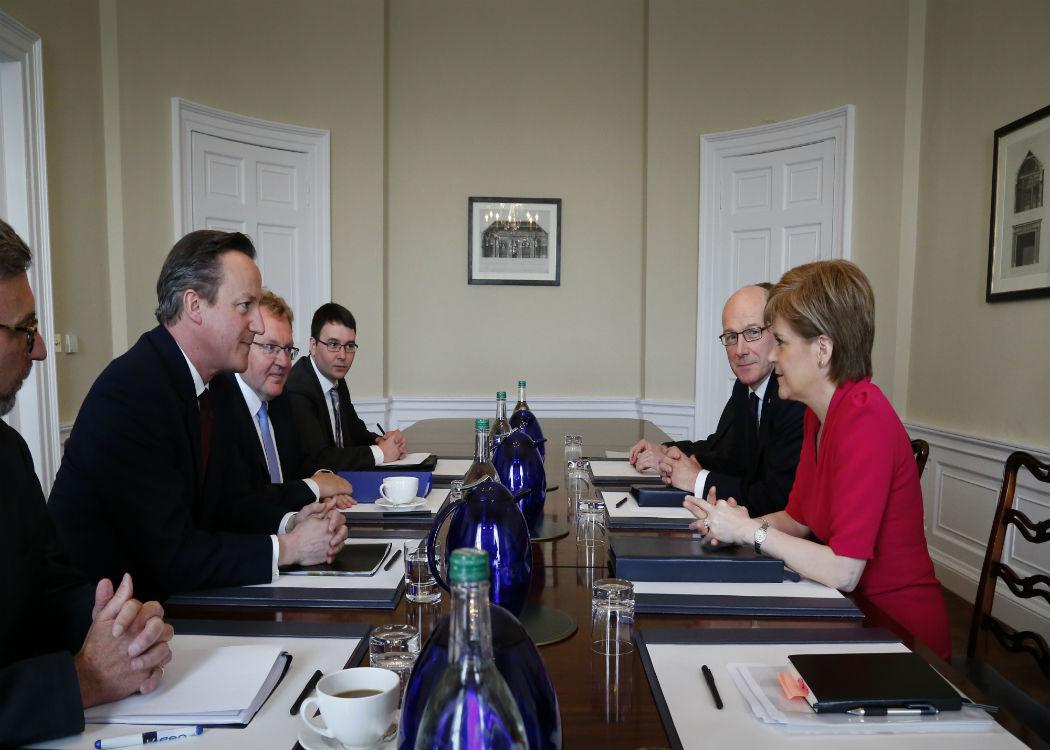 FIRST MINISTER Nicola Sturgeon has written a letter to Prime Minister David Cameron and spoken out about the refugee crisis which has seen thousands of people encamped at the French port of Calais and many thousands more flee Africa and the Middle East for Europe.

Quoted in The National , Sturgeon said: “I’ve written to David Cameron and made clear that if there is an agreement on the part of the UK Government to fully participate in an EU-wide relocation scheme, and I think there should be, then Scotland would play its full part.”

Commenting in remarks made by Labour leadership hopeful Yvette Cooper that Britain should accept 10,000 refugees within a month, she said: “It’s welcome to hear a UK politician like Yvette Cooper say what she has said. We have consistently urged the UK Government to take a more humanitarian approach to this… I wish we would stop calling them migrants.

“They are human beings and we are seeing human beings in a situation of great adversity and I think many people would want to see the UK play a part in a humanitarian response.” Nicola Sturgeon

“They are human beings and we are seeing human beings in a situation of great adversity and I think many people would want to see the UK play a part in a humanitarian response,” she added.

Liberal Democrat leader Tim Farron also weighed in, saying the UK’s response to the crisis has been “disengaged” and “cold”: “There is a humanitarian crisis on our doorstep but we are disengaged, cold, and irrelevant. We must take our fair share of refugees,” he said.

Prime Minister David Cameron had earlier stated that the government could not accept “more and more” refugees: “We have taken a number of genuine asylum seekers from Syrian refugee camps and we keep that under review… I don’t think there is an answer that can be achieved simply by taking more and more refugees,” he said.

Around 350,000 refugees are known to have travelled to Europe in 2015, mainly fleeing war and economic crisis.

Around 2,500 are believed to have drowned in the Mediterranean this year.