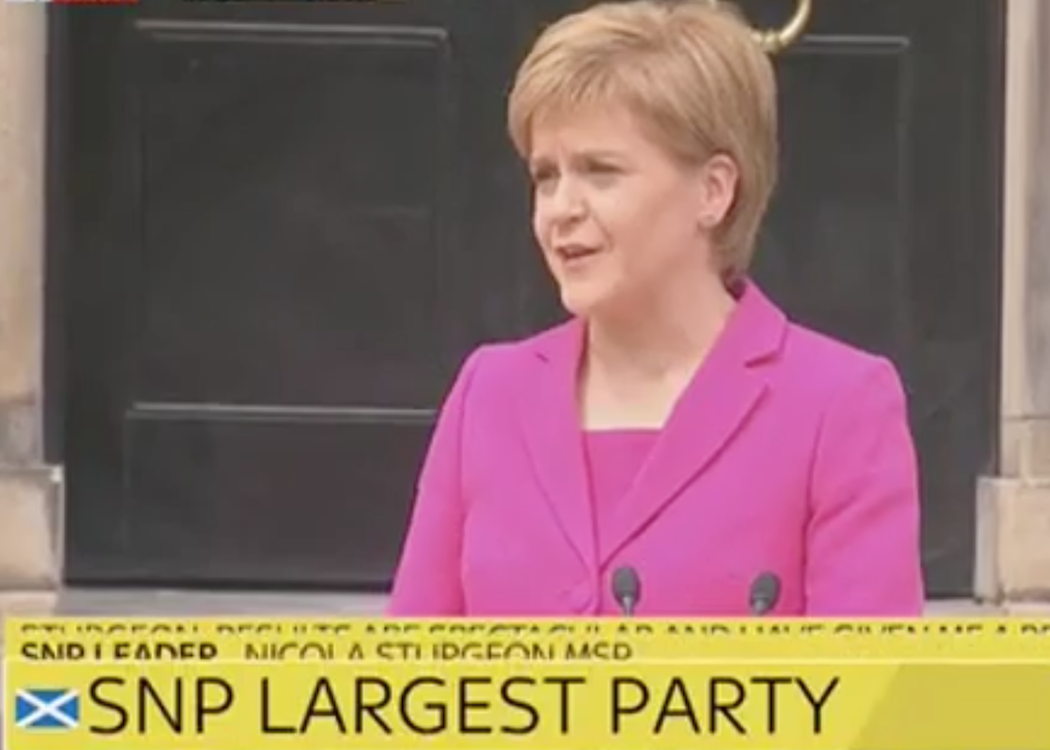 THE SCOTTISH NATIONAL PARTY will not “seek any formal arrangement with any other party” in its plans to form its third successive national government.

Party leader Nicola Sturgeon confirmed her plans to lead a government on a more flexible basis alongside opposition MSPs where there are shared interests.

The statement follows the historic third successive Scottish election victory for the party that delivered 63 of Scotland’s 129 MSP seats to the nine year incumbents.

Speaking outside Bute House, Sturgeon said: “With such a large number of MSPs elected I do not intend to seek any formal arrangement with any other party.

“The government that I lead will be inclusive. It will deliver on the commitments we made to the Scottish people – but it will also reach out and seek to work with others across the parliament to find common ground and build consensus.

“Election campaigns inevitably focus on differences and dividing lines – but I believe that if we choose to find it, there is common ground aplenty to build on.”

“With such a large number of MSPs elected I do not intend to seek any formal arrangement with any other party.” Nicola Sturgeon

The crucial pledge to focus on common ground through discussion rather than a “formal arrangement” ends any possibility of a coalition deal between the SNP and the smaller Scottish Greens or Liberal Democrats.

With six and five MSPs respectively, both parties have enough votes to ensure a majority for the SNP and the re-election of Sturgeon as first minister when the parliament reconvenes next week.

However, any votes to put the SNP in power would require a compromise on certain policy agendas – creating an informal agreement to work on certain areas or disregard part of the SNP election manifesto.

The Scottish Parliament has returned a majority of pro-independence MSPs. Yet it remains uncertain if or when any second referendum could be held or whether it would gain support in Edinburgh and London.

Addressing the issue, Sturgeon added: “And on the question of independence, the SNP will make our case with passion, with patience and with respect. But our aim is to persuade, not to divide. We will always respect the opinion of the people – now and in the future – and we simply ask that other parties do likewise.”

The SNP have pledged to launch a pro-independence listening exercise this summer to consider how the case for independence could be strengthened.

First of all, the Scottish Parliament will select its government, first minister, and presiding officer over the next fortnight.