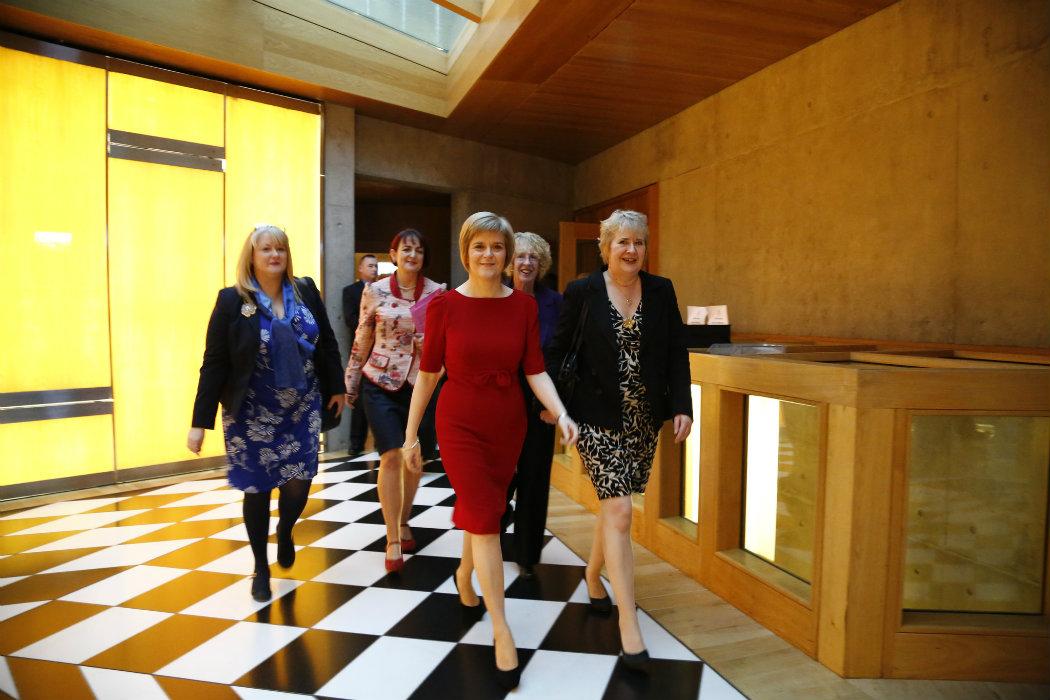 First Minister Nicola Sturgeon talked feminism, the arms trade and even Scottish hip-hop when she spoke politics and reminisced over university days with student magazine qmunicate this week.

Following a lecture at her old university in Glasgow’s west-end, Sturgeon answered questions from student reporters.

When asked whether Sturgeon would call herself a feminist she answered “Yes. Proudly.”

Sturgeon is the first female leader of the Scottish Government and the first leader in Britain to lead a gender-balanced cabinet.

qmunicate reporters Louisa Burden and Max Sefton quizzed Sturgeon on the independence referendum, gender equality and her time at university.

When asked what she learnt during her time at Glasgow University, Sturgeon said: “It taught me what the best bars on Byres Road are! It’s not there anymore, but Bonhams was my favourite for a while, and Tennent’s was a regular haunt. But I don’t want to make it sound like I spent my entire university career in pubs!”

On a more serious note, Sturgeon criticised Westminster’s record on arms exports: “I’m a very strong advocate of ethical foreign policy and ethics in arms sales. I think the UK government has not always covered itself in glory in terms of who it provides arms and weapons to.”

“If you think back to the Iraq war, we were there fighting against a government who just a few years previous to that had been getting supplied weapons by the governments that were now fighting them.”

Of course any top interview isn’t complete without a curve-ball question to finish.

When asked her opinion of the state of Scottish hip-hop, Sturgeon conceded: “I can’t say I’m too up to date,” before adding, “but I love Stanley Odd. ‘Son I voted Yes’ still makes me tear up.”