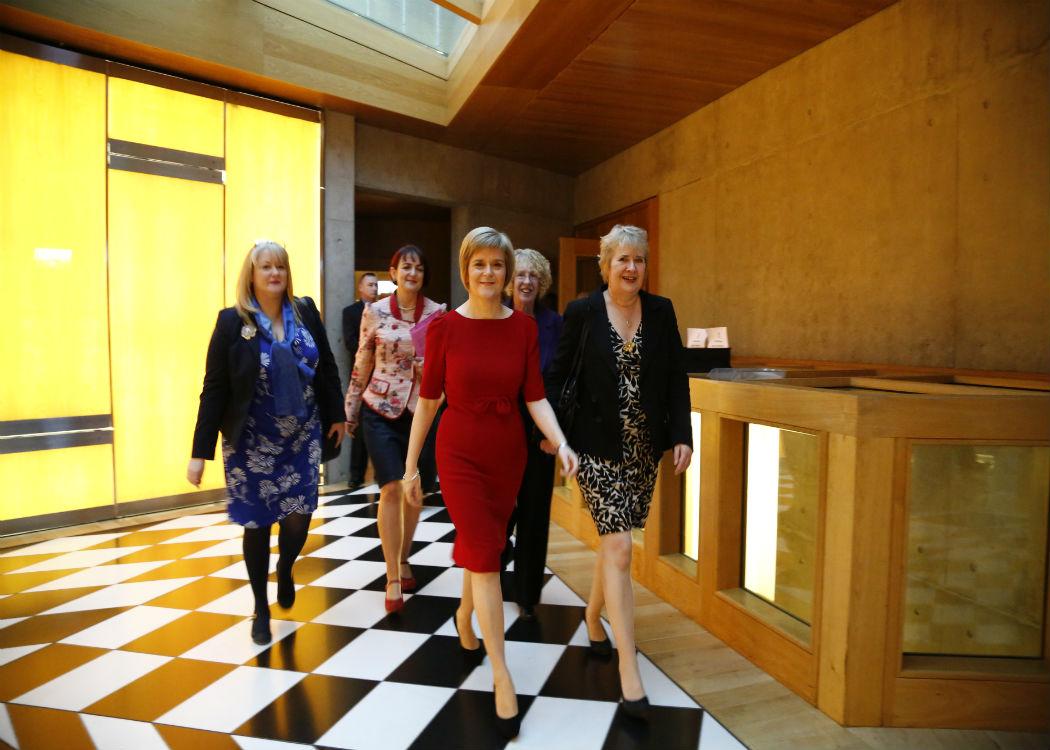 AN SNP POLICY of women candidates not sharing a platform with Tommy Sheridan has apparently been abandoned just days after it was adopted, as SNP leader Nicola Sturgeon is set to speak alongside him at an election event in Govanhill.

SNP Glasgow list candidate Suzanne McLaughlin had to stand down from a hustings for the 2016 Scottish elections in Govan last week (13 April) after her party instituted a new policy of women candidates not speaking alongside the controversial Solidarity party leader. Her position was taken at the debate by fellow SNP Glasgow list hopeful Ivan McKee.

Asked whether Sturgeon would adhere to the policy and not speak at the Crosshill and Govanhill community council hustings tonight (18 April) an SNP spokesperson told CommonSpace: “The First Minister will be attending the hustings in her constituency tonight.”

CommonSpace had initially been told by an SNP spokesperson that they were unaware that Sheridan had been billed for the event, but that in any case Sturgeon was not scheduled to appear at the hustings.

The spokesperson did not answer CommonSpace’s question regarding the apparent abandonment of the previously stated position that women candidates would not share hustings with Sheridan.

Sheridan was the subject of a ‘no-platforming’ policy by Women for Independence during the Scottish Independence Referendum over allegations of misogynistic conduct during his split from the SSP in 2006.

“It is my opinion the story that appeared concerning this issue was woefully inaccurate and mischievously designed to try and harm me politically. I believe it had not a morsel of truth in it.” Tommy Sheridan

Sturgeon has also previously said she will not share a platform with the former socialist MSP.

Speaking to CommonSpace, Sheridan alleged that the SNP has never had any policy of ‘no-platforming’ him, and that the original CommonSpace story was concocted to harm him politically.

He said: “I think it is the creation of spiteful individuals to create trouble and strife. It’s rubbish.”

“It is my opinion the story that appeared concerning this issue was woefully inaccurate and mischievously designed to try and harm me politically. I believe it had not a morsel of truth in it,” he added.

Both McLaughlin and an SNP spokesperson confirmed the policy to CommonSpace and to other journalists.

Sturgeon and Sheridan will join candidates from across the political spectrum at the Crosshill and Govanhill hustings, which can be watched live from 6:45 here .