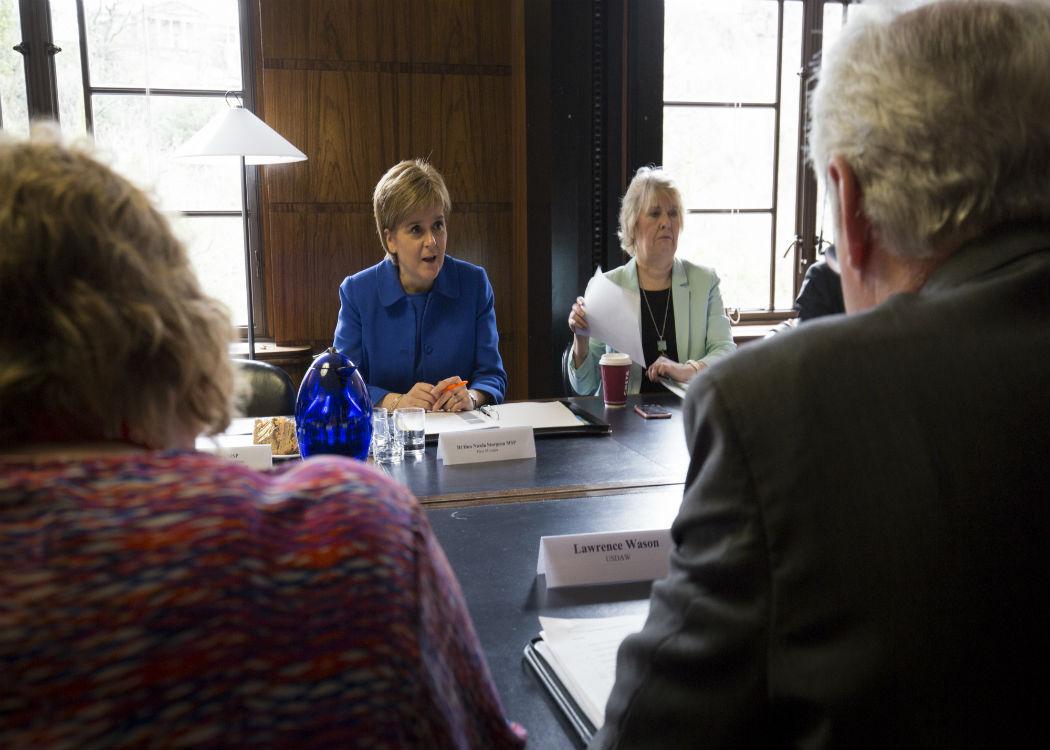 NICOLA STURGEON has said that if she is re-elected on 5 May, her government will consider the establishment of a fund to help “modernise” trade unions and enhance their role in society.

Speaking to CommonSpace reporter David Thomson, Sturgeon said that the next SNP government’s plans for strengthening trade unionism went beyond opposition to the tory Trade Union Bill, which will add further restrictions to trade union activity in the UK, already one of the most regulated trade union movements in Europe.

She said: “One of the things we are really keen to look at is setting up a fund to help trade unions modernise and build on the role they already play in our economy, and it’s really about illustrating that our relationship with trade unions is about more than opposing anti-trade union legislation, important though that is.

“It’s also about enhancing the role that trade unions play in our society. I see them as partners and I want to work with trade unions to help them maximise that role.”

Discussion of the SNP’s plans for trade unions and the plight of the Carron Phoenix workers can be heard from 15.05 minutes on David Thomson’s podcast

The comments came after a speech to the 119 th national conference of the Scottish Trade Union Congress (STUC), held in Dundee, which saw the SNP leader announce a range of measures aimed at pushing-back economic exploitation , including disqualification from public contracts for companies which use exploitative employment practices and a crackdown on councils which fail to close the gender pay gap between men a women.

Sturgeon made time during her visit to the STUC conference to meet with shop stewards at the Carron Phoenix plant in Falkirk, which is earmarked to close by Swiss owner Franke group with the loss of 200 jobs.

Solidarity for the Future:How can trade unions overcome their generation gap?

Speaking with CommonSpace immediately after the meeting, Sturgeon said: “Obviously the Carron Phoenix workers are extremely concerned about their future and their jobs and livelihoods, I’ve given them a commitment that we will do everything possible to explore ways of securing the future of that manufacturing plant.”