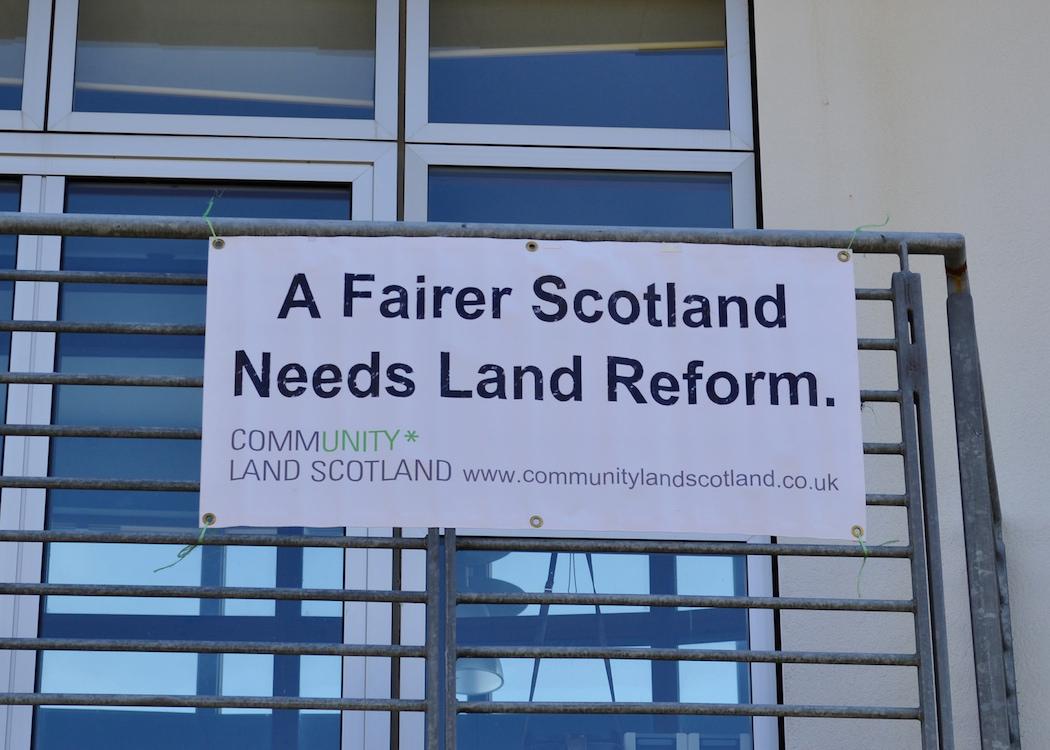 PROPOSALS TO FREE vast areas of underused or derelict land owned by the few for economic development and social good will be considered by a future SNP government, First Minister Nicola Sturgeon has confirmed.

The Scottish Greens want a redistribution of land , often concentrated in estates owned by the rich, into thousands of small private and community holdings.

The Land Reform Act 2016, recently passed by the Scottish Parliament, was criticised for not going far enough to tackle the vast inequalities of land ownership in Scotland.

Asking Sturgeon about the possibility of reforming the Land Settlement Act (1919) to redistribute land, green co-convener Patrick Harvie MSP asked: “We still have hugely concentrated patterns of land ownership in Scotland, and that needs to change. Does the first minister agree that a modernised land settlement act would be a natural next step in Scotland’s land reform journey?

“Does she agree that such legislation could unlock the power of our land and enable many more people to access land for productive use, for food, for homes, and for regeneration at a human scale, ensuring that Scotland’s land is put to the use of Scotland’s people — all our people — to serve the common good instead of the private interests of a tiny, entitled few?”

Land reform campaigners await the publication of party manifestos for further details on what actions are planned during the next parliament.

Recognising that further land reform actions are required, Sturgeon said she was open to taking action to redistribute land.

“If we are re-elected in a few weeks’ time, I will be happy to consider whether a reformed land settlement act fits into our wider plans for further land reform,” the SNP leader replied.

“I agree with the sentiment of Patrick Harvie’s question. We have made huge strides forward in this parliamentary session, but, as the minister said last week, this is not the end of the journey.

“There is still work to be done on land reform and I hope that this parliament, when it is re-elected, whatever its shape, form or balance after the elections in May, will take forward the journey with the same ambition and spirit that was shown in this session of the parliament.”

In the last week of parliament the SNP rejected proposals to end tax haven ownership of land and plans to tax derelict urban space for community redevelopment.

SNP MSPs claimed they faced damaging legal threats from landowning interests if further action was taken in the bill.

Land reform campaigners await the publication of party manifestos for further details on what actions are planned during the next parliament.