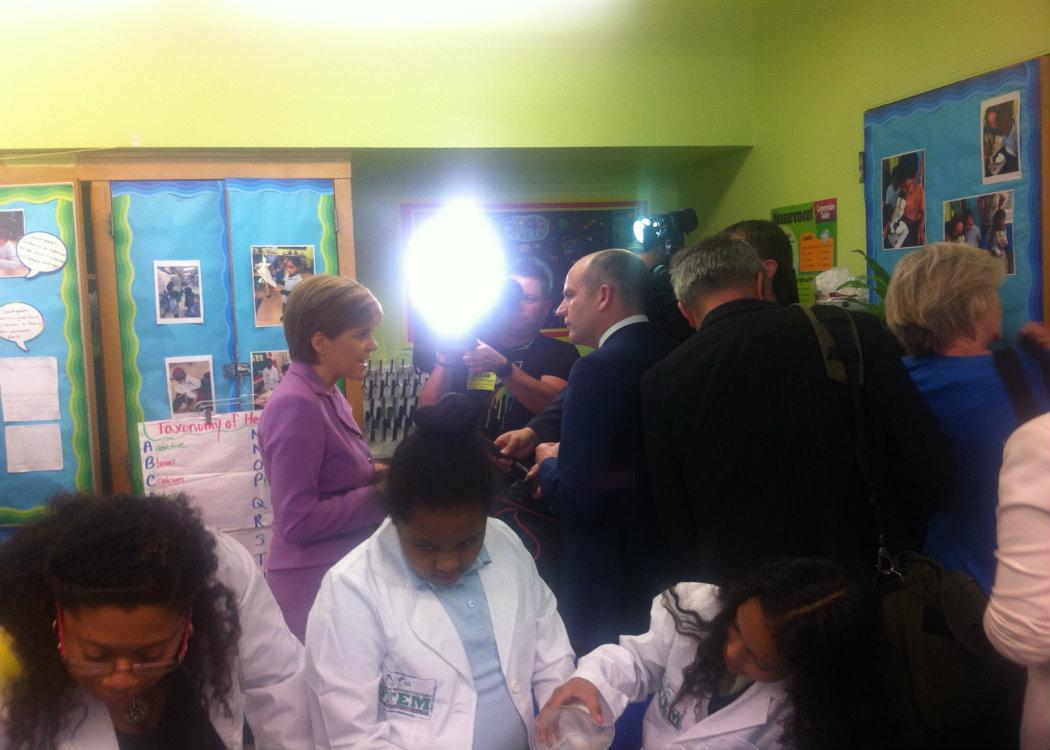 CommonSpace reports from the start of the first minister’s U.S. tour, a visit to Daniel Hale Williams school in Brooklyn

Recent criticism of attainment levels in Scottish primary schools has led to a renewed push from the Scottish Government to tackle educational inequality and consider new education policies.

After speaking with the school principal and teaching staff, Sturgeon told CommonSpace: “We spoke about parent’s roles and the work that’s being done to improve their leadership in schools and the quality of teachers. I’m interested in the early intervention work we have in Scotland of early years education and its very interesting to see that here.

“One of the particular things I was keen to understand is how, particularly in the early years of school, children are monitored.”

The assistant principal of the school, Ms. Goldburg, told CommonSpace: “We focus on emotional and social learning, especially working on ‘TTO’ (Talking Things Out). So we don’t only support testing, but also how to work together and resolve conflicts.”

In Scotland the ‘Curriculum for Excellence’ developed by the Labour executive and then implemented under the Scottish National Party is the flagship policy for developing a fresh approach to the classroom.

Goldburg said: “It’s important to ask who is making policy. Is it the educators? That’s really important.”

Campaigns to reform education in Scotland have focused on the case of St Joseph’s primary in Milngavie, where parents and community groups have argued that they should run the school on a community basis to save it from closure.

The Scottish Government points to its PS100 million ‘attainment challenge’ funding as a progressive measure to improve standards and reduce inequality.

The Conservatives have called for more rigorous testing, while the Liberal Democrats support a pupil premium funding system.

In the lead up to the 2016 Scottish election, all political parties will face the challenge of developing education reforms that win the confidence of teachers and the public.

Sturgeon’s tour continues with visits to a local hospital and then a speech at Glasgow Caledonian University’s New York campus.