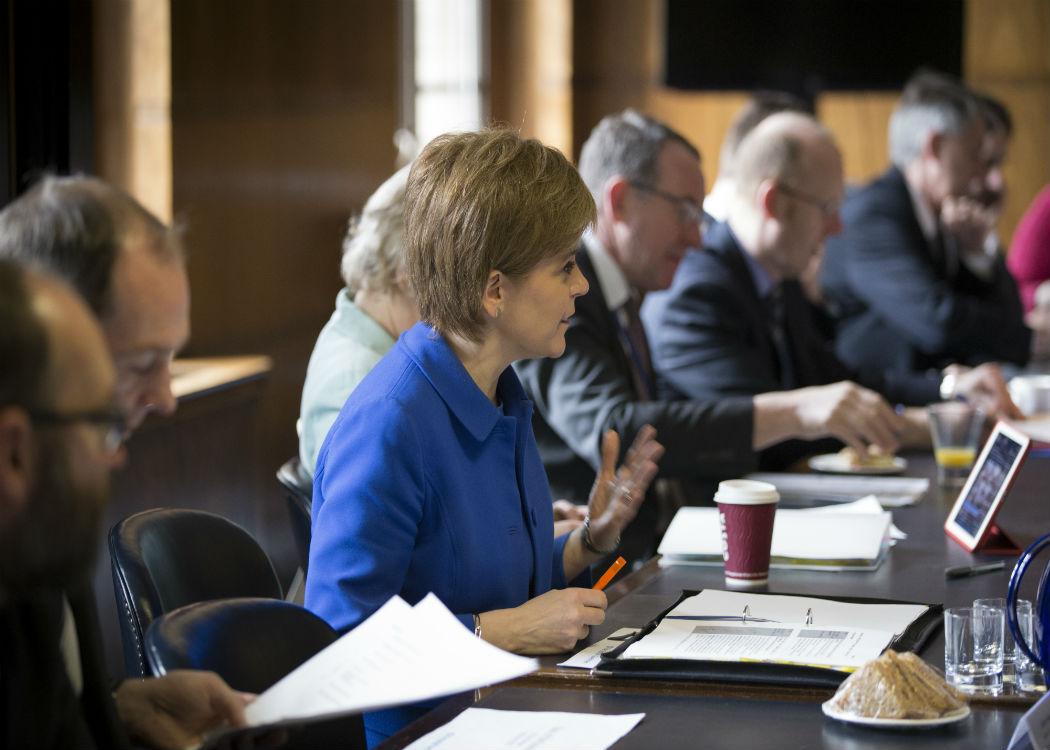 SNP LEADER Nicola Sturgeon has told Scottish trade unionists that under her the Scottish Government will do “everything that we possibly can” to ensure that companies engaging in exploitative work practices do not benefit from public procurement.

Speaking at the Scottish Trade Union Congress (STUC) annual conference in Dundee on Tuesday, Sturgeon listed zero-hours contracts and tax evasion as practices that could earn companies exclusion from benefiting from public contracts.

Sturgeon told delegates that the SNP would crack down on councils and other employers that fail to close the gender pay gap.

The announcements represents a change in mood from October 2015, when the Scottish Government gave responsibility over some Scottish water services to Anglian Water , a corporation which has faced a range of criticisms over tax avoidance, pollution and paying top executives high corporate bonuses.

Sturgeon, who is projected to continue on as first minister after the May Scottish elections, made the comments as part of a raft of promises to put pressure on exploitative employers.

She told delegates that the SNP would crack down on councils and other employers which fail to close the gender pay gap that still sees men paid more than women for the same work in Scotland.

The SNP leader made the announcements in a bid to woo trade unionists after coming under fire from STUC general secretary Grahame Smith for failing to implement more radical tax changes, including retreating on a long-held SNP policy of replacing the council tax.