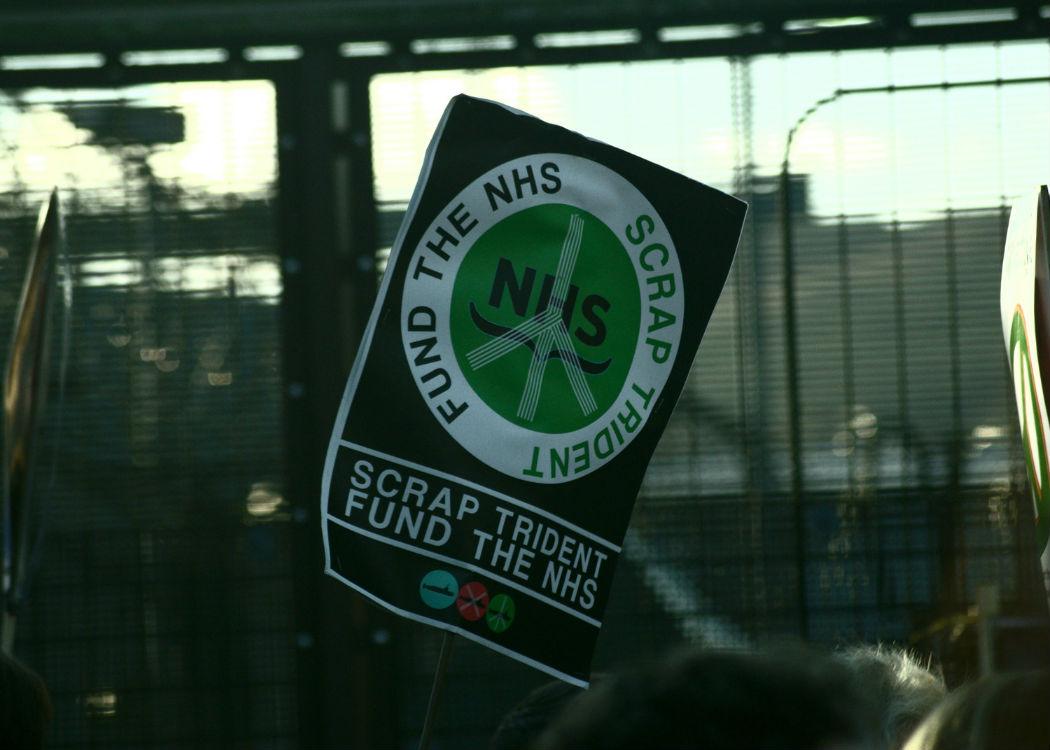 A major demonstration against the renewal of Trident nuclear weapons is set to take place in Glasgow.

The rally at George Square on 4 April will be addressed by Scotland’s First Minister Nicola Sturgeon and Scottish Greens Co-Convener Patrick Harvie MSP.

Campaigners want to influence the debate about nuclear weapons in the lead-up to the UK General Election in May.

The demonstration, organised by the Scrap Trident coalition, will be followed by a blockade of Faslane naval base on 13 April.

A similar action at Faslane in 2013 saw 47 people arrested.

A spokesperson for the Scrap Trident coalition said: “The eyes of the world are on us. Britain is part of that intransigent and increasingly isolated minority of the world’s nations that possess and deploy nuclear weapons. Right now we have a unique opportunity to lead the way to global disarmament.

“The understanding that Trident makes no fiscal or strategic sense is ever more widespread, and as we face up to the horrors of its purpose, we are pushing at a door that is beginning to creak open.

“We are urging everyone who shares this view to join us on the 4th April. Anti-Trident parties and candidates need the strong and visible support of us all.”

The renewal of Britain’s nuclear weapons is set to be decided on at Westminster in 2016. Trident is estimated to cost PS100bn over the next 30 years.

Polls suggest that the SNP will win a majority of seats in Scotland in May’s General Election and could hold the balance of power.

It has been suggested that the non-renewal of Trident will be one of the conditions for any deal with the Labour party.