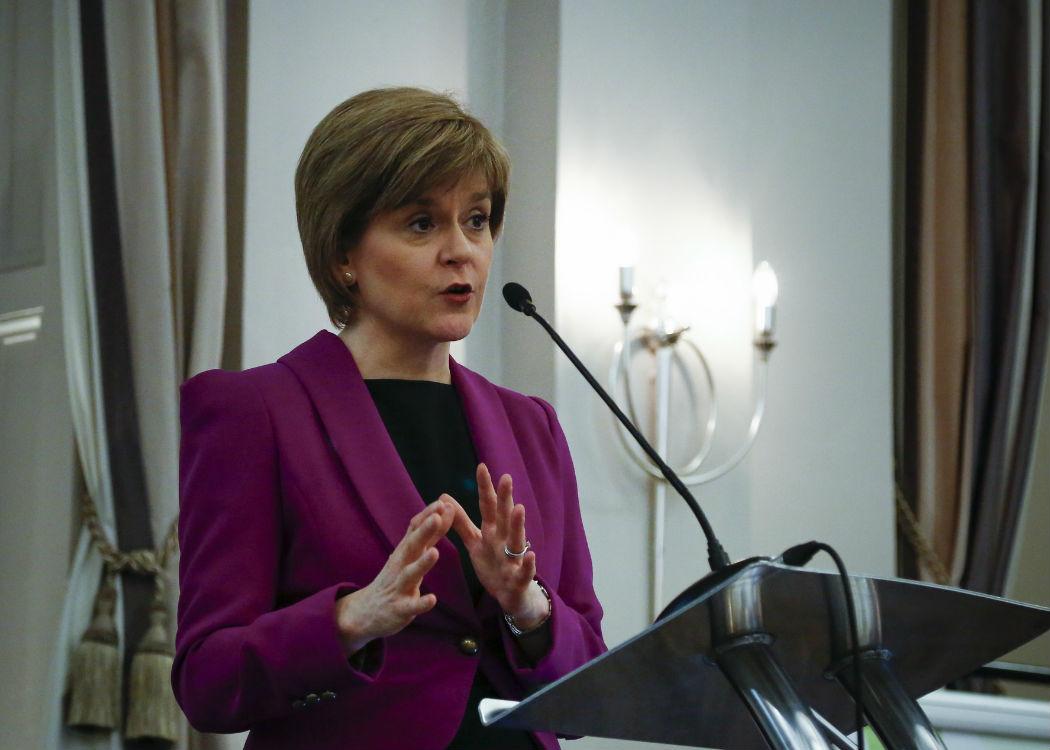 NICOLA STURGEON will use an event in Edinburgh to outline her opposition to the Conservatives’ economic plans ahead of the Queen’s Speech.

In her first economic speech since the General Election result, the first minister will say that the cuts planned by the Conservatives will “slow economic recovery and make deficit reduction more difficult”.

She will make the speech on a visit to Heart of Midlothian’s Tynecastle Stadium alongside Scottish Finance Secretary John Swinney.

The pair are launching the Scottish Business Pledge which aims to promote the Living Wage and “fairness, equality and sustainable growth”. Hearts are one of the first businesses to sign up to the pledge.

Railing against further austerity measures, Sturgeon will argue that Conservative Prime Minister David Cameron should change his approach or find ways to lessen the impact on Scotland.

She is expected to say: “The result of the General Election provides an opportunity and a challenge for the Scottish Government. There is clearly an opportunity to ensure that Scotland’s priorities are better understood.

“But there is also a significant challenge in working with a majority government at Westminster – many of whose policies we disagree with.

“We will continue to oppose spending reductions of the scale and speed that the UK government has suggested. These would slow economic recovery and make deficit reduction more difficult – something shown by the impact of the cuts imposed after 2010.”

The Queen’s Speech will be delivered at Westminster tomorrow (Wednesday) and will present the plans for the first 100 days of the new government.

Promoting the Scottish Business Pledge, Swinney is due to say: “There is a large body of credible evidence that shows progressive workplace practices, like workforce engagement, taking an active role in the community and investing in innovation, benefit companies through increased productivity, enhanced employee commitment and improved reputation.

“With the Living Wage at its core, the Pledge covers issues such as zero hours contracts, investing in young people, pursuing innovation and internationalisation and progressing diversity.

“Companies can now make their Scottish Business Pledge to demonstrate their commitment to these values and to delivering them through future plans.”