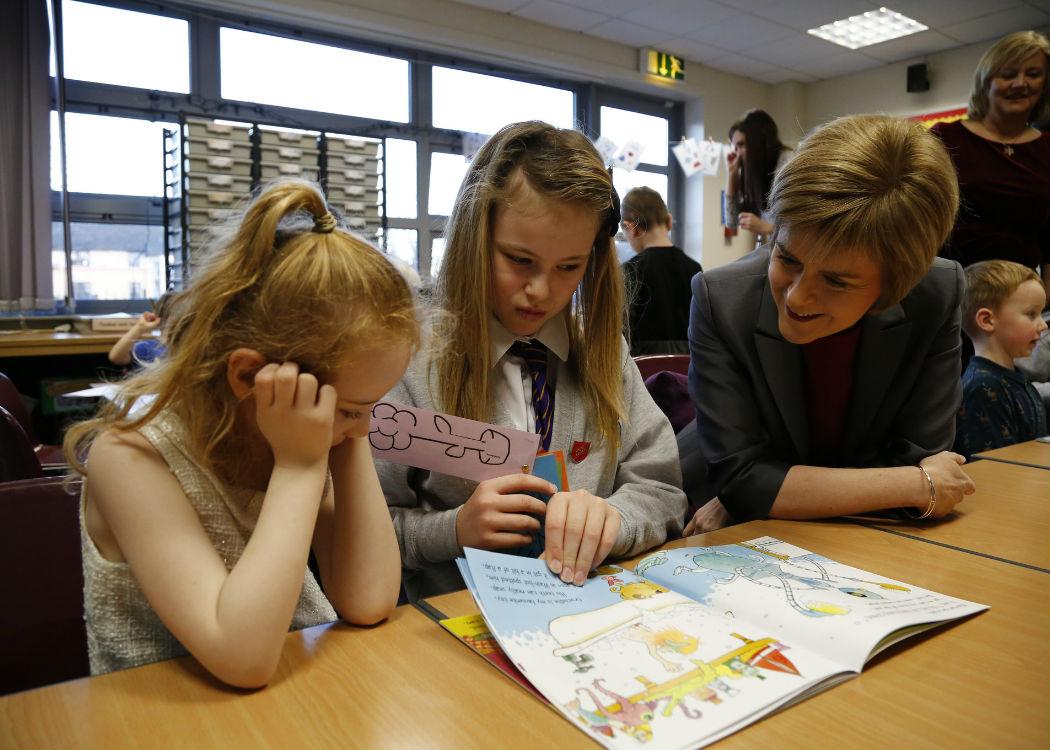 Plan is partly inspired by success of the London Challenge

The four-year scheme will be aimed at improving health and wellbeing as well as literacy and numeracy in disadvantaged communities across Scotland.

The First Minister’s proposals will be backed by a new Attainment Scotland fund which will provide PS100m of investment over four years.

The move has trumped an earlier announcement by Scottish Labour leader Jim Murphy to spend PS25m to double the number of teaching assistants in every primary school associated with the 20 poorest-performing secondaries in Scotland.

Sturgeon’s plans are partly inspired by the “London Challenge”, an initiative which ran in the city for eight years from 2003 and promoted collaboration between schools across London.

The success of the London Challenge was notable. By 2005, the performance of London schools was above the national average, and it has continued to improve, outperforming the rest of England.

Ms Sturgeon said: “We know that much more needs to be done as too many of our young people have life chances narrowed by circumstances out of their control.

“The establishment of the Scottish Attainment Challenge, backed by the Attainment Scotland Fund, signals how strongly we are committed to righting that wrong.”

Sturgeon said that the new plan would see attainment advisers appointed in every local authority and said it was vital to learn “not just from good practice here in Scotland, but also from elsewhere in the UK and overseas, to find ways of working that have the greatest impact”.

The government will “draw heavily” on the London Challenge in developing its own Attainment Challenge.

“We must do all we can within the powers and resources we have to narrow the gap and drive up standards at all levels,” said Sturgeon.

The move was welcomed by Scotland’s largest teaching union, EIS.

General secretary Larry Flanagan told the BBC: “We can learn valuable lessons by looking at the successful elements of schemes from elsewhere in the UK and further afield, and adapting these to the meet the needs of Scotland’s education system and its pupils.

“The London Challenge, in particular, was underpinned by substantial investment and significant increases in staffing resource to support the scheme.

“The key to tackling poverty and inequality is to step up investment in our schools while also increasing the number teachers working with pupils in our classrooms.”