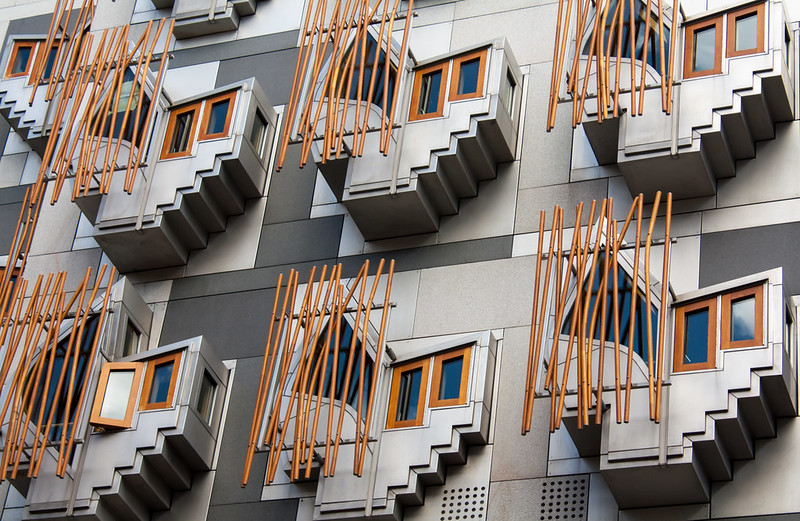 Boris Johnson’s apparent threat to seize control of the NHS from Holyrood “should alarm people across Scotland”, said the first minister

HEALTH POLICY was a focal point of today’s (31 October) First Minister’s Questions, with Nicola Sturgeon raising concerns over the consequences for the NHS of Tory trade deals with US President Donald Trump.

SNP MSP Emma Harper asked the first minister what the Scottish Government would or could do in the face of concerns about the risk to the NHS of trade deals between Prime Minister Boris Johnson and Trump after Brexit, given that the US President has said the NHS would be “on the table” in such a deal.

Amid jeering from Conservative MSPs, Sturgeon said: “I know the Tories are not really bothered about real and present threats to our NHS but I think there is one.

“I don’t think there is any doubt that, if left to their own devices and if they get their way, a Boris Johnson government would open up our NHS to Donald Trump in the interest of trade deals.”

Sturgeon cited the prime minister’s assertion at PMQs on Wednesday that the SNP could “forfeit all right to manage the NHS in Scotland” as evidence for her concerns.

Sturgeon said: “We even heard Boris Johnson in the House of Commons yesterday, I think, almost threaten to take control of the NHS away from this parliament and this government which I think should alarm people across Scotland.”

She added that while the Scottish Government could not “magic away” the problems and challenges of the NHS, it would continue its investment in the health service and ensure it is kept in public hands.

FMQs also saw the Scottish Government face criticism from Labour over its handling of the health service.

In light of an annual report on the NHS published earlier this month by Audit Scotland, Scottish Labour leader Richard Leonard said that NHS workers were being “badly let down”.

He highlighted statistics identified by Labour through Freedom of Information requests which showed that 3.5 million working hours had been lost to sick days relating to stress, anxiety or other mental health related issues. This represents a quarter of NHS staff’s sickness absence hours, while the proportion of sickness which related to mental health has increased by almost 50 per cent in four years.

Leonard said: “The SNP has been running Scotland’s health service for more than twelve years and today the human cost for patients and staff is plain to see.

“This health crisis has blown up under your watch. It is your responsibility.”

READ MORE: Siobhan Tolland: No medication for 5 days could kill me – I’m scared about No Deal Brexit

Asked what the government plans to do to address these issues, Sturgeon acknowledged that the NHS is “an incredibly difficult place to work” and that the NHS was “treating more patients than ever before”.

However, she said: “Sickness levels in the NHS fluctuate but they have remained relatively stable in recent years.”

Sturgeon insisted that the government will continue to “stand by NHS staff”, during what she described as “tough times”, and said that many NHS staff in Scotland are paid better than they are elsewhere in the UK.

She continued: “It’s only because there is an SNP government that the NHS in Scotland is the best performing health service anywhere in the UK.”

Audit Scotland also reported that a backlog of hospital repairs and maintenance of £914 million, and that capital funding from the Scottish Government has decreased by 63 per cent over the last decade.

Referring to the SNP’s Growth Commission report, which outlines a particular economic vision for an independent Scotland, Leonard said: “What does Scotland’s National Health Service need?

“Another decade of the cuts prescribed by your own blueprint for independence or the £70 billion of investment in our public services that would result from the election of a Labour government?”

Sturgeon turned this criticism around on Labour, arguing that based on proposals previously put forward by Scottish Labour, the NHS would currently be £758 million worse off, with thousands fewer nurses.

“That’s what would have happened if there had been a Labour Government,” she said.

Pressed on the issue of the health board deficits by Labour health spokesperson Monica Lennon, Sturgeon said that the Audit Scotland report reflected information which the Scottish Government was aware of and was taking action on through investment.

READ MORE: ‘This could be the beginning of the end of Big Pharma’: Campaigners react to Labour public drugs manufacturer policy

Sturgeon added: “I stand to be corrected if I am misremembering this [but] at no point in the last few years during budget negotiations have Labour come to the finance secretary Derek Mackay and asked for more funding for the NHS.”

Several other MSPs raised questions relating to the health service, including delays to the Edinburgh Sick Kids Hospital; the distance which women in Moray have to travel to the nearest maternity ward; the refusal of some health boards to offer an Attention Deficit Hyperactivity Disorder (ADHD) assessment to adults.

Concerns were also raised over cuts to residential drug and alcohol rehabilitation services, and the potentially discouraging effect of a notice from a Glasgow GP surgery which advised that patients on a list of addictive medications would be required to undergo withdrawal upon registration.