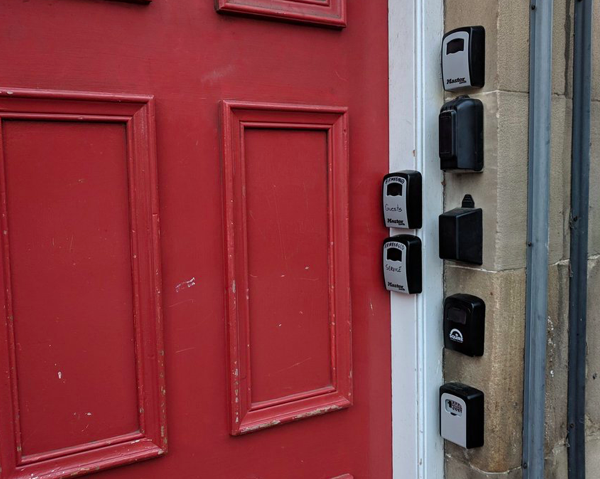 SCOTTISH local authorities which have seen the number of AirBNB short-term holiday lets surge in recent years have welcomed First Minister Nicola Sturgeon’s announcement of plans to regulate the sector.

As part of her speech to SNP conference on Sunday [28 April], Sturgeon announced a new public consultation to “control the number of lets and ensure they make a contribution to the services they use”.

The First Minister told the conference in Edinburgh: “For many people, accommodation provider Airbnb has enabled cheaper, more flexible travel. It’s one of the reasons Scotland’s tourism industry is booming. But for others – particularly in tourist hot spots, like the centre of this city – it is making it harder to find homes to live in.

“So today, we are setting out new plans to help cities like Edinburgh and islands like Arran get the balance right. We are asking for views on a new system of regulation to make short term lets subject to the same controls as other accommodation. To give councils the power to control the number of lets and ensure they make a contribution to the services they use.

“The SNP will always back Scotland’s tourism industry. But we will also help people find places to live in the communities they want to call home.”

Research by InsideAirBNB, an open source worldwide data resource, shows that the number of AirBNBs in Edinburgh had doubled since 2016. CommonSpace reported earlier this month that there is one AirBNB registered in Scotland’s capital for every 48 residents.

Commenting on the announcement, Councillor Kate Campbell, housing and economy convenor at the City of Edinburgh Council, said: “The First Minister’s announcement of a detailed consultation on short-term lets is incredibly welcome. We’ve been working on this for some time and since our report last August setting out the challenges for Edinburgh, we’ve been working to take forward the solutions that we think we need. We all recognise that we need additional tools to help us deal with this issue properly so we’ve engaged with the Scottish Government, particularly around the need for a licensing regime and I’m delighted this forms part of the Government’s proposals.

“One of the biggest concerns for us is the impact on housing supply and affordability and it’s good to see this explicitly referenced in the consultation as well. This shows that the work we’ve been doing with the Scottish Government has been the right approach to getting the outcomes that residents in the city need.

“We now need to make sure that lots of people in Edinburgh take part and help shape the policy and legislation that come out of the consultation, so that we get the right powers allowing us to properly control short-term lets in the city.”

The consultation closes on 19 July, and Kevin Stewart, Housing Minister, said that the government also plan “further research to explore the direct effects of short-term lets on communities, neighbourhoods and housing supply across Scotland.”

“We understand the need in some parts of the country for new controls over short-term letting of residential properties and we believe there is a case to take action,” he added.

The Chartered Institute of Housing found that Skye in the Inner Hebrides has an even greater concentration of AirBNBs than central Edinburgh, with one AirBNB for every ten homes. Skye and other tourist hotspots in the Highlands have suffered from an exodus of people of working age, as housing shortages and high costs lead especially young people to migrate.

Commenting on the First Minister’s announcement, a Highland Council spokesman said: “We welcome the planned consultation on this issue and look forward to considering the proposals in more detail when they are published. The Highland Council will then be able to consider its position on any proposed new powers or duties in detail and take part in the consultation.”

Scottish Greens housing spokesperson Andy Wightman MSP has been campaigning for regulation of short-term lets for a number of years, and had an amendment successfully passed to Stage 2 of the draft Planning (Scotland) Bill which would see regulation on short-term lets introduced.

Commenting on Sturgeon’s announcement, Wightman said: “I welcome this belated consultation but regret that it has taken so long. For every month of delay, more residents leave the city and more disruption is visited upon my constituents with no effective regulation.

“I also welcome the Scottish Government’s support for the intention of my amendment to the Planning Bill and look forward to taking it forward into law as soon as possible.”

As well as the short-term lets consultation, Sturgeon announced a new £150 million national pilot scheme to provide support for first-time buyers with their deposits.

Buyers will be required to fund a minimum of 5 per cent of the value of their new house from their own funds and loans can be up to £25,000.