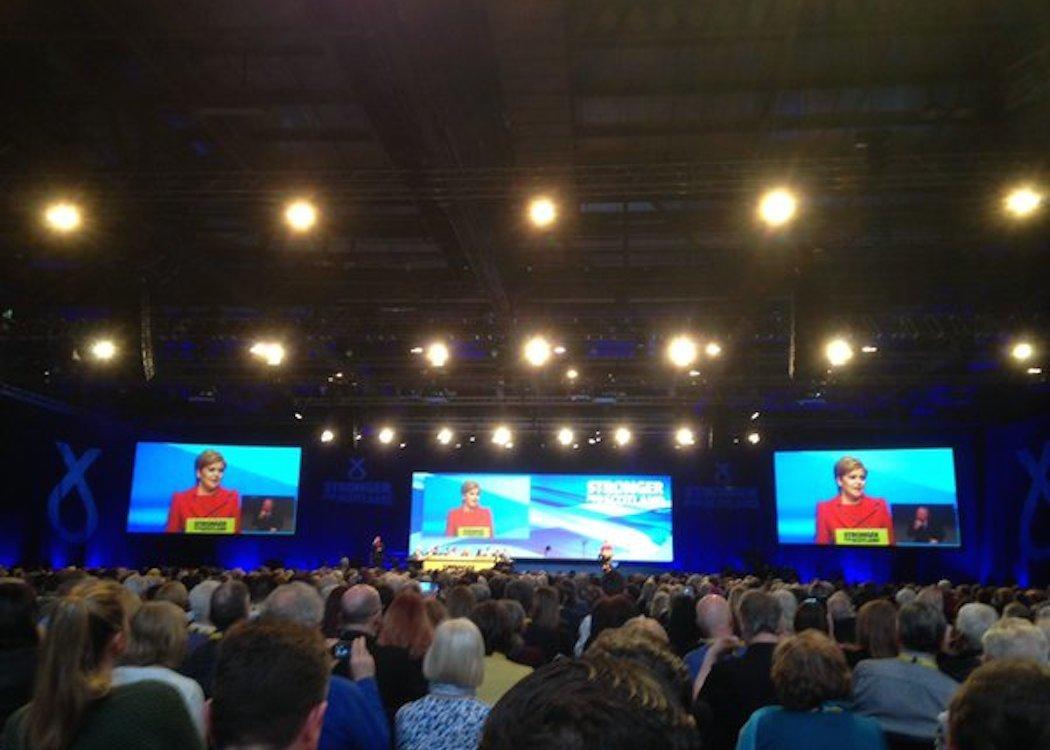 THE MOVEMENT FOR INDEPENDENCE will reach out to change the minds of voters unpersuaded during the 2014 referendum campaign, First Minister Nicola Sturgeon has announced.

In her set-piece speech to party activists at the SNP Spring conference, Sturgeon said a “new initiative” will allow the party to listen to doubts and reconsider its own prospectus for independence.

Senior pro-independence campaigners have called for a new campaign to reach out to voters who may wish to reconsider their view on independence following the election of a Tory majority government in 2015.

CommonSpace reports on “talks” to relaunch the Yes campaign

Opinion polls have fluctuated since Scotland narrowly voted against independence – with some sources finding a narrow majority for change.

Sturgeon, addressing 3,000 members in the SECC, said: “I can tell you today that this summer the SNP will embark on a new initiative to build support for independence. It will not be an attempt to browbeat anyone. I know that many across Scotland support the union as strongly as we do independence – I respect that.

“But I also know that many wanted to be persuaded in 2014 – but ultimately didn’t find out arguments compelling enough. So we will listen to what you have to say. We will hear your concerns and address your questions – and in the process, we will be prepared to challenge some of our own answers.

“And, patiently and respectfully, we will seek to convince you that independence really does offer the best future for Scotland. A future shaped, not by perpetual Tory governments that we didn’t vote for, but by our own choices and our own endeavours.

“This is how we will turn the 45 per cent of September 2014 into a strong and positive majority for independence.”

Recently campaigners called for the pro-independence coalition (SNP, Greens, socialists and non-party groups) to reunite for a fresh push to build an independence majority.

The call followed claims that a UK vote to exit the EU would lead to a second referendum on independence.

However, current opinion polls suggest that a quick second vote would carry a substantial risk of a further defeat.

Sturgeon’s announcement fits her recent statement that she would prefer that the UK votes to remain in the EU, followed by a future independence referendum at a later date.