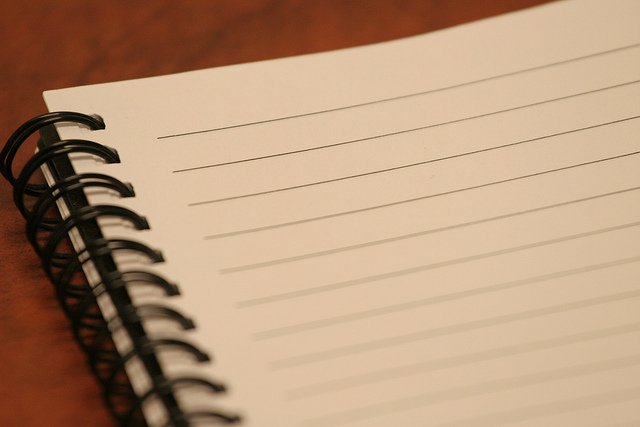 Nik Williams, project manager at Scottish PEN, says that Scotland is closer than ever to defamation reform, ensuring free expression is beyond the coercive control of the rich and powerful

SINCE 1996 we have had countless Governments, Prime Ministers (even experimenting with a coalition) and First Ministers, we have had the Y2K scare, London Olympics and Glasgow Commonwealth Games, two royal weddings and a number of royal babies. The banking system has collapsed and we have held referendums on an alternative voting system, Scottish independence and our relationship with Europe. We have seen the decay of landlines in favour of mobile phones and the internet has transformed how we communicate, publish material and source information.

But what we haven’t had in the 23 years since is reform to Scottish defamation law.

Now reform is closer than ever. The Scottish Government has published a public consultation on defamation reform based on the report and draft Defamation and Malicious Publication (Scotland) Bill drafted by the Scottish Law Commission (SLC).

The work of the SLC is a significant step in the right direction: a serious harm test that makes it harder for vexatious claims and those brought solely to silence criticism to see the light of day; a single publication rule that ensures liability for a defamatory statement cannot continue solely for the sharing of a link; a public interest defence to protect journalists, scientists, academics, bloggers and activists sharing content in the public interest; rules that prohibit public bodies from bringing actions; as well as a host of amendments aimed at modernising the law and protecting everyone who uses the internet to express themselves.

READ MORE: Defamation event to challenge the power “to silence those who disagree”

These changes will make the law more responsive to how the people of Scotland communicate, source information and publish their work. As social media enables us all to become publishers, sharing our thoughts on pressing issues, such as land ownership, climate breakdown, corporate responsibility, political representation and constitutional issues, reform is overdue for everyone across Scotland.

Defamation is not a law solely targeting journalists, anyone who publishes anything whether on twitter, facebook, instagram or a blog, or even in a letter or email is vulnerable – we all have the potential to have our voices heard, we now need the protections that should come with that.

England and Wales reformed their defamation law in 2013 and went a good way towards addressing the flaws that are still prevalent in Scotland. This patchwork of legislation across the UK is problematic as content can be shared from Hull and read in Inverness and a piece authored in Stranraer can be commented on by someone in Slough, but harmonisation for harmonisation’s sake misses an opportunity to be bold.

This public consultation offers us an opportunity to champion free expression for the many, beyond the coercive control of the few. Whether that is protecting against corporations using their wealth to intimidate those seeking to criticise them, ensuring private companies delivering public services cannot bring defamation actions in line with public authorities and establishing a mechanism for defenders to bring counter actions against unjustified threats of defamation actions, brought solely to stifle public debate and scrutiny.

All of these reforms will establish Scotland as an international leader in protecting free expression, ensuring everyone can speak out and speak up free from legal threats brought by those seeking to silence debate, dialogue and scrutiny.

The consultation closes on 5 April. Last year, First Minister Nicola Sturgeon declared the government’s intention to bring forward reform in this legislative session. To make sure this is no longer delayed, we need to show that many people across Scotland join us in this call. The more people that submit a response to the consultation, the harder it will be to ignore.

So if you only do one thing today, please submit your response. Scottish PEN has produced a response guide that includes template answers to all 22 questions, alongside background information and key links. Access the guide here.

Scottish PEN is also hosting an event in Edinburgh on 26 March to support people taking part in the consultation. This is a free event and open to everyone. For more information click here.

Scotland has changed in so many ways since 1996 and it is a disservice that our defamation laws have not kept up. But right now we have an opportunity to address this oversight and ensure that free expression is beyond the influence of the litigious, the wealthy, the thin-skinned and the powerful; that it is in fact free for all.