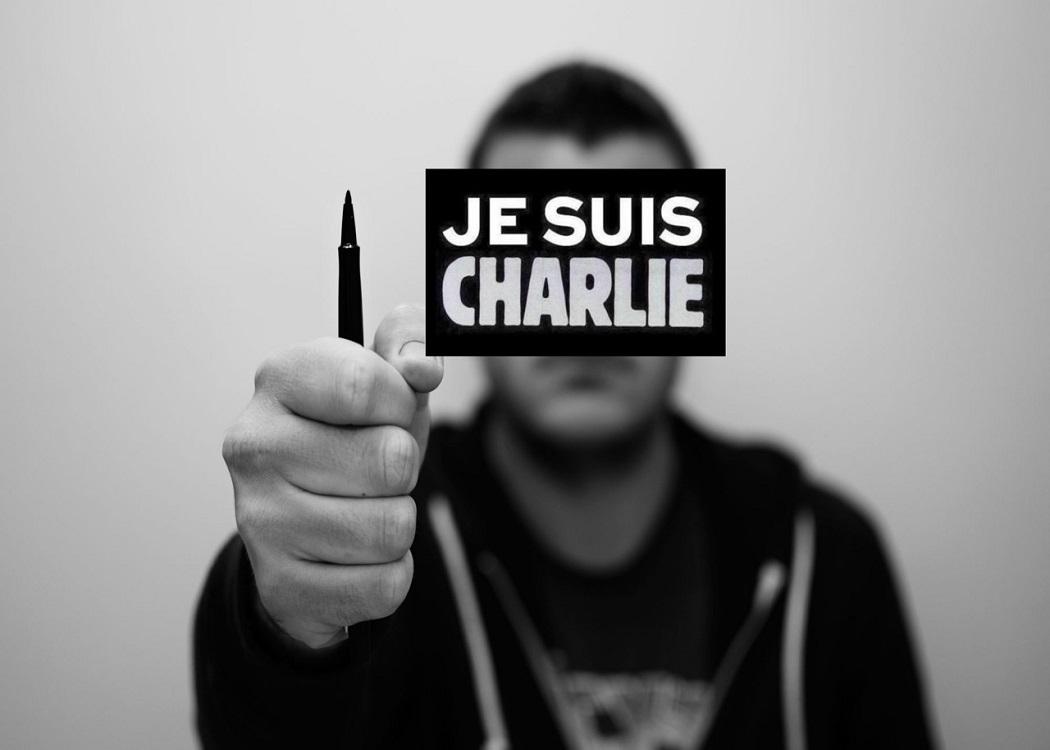 Nik Williams, a freedom of expression and privacy activist currently working with Scottish PEN, examines government attitudes towards freedom on the first anniversary of the Charlie Hebdo terrorist attack and whether we really are all still Charlie

A YEAR ago today gunmen stormed the offices of Charlie Hebdo, a French satirical magazine, killing 12 people, including the magazine’s editor and a number of its cartoonists and columnists.

Soon, the phrase ‘Je suis Charlie’ was emblazoned on placards, Twitter feeds, Facebook profile images and newspaper front pages around the world as a rallying cry of defiance, bringing people together to voice their support for freedom of expression.

Do we still cherish the power and necessity of freedom of expression? Or, in the light of growing threats, are we now willing to sacrifice key freedoms in the name of security?

In Virginia Woolf’s novel To The Lighthouse, Mr Ramsay welcomes Lily Briscoe with the chilling refrain “you find us much changed”, and it perfectly sums up the landscape we find ourselves navigating in 2016.

Do we still cherish the power and necessity of freedom of expression? Or, in the light of growing threats, are we now willing to sacrifice key freedoms in the name of security?

In a BBC piece commemorating the Charlie Hebdo anniversary they interviewed an unnamed Paris resident who stated that “In France, it’s security before liberty, in England I think it’s liberty before security.”

While the recent announcement of the draft Investigatory Powers Bill may challenge this distinction, it highlights the core tension between liberty and security and whether they are, in fact, mutually exclusive.

This tension is evident in the wave of proposed changes both in France and beyond which emerged following the Charlie Hebdo attack, the Paris attacks in November 2015 and the many other attacks that have taken place recently, to tackle the modern terrorist threat, most notably the governance of online communications platforms.

The aftermath of attacks is not the best time to draft measured legislation that takes into consideration the complex interplay between civil liberties and security ( DRIPA and the USA Patriot Act , anyone?) and the proposals that followed the Hebdo attacks were no different.

The aftermath of attacks is not the best time to draft measured legislation that takes into consideration the complex interplay between civil liberties and security and the proposals that followed the Hebdo attacks were no different.

Whether by obliging internet service providers to remove content that is deemed to incite “hatred and terror” as outlined by the joint statement issued by a number of European ministers, David Cameron’s ill-fated declaration of war on encryption or the rejected amendment in France following the November attacks to make it illegal to visit a website connected to terrorism, the movement towards strengthening our security (or our perceptions of security) at any costs left many questions unanswered in relation to the state of our fundamental freedoms.

It is an audacious piece of legislation that strengthens mass data collection, ennobles the security services to hack phones and computers and offers the home secretary vague and sweeping powers to impose obligations (any obligations she considers reasonable) on telecommunications providers – which may include the creation of back doors into their platforms – in the name of national security.

It is also riddled with gag orders that limit the telecommunications providers from telling their customers, the media or the wider community that their platforms have been infiltrated by the security services.

Taking the NSA’s slogan ‘collect it all’ to heart, the draft IP Bill represents a broad and bold expansion of the UK’s mass surveillance capabilities, irrespective of how effective the approach is.

The UK draft Investigatory Powers Bill is an audacious piece of legislation that strengthens mass data collection and ennobles the security services to hack phones and computers.

In a great number of the recent attacks, most notably the Boston marathon bombing, Woolwich attacks and the November Paris attacks, the suspects were already known to the security services (MI5 had allegedly tried to recruit Michael Adebolajo prior to the attack on Lee Rigby in 2013), making mass data collection redundant.

It is also a significant drain on limited resources as identified by former NSA technical director, William Binney , who stated that “this approach costs lives, and has cost lives in Britain because it inundates analysts with too much data. It is 99 per cent useless.”

This approach also severely undermines the tenets that underpin freedom of expression. Writers and readers need privacy to function; whether in the research of complex and challenging issues or the communication with a wide range of different people and organisations.

Undermining privacy undermines how we work, communicate and ultimately express ourselves. In 2013, the PEN American Centre identified the pressure exerted on writers to self-censor by mass surveillance after canvassing both non-fiction and fiction writers based in the USA.

They discovered that one in six writers had avoided writing or speaking on a topic they thought would subject them to surveillance.

Whether you agree with Charlie Hebdo’s content or not, it challenges power and dismantles taboos at every opportunity, establishing a free space for debate and dialogue.

By attacking the freedom of writers and readers to express themselves and eroding the conditions of privacy necessary for this to happen, states and security services threaten to undermine the fabric of our democracy, the democracy they are professing to protect.

As the IP Bill goes through committee, we are left asking whose actions are truly threatening freedom of expression.

In a much-publicised event following the Charlie Hebdo attacks, world leaders including David Cameron marched arm in arm through Paris to show solidarity with the victims of the January attacks.

2016 is shaping up to be an important year for freedom of expression in the UK. A year ago today we came together to defend it, to announce to the world how vital it was to us.

This defiance is more necessary now than ever. We cannot remain silent as our freedoms are slowly chipped away.