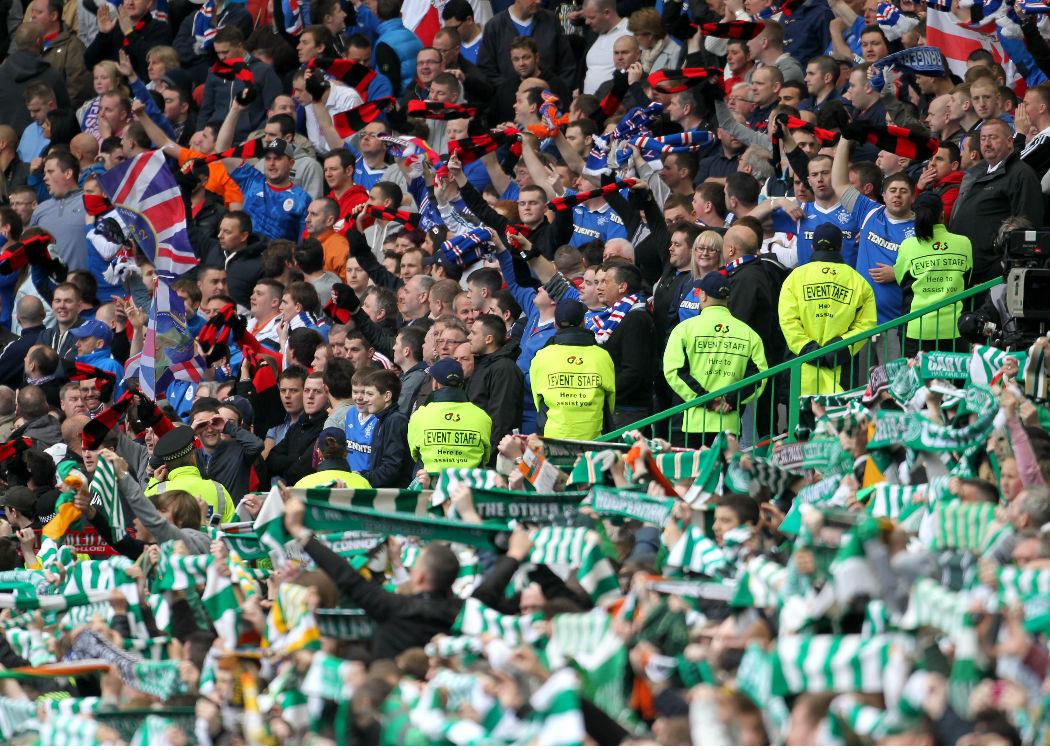 Newspaper accused of stirring up ill-feeling

POLICE Scotland has said that there is no list of ‘banned’ songs for football fans, contradicting earlier newspapers reports ahead of the Celtic versus Rangers game on Sunday.

Reports in the 29 January edition of the Daily Record claimed there was a definitive list of songs, originating from 2011, which were proscribed in advance of Sunday’s League Cup Semi-Final between Celtic and Rangers.

When asked, the Daily Record refused to provide any clarification on where they had obtained the ‘list’ from.

After doubt was cast on the authenticity of this story, Chief Superintendent Andy Bates said on Thursday: “There is no list of songs as they constantly change and people can insert words into any song.”

While insisting no list exists, Bates warned that fans could still find themselves liable to arrest if they sing songs which police deem as offensive.

“If its clearly offensive, don’t sing it and conduct yourself responsibly at the football stadium,” he continued.

Many Celtic fans are from Glasgow’s Irish diaspora and Republican songs remain commonplace among sections of the support. Followers of Rangers traditionally identify with loyalism and sing songs of this tradition.

This will be the first time Celtic have faced Rangers in their current form after the old club was liquidated in 2012. There has been significant media hype about the game and the potential for trouble and arrests.

Following a tumultuous Glasgow derby in 2011, the Scottish Government brought in the controversial Offensive Behaviour at Football and Threatening Communications legislation which gave the police and prosecutors additional powers over singing at football games.

The legislation has faced heavy criticism with football fans claiming that the Act needlessly criminalises supporters and has led to excessive police harassment. Of the 154 cases taken to court last year, there were not guilty verdicts declared in 74 of them, 48 per cent of all cases.

There has also been confusion over which songs are deemed acceptable after the conviction of a Celtic fan for singing Roll of Honour, a song which commemorates the deaths of IRA hunger strikers during The Troubles, last year at Dundee Sheriff Court – just months after another Celtic fan had been cleared of charges in the same court over the same song.

Jeanette Findlay from Celtic campaign organisation Fans Against Criminalisation was present at numerous meetings with the police at the introduction of the Act. According to Findlay, on every occasion Strathclyde Police, and thereafter Police Scotland, insisted there was no list.

Findlay told CommonSpace that she believes “certain newspapers including the Daily Record are seeking to stoke, stir up ill feeling in advance of Sunday’s game. In order to do so they are even stooping so low as to make references to songs which do not exist and have never been sung.”

“I fear that Police Scotland wish to use this relatively insignificant game to further stoke the myth this legislation is necessary to control football fans.”

“The so-called shame game in 2011 was used as the public excuse for this abominable legislation,” Findlay continued. “With separate funding of FOCUS (Football co-ordination unit for Scotland) now coming to an end I fear that Police Scotland wish to use this relatively insignificant game to further stoke the myth this legislation is necessary to control football fans.”

A Police spokesperson told CommonSpace: “In recent years police officers have been provided with training to enable them to recognise songs that are sectarian or otherwise offensive. This is one small part of our overall approach to tackling all forms of hate crime.”

The match on Sunday will take place at Hampden Park and kick off at 1.30pm.