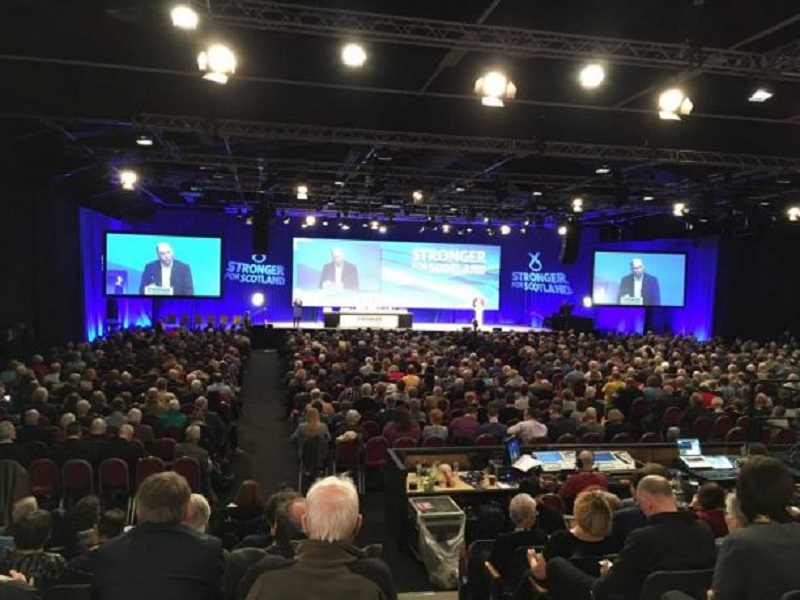 The group will campaign internally for a state-owned infrastructure company which would manage public contracts and remove the need for private financing in building projects such as schools and hospitals.

The campaign, led by former SNP MPs George Kerevan and Anne McLaughlin, aims to have the policy adopted at the party’s June conference in Aberdeen this year.

CommonSpace understands that a number of SNP branches will consider the campaign’s model motion before the April deadline.

Based on the idea proposed by the think-tank Common Weal, the group will lobby the party leadership for a model which would design and manage the delivery public infrastructure projects.

The debate on how public projects are funded was brought into sharp focus after the collapse of outsourcing and private finance giant Carillion which threatened thousands of jobs and smaller companies in the supply chain.

Adopted by the first Labour Executive in Scotland, variants of public-private partnerships continue to be the model used to build schools, hospitals and other projects in Scotland.

In 2007 the SNP ended the PFI model and introduced the more cost-effective Non-Profit Distribution (NPD) which ensured finances were still available to build Scotland’s essential infrastructure, but that profiting from these contracts was capped.

The campaign says that after the formation of the Scottish National Investment Bank (SNIB), the time is right to bring a complete to private financing of public contracts.

“The formation of a SNIB is the perfect opportunity to bring an end to private financing which will cost the Scottish people almost £ 40 Billion.” Former SNP MP George Kerevan

Commenting, George Kerevan said: “The SNIC model will provide a public alternative to infrastructure financing and management bringing an end once and for all to exploitative private contracts ripping off taxpayers and ensuring Scotland’s infrastructure is built with the public good at its core.

“The formation of a SNIB is the perfect opportunity to bring an end private financing which will cost the Scottish people almost £ 40 Billion in the coming decades. Under the joint SNIC and SNIB model, Scotland could have saved £26billion.”

Anne McLaughlin, who lost her Westminster seat in the June 2017 election, added: “With the Carillion Crisis – instigated by the Tories’ private sector obsession – causing uncertainty for sub-contractors and likely to cost thousands of workers their jobs, the time for a public alternative to ensure accountability and corporate responsibility is now.

“When public money is being spent, value for money is expected.” Former SNP MP Anne McLaughlin

“When public money is being spent, value for money is expected and rightly so. Some of the structures built under PFI have not been up to standards with schools falling apart. Ministerial and public accountability will also ensure that quality is put before profit.

“We are appealing to all SNP members across Scotland to take this motion to their branch for approval and show their support for Public-Public Partnerships to drive private interests out of public matters.”