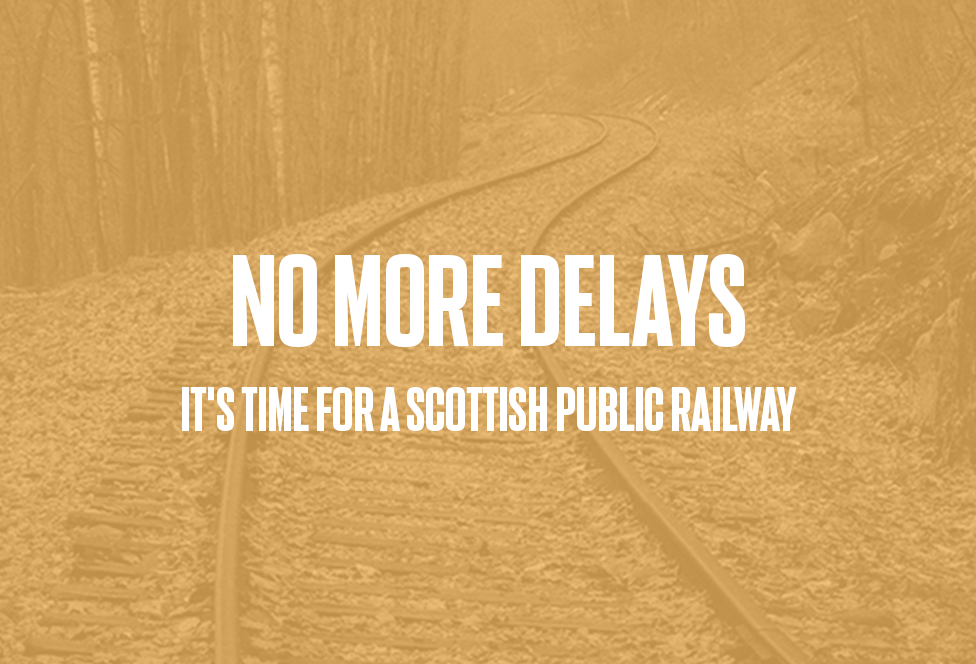 Common Weal’s Head of Policy & Research Dr Craig Dalzell reacts to news that Abelio will be stripped of their franchise to run ScotRail three years early. You can read Common Weal’s blueprint for nationalising Scotland’s rail network in our paper A Public Future for Scotland’s Railways.

After years of failing rail travellers in Scotland, the Scottish Government has finally announced that it will step in and active the “break clause” in the ScotRail franchise contract meaning that Abelio will cease to be the operator of Scotland’s trains from March 2022 instead of them continue to the end of the contract in 2025.

It is not yet known what will happen after March 2022 but there are a few options and the Scottish Government has stated that nothing has been taken off of the table at this point.

The first option would be to simply continue the current franchise arrangements without change, allowing any private or foreign public rail company to bid for the tender and for them to operate ScotRail for the following decade. This would obviously result in the same risks and weaknesses as has brought down Abelio and thus if any option is taken off the table, it should be this one.

The second option would be for Scotland to launch its own public owned rail company to join the tender bids (the rule which previously disallowed Scotland from forming such a company was dropped in 2016). Theoretically, such a company could have simply failed to win the contract or could have won it for a single franchise before losing it again. When I met the then Transport Secratary Humza Yousaf in 2018, I stressed that this latter case would technically meet the SNP manifesto commitment for a Scottish public rail service but that this case would be the minimum possible “successful” delivery of this promise.

The third option is one that Common Weal has been advocating since 2017 and that is full nationalisation of Scotland’s rail network under a unified Public Transport Company. This would protect Scotland’s railways from the uncertainty of franchise takeovers, allow long-term views to be taken on investment and make it much cheaper to operate the service (for instance, did you know that ScotRail doesn’t own the trains on the track but tends to lease them?). Unifying the service will also make it easier to properly deliver policy to do with rail travel. It would no longer be possible for the service operator (who runs the trains) to blame the rolling stock operator (who owns the trains) or the network operator (who is responsible for the track) for anything that went wrong. Nor would it be possible for the Scottish Government to pass the buck on to any or all of them when things go wrong.

Common Weal published a blueprint on how to nationalise Scotland’s railways in 2017. A Public Future for Scotland’s Railways explores in detail everything that I have summarised above and more. In 2020 we will be extending that in a joint project with Get Glasgow Moving to show how the same can be done with our bus services. After this, we shall demonstrate the need for a unified National Public Transport Company to control and co-ordinate all of Scotland’s public transport.

Closer to the present though, now that the Scottish Government finally agrees with us that Abelio’s break clause should be activated, it is time for them to lay out their plans for the future. They can do nothing, do the absolute minimum possible and call it a promise met, or they can conclude this parliamentary session with a plan to bring Scotland’s rail back into Scotland’s hands and deliver a public transport network that we in Scotland might call revolutionary but that the rest of mainland Europe would simply call “normal”.