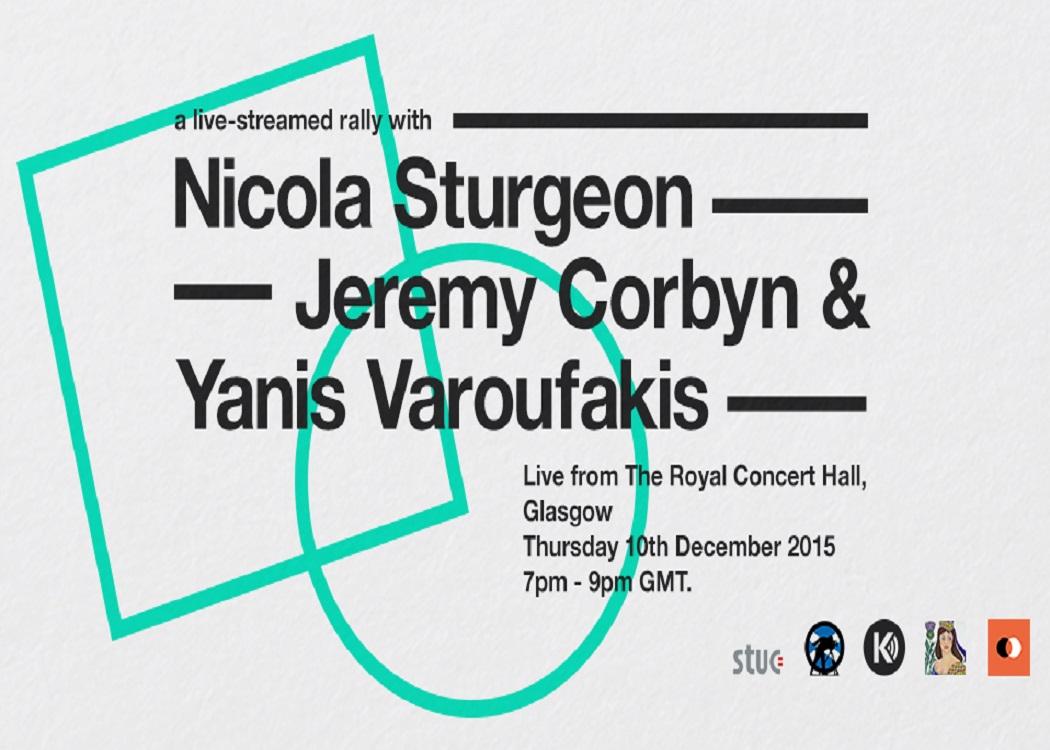 Politicians and commentators come together for ‘no to austerity’ rally

As part of a new media collaboration, Independence Live, Kiltr, Bella Caledonia and CommonSpace have joined together to livestream the event straight from Glasgow Royal Concert Hall tonight, Thursday 10 December, from 7pm until 9pm.

Take part in the event tonight while you’re watching by tweeting your views using the #notubill hashtag.