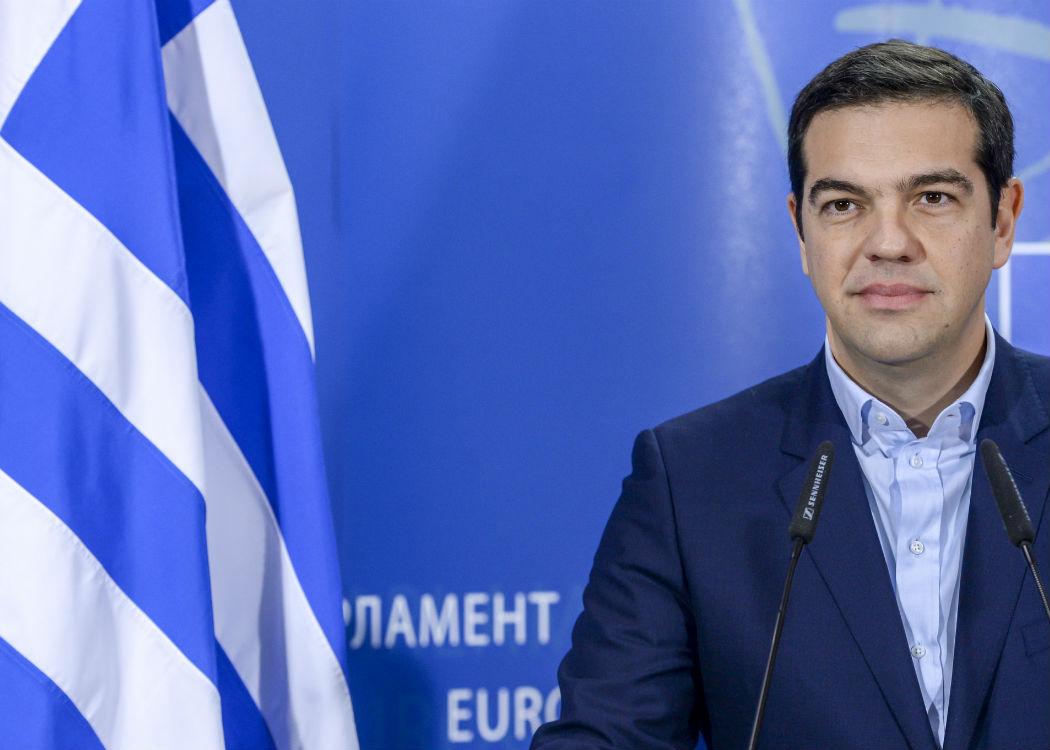 GREEK PRIME MINISTER Alexis Tsipras has insisted that a proposed referendum on an EU bailout deal will go ahead, with his government urging people to vote No.

In a live televised address to the Greek people, Tsipras said that a No vote in Sunday’s poll means “powerful pressure that the burden should be on the shoulders of the rich and not the poor and pensioners”.

It follows a new proposal from Tsipras which met many of the demands of Greeks creditors, including cuts to pensions and VAT rises, but is expected to be rejected by EU leaders.

For the first time since the Eurozone financial crisis began in 2010 the Greek state is receiving no financial support, after it defaulted on a EUR1.6bn payment to the IMF.

The country is almost bankrupt and the European Central Bank is weighing up whether to accept a request from the Greek Government for further emergency funding.

Capital controls have been placed on the country with citizens only allowed to withdraw up to EUR60 a day and there’s been chaotic scenes at banks as pensioners have sought to receive their pensions.

Prior to the address, reports had suggested that Tsipras might be ready to climb-down and either cancel the referendum or back a Yes vote on a deal that EU leaders insist is now off the table.

However, the Syriza leader was in defiant mood, saying: “I never expected a democratic Europe not to give space and time [to hold the referendum]. It is a disgrace that we have these scenes of shame because they closed the banks precisely because we wanted to give the people the vote.

“The ultimatum given to Greece was unacceptable. Our only chance was to appeal to the people and that’s what we’re doing.

“No is not a slogan. No is a decisive step for a better solution. No does not mean conflict with Europe but a return to a Europe of values and pressure for a viable solution to the debt.

“Those who want a Europe which is stuck on austerity and no respect for democracy, they are not visionaries for Europe.

“Those who say I have a secret plan to come out of the Euro are lying. They want to suffocate our people and this is unacceptable in a Europe of solidarity.

“I call upon you to say No to the prescription of the memorandum. It is our responsibly for our parents, to our children to ourselves.”

Tsipras added that come Monday, Greece would be back at the negotiating table with a stronger hand than before.

Shortly before Greece slid into default, Tsipras wrote to Greece’s creditors of the Troika, the IMF, ECB and European Commission, to elaborate on the request for a two-year EUR29bn loan from the eurozone’s EUR500bn crisis fund.

In return, he offered to meet much of the creditors demands, with some amendments. Eurozone finance ministers are expected to discuss the proposal later today.

On Tuesday, Scotland’s First Minister Nicola Sturgeon broke ranks from other heads of European governments by calling for an end to austerity in Greece and for debt relief to be considered (click here to read more).

A demonstration in support of Greece is set to be held in Glasgow on Thursday and in Edinburgh on Saturday (click here to read more).