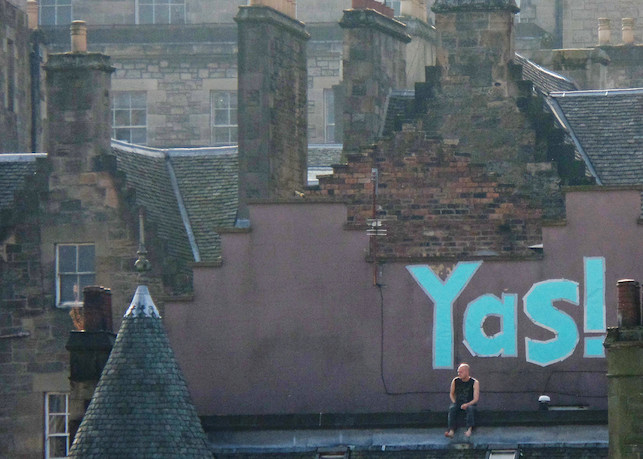 VOTERS WHO OPPOSED Scottish independence less than two years ago have reversed their opinion in shock following the vote of the UK to leave the European Union.

Scotland voted strongly in favour of continuing membership within the EU – but saw its result overturned by a vote to Leave in the rest of the UK.

As a result, No voters took to Twitter and Facebook to say they had changed their mind on whether Scotland should take control of its own decisions.

One of the most emotional was lawyer Katy Melvin who said: “I would have laid down my life for the Union yesterday. Joined SNP an hour ago.”

@GrayInGlasgow @AngusMacNeilSNP I would have laid down my life for the Union yesterday. Joined SNP an hour ago.

One of the most remarkable changes in tone was from author J. K. Rowling, who bankrolled the campaign against independence with £1m. She said the vote to leave the EU would lead to Scottish independence, and that No voters would now be reconsidering their opposition.

Scotland will seek independence now. Cameron's legacy will be breaking up two unions. Neither needed to happen. https://t.co/4MDj7pndcq

@BBCJamesCook "Staunch opponent" implies I was pro-union no matter what, which was never the case. Many no voters will think again now.

In 2014, I voted No. @NicolaSturgeon and @theSNP please save my future, please let me vote again.

I was firmly in the "No" camp for the Scottish Referendum, but England have proven their idiocy. Complete support for #IndyRef2.

I was the biggest #BetterTogether voter ever. @NicolaSturgeon show us the new way

Independent Scotland over a Little England. And I was a member of the Better Together Campaign #indyref2 #EURefResults

Thanks Michael, this is sad for me. But England has left Scotland, not the other way around. https://t.co/XIZU19Hra2

@GrayInGlasgow Early days, but if we were to have another indy ref tomorrow, I would be voting yes, when I was a staunch no voter until yday

@GrayInGlasgow I was vehemently anti-indy in 2014, however, your cause has just gained a new supporter now.

@GrayInGlasgow @colinkelly yes I will b changing my view labour party an absolute shambles,useless and ineffective leadership.

Looks like I will be voting for Scottish Independence after all!! And in the not too distant future.

Although I originally voted against Scottish Independence, if there's another referendum looming I may actually vote leave…

@GrayInGlasgow Voted No and voted Labour in the last election. Just joined the SNP

@GrayInGlasgow Northern Irish living in Scotland – was a No supporter until this morning.

Others reported friends contacting them to say they had changed their mind to support independence.

Britain is dead. It's vapid act of fuckwittery has pushed some of my most Unionist friends to favour Scottish indy. Thanks a fucking bunch.

Unionist friend sent me a message. 'You can tweet your pal Sturgeon and let her know she's got two more votes.'

@GrayInGlasgow @MrJohnNicolson @John_McKee You are not alone. I've had seven no voters saying same thing, we must go for it.

First Minister Nicola Sturgeon has said that moves are now underway towards holding a referendum on independence.