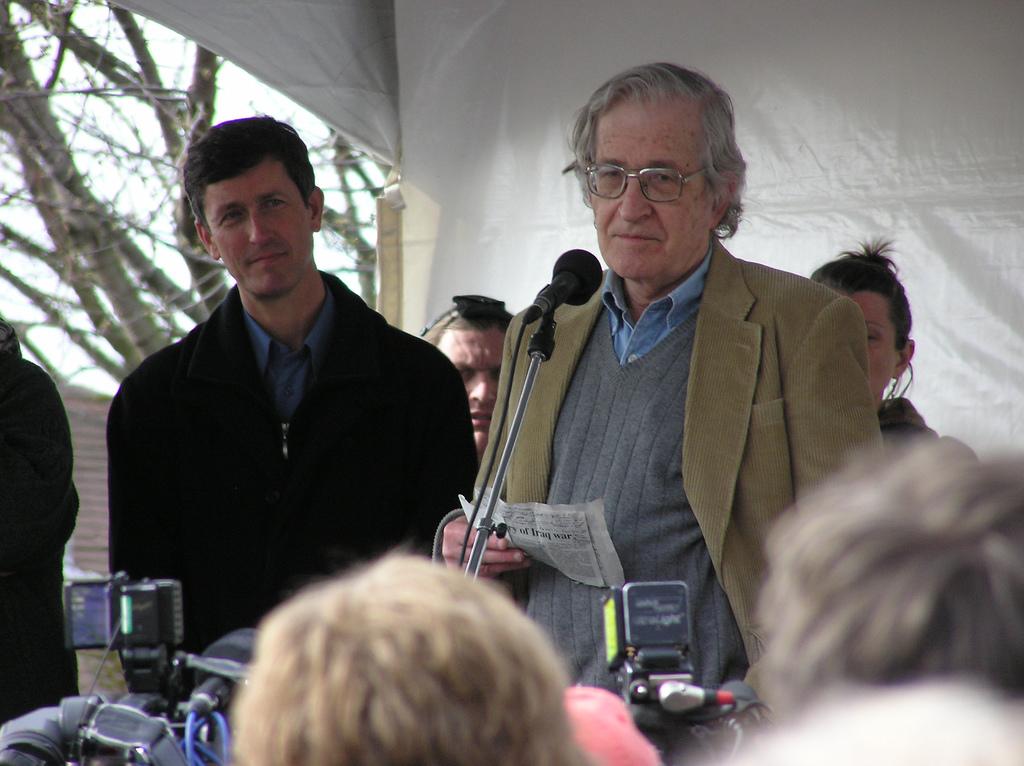 EXTREMIST beheadings in Iraq and Syria and violent attacks in Europe relate to violence from Western states, Professor Noam Chomsky has claimed.

Interviewed on the US alternative media station Democracy Now!, Chomsky claimed that the widespread coverage of ‘Jihadi John’ in the UK should be considered within the context of anger towards violent foreign policy decisions.

Referring to an interview with a 14-year-old Yemini boy, whose parents were killed in a drone strike, Chomsky said: “He watched them burn to death. We get upset about beheadings. They get upset about seeing their father burn to death in a drone strike. He said they live in a situation of constant terror, not knowing when the person 10 feet away from you is suddenly going to be blown away. That’s their lives.

“People like those who live in the slums around Paris or, in this case, a relatively privileged man under harsh, pretty harsh repression in England, they also know about that. We may choose not to know about it, but they know.”

Asim Qureshi, director of the advocacy organisation CAGE, caused controversy in the UK after arguing that extremism was related to harassment by security services.

Mohammed Emwarzi, who is reportedly carrying out extremist violence including beheadings in the Middle East with Islamic State (IS), had been dubbed ‘Jihadi John’ in the British media.

Qureshi expressed sadness for what had happened to Emwarzi.

He said: “He was such a beautiful young man… somebody that I met, you know, who came to me for help, looking to change his situation within the system. When are we going to finally learn that when we treat people as if they’re outsiders they will inevitably feel like outsiders, and they will look for belonging elsewhere?”

In relation to the impacts of war, violence and racism, Chomsky concluded: “All of this has an impact…if we seriously want to deal with the question [of extremism] we can’t ignore that. That’s part of the background of people who are reacting this way”.

Chomsky, a Professor at MIT university in the United States, rose to political prominence due to his campaigning against the Vietnam War.

Since then he has been a leading critic of Western foreign policy.