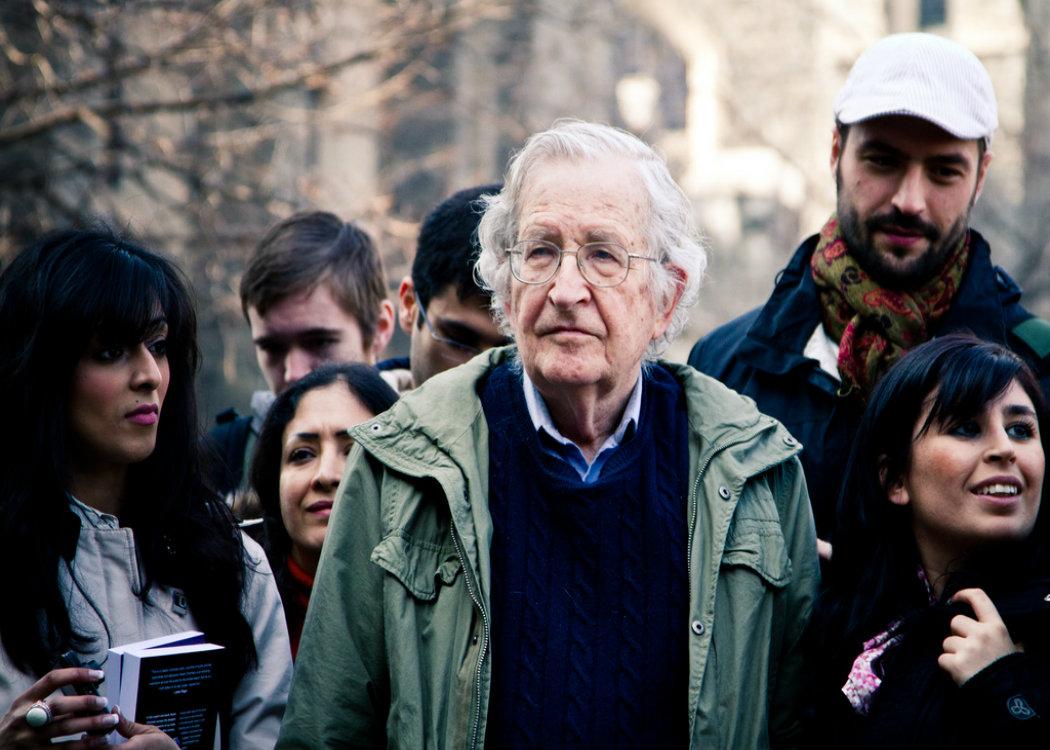 LEADING professor and political intellectual Noam Chomsky stressed the danger of Trident nuclear weapons and the economically illogical and socially damaging consequences of austerity, in an interview with Scottish new media group Kiltr.

Commonly referred to as “the father of linguistics”, Professor Chomsky is a linguist, an activist, a cognitive scientist, an international political commentator, and an analytical philosopher.

In the interview Chomsky argued that countries making good faith efforts to rid themselves of nuclear weapons would be in a stronger position internationally, as they are following the obligations of the globally recognised non-proliferation treaty.

“If you look at the record of the past 70 years, it’s a miracle that we’ve survived, literally.”

Expanding on the international impact of the UK’s potential disarmament, Chomsky stated: “I think it would be a safer world and it might be an incentive to the other nuclear powers, including the United States and Russia, each of which has about 4500 to 5000 nuclear weapons.

“It might be an incentive to them not only to end their programmes of modernising and expanding their nuclear weapons systems, as both are doing, but also to divest themselves of them.

“Reduction of nuclear weapons is a prime concern for people who care about the future of the human species. If you look at the record of the past 70 years, it’s a miracle that we’ve survived, literally.

“We’ve come very close to eternal nuclear war, repeatedly. Sometimes by accident… Sometimes by, just, adventurism of leaders who haven’t cared about or understood what they were doing.”

He added: “The chances that this miracle will persist indefinitely are not high.”

The second main theme that emerged from the interview was that of the European austerity agenda.

“Many mainstream American economists are kind of shocked at the reactionary and the ignorant character of the economic programmes that Europe is following.” Noam Chomsky

When asked about the economic argument for austerity measures, Chomsky replied: “Even the International Monetary Fund economists recognise that austerity in a period of a recession isn’t economically observed proposal.

“Many mainstream American economists are kind of shocked at the reactionary and the ignorant character of the economic programmes that Europe is following…It’s had very harmful effects.”

Erik Sandberg, interviewing for Kiltr, asked about the remarks made by the BBC’s Question Time show by Greece’s former finance minister, Yanis Varoufakis, about austerity being a class war . The people of Greece have endured harsh austerity measures in aftermath of the global economic downturn of 2008, the success of which has been brought into question by the recently elected Syriza Government.

Chomsky replied: “I don’t think you can make an economic case for the austerity programmes…The so-called bailouts to Greece are overwhelmingly bailouts to the banks that lent money to Greece when they shouldn’t have done so…They’re essentially being bailed out for their irresponsible behaviour.

“And it has similar effect in most other places.

“It does have the effect of undermining social democratic policies and I think it makes some sense to think of it as, purposeful or not, class war.”

Chomsky continued to put across the UK’s austerity agenda as an example of such, stressing that he finds it difficult to see what motivates figures to destroy a system like the UK’s nationalised NHS in favour of a privatised American healthcare model, which he dismissed as costly and ineffective.

On Scotland, the professor stressed that he is “intuitively in favour” of Scottish independence, but stressed that it would be irresponsible for him to have taken a side on the matter without further research.

He continued by highlighting the warped way in which the British media covered former Labour Party leader Ed Miliband’s defeat in the 2015 general election: “The last election described that Labour lost because Miliband made a move to the left…He lost Scotland, but that’s because he didn’t move enough to the left”.

The interview concluded with a remark about Labour’s newly appointed leader anti austerity, Jeremy Corbyn: “If Corbyn can survive the huge assault against him, which is pretty remarkable to watch, not just from the right but from the Labour establishment, the kind of Blairite establishment. It’s a shocking, almost hysterical propaganda campaign being launched against him.”