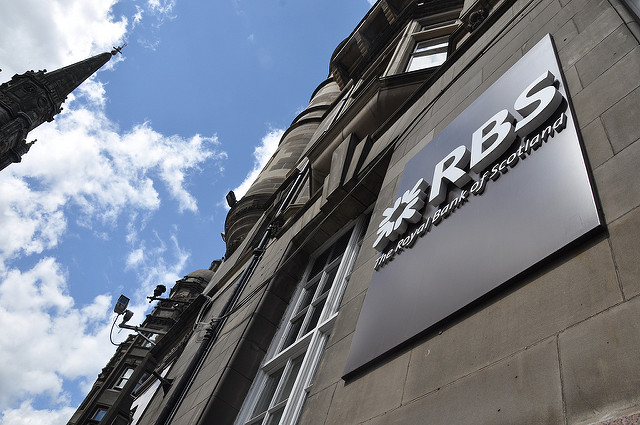 COMMUNITY-BASED non-profit alternatives to the banking industry could be the answer to the crisis of access facing Scotland’s isolated towns and villages, campaigners have said.

Tuesday [8 May] saw the appearance of RBS chief executive Ross McEwen before the House of Commons Scottish affairs committee, where he defended the impending closure of 52 branches across Scotland by 2020, arguing that this reflected a 40 per cent fall in usage over the last three years. The public-sector remains RBS’ biggest shareholder, after a £45bn public bailout at the height of the 2008 financial crisis.

However, cross-party MPs and campaigners expressed concerns over the impact for rural communities, older people and people with disabilities, particularly in light of cuts to mobile banking services and cash machines expected to hit remote areas hardest.

Dr Craig Dalzell, head of research at think-tank Common Weal, told CommonSpace that the decline of banking services in rural areas should be “a national concern” given their importance to the “smooth running of local economies”, and said solving the problem would require a major shift in the nature of banks as we know them.

Santander has also planned 10 branch closures in Scotland in 2018, and it was revealed last week that Scotland could see access to free-to-use cash machines drop by as much as 40 per cent as the UK’s largest ATM provider, LINK, will receive 5p less from banks per transaction from July this year.

Labour MP Ged Killen will introduce a bill this month which would make access to free-to-use cash machines a statutory right.

“We need to return to a model where banks are embedded in their communities and recognise their role in supporting them, rather than merely extracting wealth from them or outright abandoning them. We need to reconsider whether we think of banking as a market of products to be sold or whether it works better as a utility providing a service,” Dalzell added.

Dalzell suggested that Scotland would benefit from a public savings bank which would provide that service and which “won’t ever leave communities financially hung out to dry”.

Scottish Rural Action and Disability Equality Scotland have this week written to the Equality and Human Rights Commission to question whether the proposed RBS bank closures would breach the Equality Act 2010 given the potential impacts for people with disabilities for whom mobile banking visits are not accessible.

Speaking to CommonSpace, Scottish Rural Action chair Amanda Burgauer said that “innovative solutions” were needed to ensure that people in rural Scotland have safe and confidential access to banking services.

“The problem with high-street banks closing in rural towns and villages is multi-fold: of course, people need to withdraw cash for their day to day purchases, but it’s also important to think about those small businesses that are a vital part of our rural economy.

“If our high street banks are focused only on shareholder value and not interested in delivering for their customers, there has to be a better way,” she said. “That could be existing businesses who already are present in rural areas taking on a new service (cash in, cash out) – petrol stations come to mind, for example.”

Echoing Dalzell’s suggestion, Burgauer said another option might be “the establishment of a new national initiative that provides a community-based non-profit alternative to the diminishing retail bank networks”.

In view of the business-focussed approach of the big banks, policy and communications manager of Social Enterprise Scotland Duncan Thorp told CommonSpace that people should consider supporting community-owned and ethical banks.

READ MORE: Ric Lander: How the Scottish Parliament can remake banking for the common good

“Not much has changed in the mainstream banking industry since the financial crash of 2008 – despite the big scandals engulfing the financial elite, a business-as-usual approach continues today,” he said. “The media and public outcry has largely disappeared and some politicians seem to have forgotten their pledges for fundamental reform. However, there are many ethical alternatives to the mainstream banks.”

Among these, Thorp said, are credit unions, which are community co-operatives serving specific areas or communities of interest and do not have shareholders. “Like all social enterprises their profits go back into the business. They provide affordable loans and encourage saving. Anyone can bank with a credit union but they specialise in helping the most excluded,” he explained.

“It’s not just about bank accounts, the increase in ethical pensions reflects consumer demand too,” he added. “We should be encouraging more people to investigate where their bank invests their money and make the switch to an ethical alternative.”

Thorp recommended that people make use of websites such as Move Your Money and Ethical Consumer Magazine, and the help of campaign groups like Positive Money, in order to understand how the system works and how to change it.

“Consumer power in banking has massive potential to shift wealth and power away from the financial elite and towards local communities,” he said.

This comes 10 years after RBS received a government bailout of £45bn amid the 2008 financial crisis.