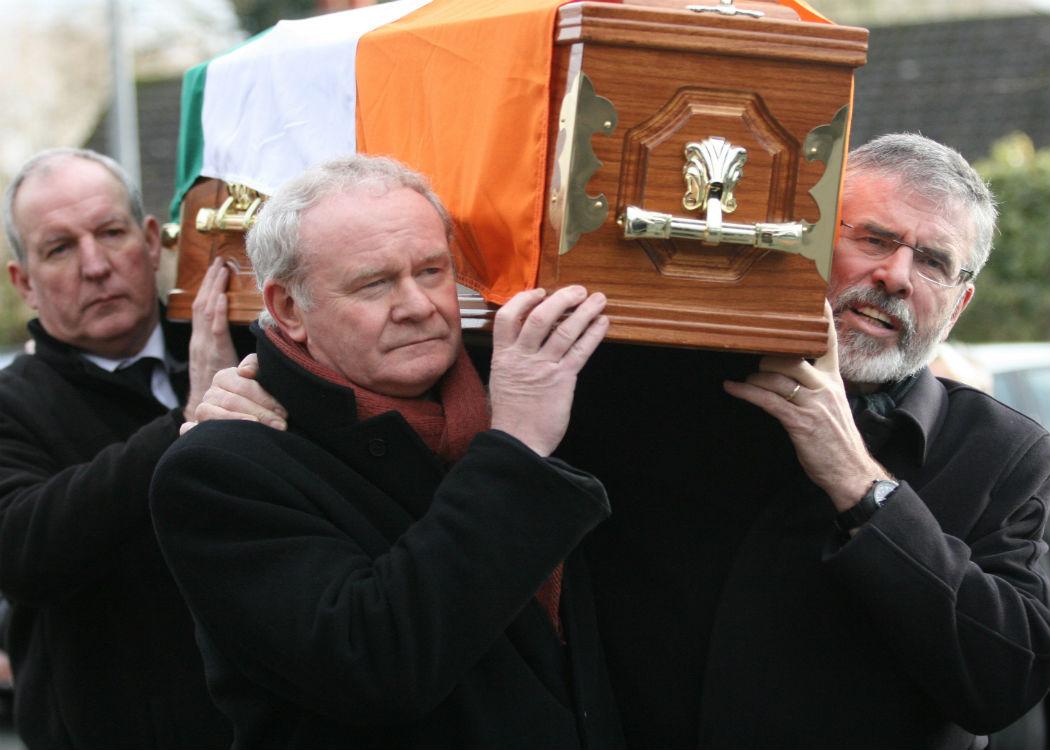 THE DUP has resigned its ministers from the power sharing government in Northern Ireland following the apparent assassination of a former IRA militant.

Decades of intercommunal strife lay behind this most recent crisis. CommonSpace looks at the background to the latest crisis.

Why is Ireland divided?

Ireland fought a war of independence against Britain between 1919 and 1921 that left Ireland divided.

The state, which also included a large minority of Irish Catholics, also privileged the unionist population in terms of political representation, housing and jobs.

What led to war?

By the 60’s Irish Catholics in the north had launched a civil rights movement to end discrimination. The Unionist community feared the movement was a front for Irish Republicanism.

The violent suppression of the movement, culminating in the Blooday Sunday massacre in 1972, handed the initiative to physical force republicanism and the provisional IRA.

What was the nature of the war?

The provisional IRA on the one side and various loyalist paramilitaries on the other carried out tit for tat bombings and shooting against one another.

Republicans always maintained that their real enemy was the British government, and frequently engaged British troops.

The IRA became known for the professionalism of their Active Service Units, which carried disciplined attacks and assassinations.

How was the war resolved?

The IRA’s armed campaign was officially ended in 1997, by which time both sides were exhausted and had reached stalemate.

The Good Friday Agreement was reached in 1998 and included disarmament on all sides. It led to governments shared between unionists and republicans.

In 2005 the IRA said it would henceforth be committed to purely peaceful political means.

Who are the key players?

Gerry Adams is the leader of Sinn Fein, the main republican party in Ireland. He is frequently accused of having been a leading member of the IRA, but consistently denies the accusations

McGuiness if the defacto head of Sinn Fein in Northern Ireland, and deputy first minister at Stormont. He is a former leader of the IRA.

Ian Paisley was a loyalist (extreme unionist) religious and political leader in Northern Ireland. He was the founder of both the hardline Democratic Unionist Party and a fundamentalist Protestant schism.

Ian Paisley’s protege and successor, Peter Robinson is both the leader of the DUP and was First Minister of Northern Ireland until he resigned during the latest Stormont Crisis.

Sinn Fein is the main republican party which covers the whole of the Island. It shares power in Northern Ireland with the DUP and is the second party in the Republic of Ireland.

Sinn Fein has long been associated with the provisional IRA.

Over the years a leading faction of pragmatists around Gerry Adams and Martin McGuness have brought Sinn Fein into the mainstream of politics.

Provisional IRA emerged from a faction within the IRA which favoured armed confrontation with the British state. They prosecuted the armed campaign in Northern Ireland and the UK between 1969 and 1997.

The IRA remains as a force in some Irish Catholic communities, where it continues campaigns of public order and sometimes engages in score settling within the IRA and former IRA.

The Social Democratic and Labour Party was the party which initially sought to represent Irish Catholics in the North of Ireland, and is loosely linked with the Labour Party in the UK. It was overtaken by Sinn Fein during the civil war as positions hardened.

The Ulster Unionist Party was the traditional party of unionism in the North of Ireland, linked with the UK Conservative party. During the troubles it was largely supplanted by the DUP

The Democratic Unionist Party is a radical unionist party, founded and led for most of its existence by the charismatic figure head of Ian Paisley. Many members of the party are also members of Paisley’s fundamentalist religious movement. It is socially conservative and has a reputation for intransigence.

The two largest and most active loyalist militias. They engaged in the assassination of IRA militants and also targeted Irish Catholic civilians.

Like the IRA, they remain a source vigilante order in their communities.

What has all this history to do with the current crisis?

The apparent collapse of power sharing at Stormont was triggered by the assassination of IRA man Kevin McGuigan.

McGuigan was a former IRA man who has allegedly been killed as part in an internal struggle within the republican community.

His death triggered the crisis because it suggested 3 things. First, that republican still poses guns in defiance if disarmament. Second, that the IRA still maintains a degree of military infrastructure, since the death bares the hallmarks of an Active Volunteer Unit his. Thirdly, that Sinn Fein remains closely linked to the IRA since Bobby Storey, Northern Ireland chair of Sinn Fein, was arrested in connection with the killing.

All of these things hold out the possibility of the overwhelming of Northern Ireland’s peace process by the country’s history of division and violence.