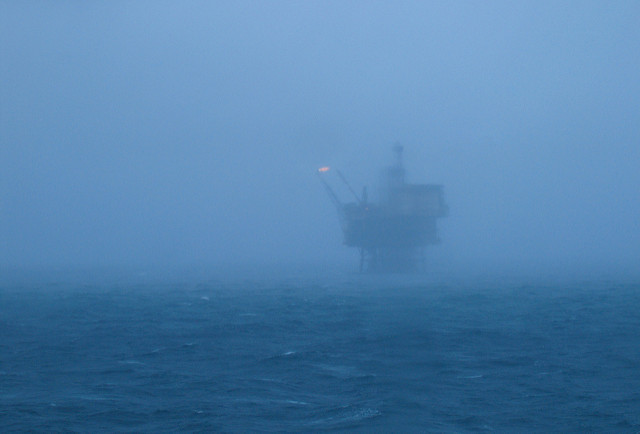 NORWAY’S sovereign wealth fund, currently the largest in the world and backed by the nation’s oil reserves, have exceeded $1 trillion in value for the first time.

This follows comparisons made last month between the Norwegian energy sector and the North Sea oil industry by the pro-independence think tank Business For Scotland (BFS), which argued that the UK has mismanaged North Sea oil to Scotland’s economic detriment.

Established in 1998, Norway’s wealth fund is invested in 77 countries through 9000 firms, and has helped make it Scandinavia’s richest nation.

At 10.34 GMT on 12 September, a live update on the wealth fund’s website listed its value at 7.851 trillion Norwegian crowns, or 1 trillion US dollars. It later decreased marginally as a result of market fluctuations.

The news offers support to claims made by BFS, who pointed out in August that Norway had made almost £29.33 bn in oil and gas revenues during the post-2014 crash in prices, when a barrel of oil lost more than half of its price-value. During the same period, the UK is expected to lose nearly £22.8 m.

Upon the release of its findings, BFS also pointed out that Norwegian taxation on oil and gas was kept at 78 per cent, and drew on its wealth fund to aid workers instead of providing subsidies to oil companies, as the UK does via tax rebates for the expensive work of exploration and decommissioning.

It is widely accepted by economists that if the UK Government had adopted a similar policy to Norway at the time the Norwegian fund was established, it would have a multi-billion pound oil fund.

Writing in CommonSpace earlier this month, columnist David Carr argued: “It is undeniable that successive UK governments have squandered oil. Oil was used to maintain the balance of payments, keeping the currency strong and favouring financial products at the expense of other industries.”

Despite the industry-wide slump, recent official statistics indicate oil and gas production in Scotland increased by 2.9 per cent in 2016-2017 compared to the previous year, standing at roughly 74.7 million tonnes of oil. This has been attributed to both a rise in both the oil price and production.

In the wake of these reports, the Energy Jobs Taskforce, established by the Scottish Government in 2015 to help prevent and reverse job losses in the energy sector, has recently been wrapped up, having helped a reported 800 companies and 4,200 energy sector employees facing redundancy.

“I fully appreciate that challenges remain and we will continue to work with industry to ensure the recovery is sustained.” First Minister Nicola Sturgeon

Speaking in Aberdeen, First Minister Nicola Sturgeon said: “The Energy Jobs Taskforce has been a catalyst for culture change, ensuring companies innovate and remain competitive while helping thousands of individuals. It has made a vital contribution to strengthening the oil and gas sector, laying the foundation for a positive future for the North Sea economy.

“With employment levels beginning to stabilise, the signs of improvement are encouraging.

“However, I fully appreciate that challenges remain and we will continue to work with industry to ensure the recovery is sustained.”

“Confidence is continuing to return to the sector after a number of challenging years.” Energy Minister Paul Wheelhouse

Energy Minister Paul Wheelhouse said: “Scotland’s oil and gas industry has a bright future, and it is encouraging to see this continued increase in production which has risen by a total of 25 per cent over the last two years.

“These figures show that confidence is continuing to return to the sector after a number of challenging years.

“I do recognise that this remains a difficult time for the industry and its workforce, and the Programme for Government launched last week clearly outlines that even in the context of our low carbon transition harnessing the resources of the North Sea will be vital to the Scottish economy for decades to come.

“The Scottish Government will continue to do everything within our powers to support the industry and its workforce, while calling on the UK Government to improve the fiscal and regulatory regime to encourage on-going investment to support jobs and export led growth.”