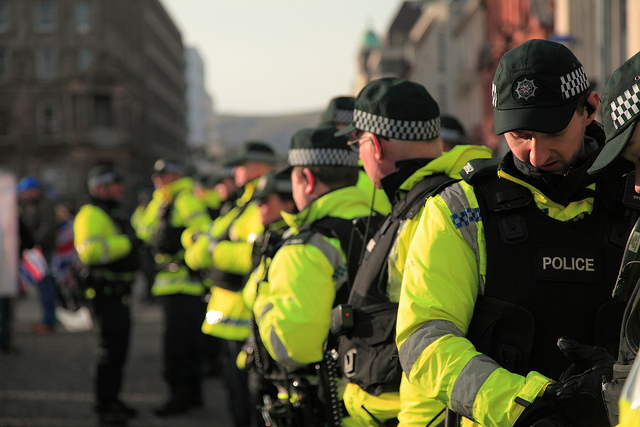 THE NATIONAL UNION OF JOURNALISTS (NUJ) has condemned the recent arrest of two award-winning Northern Irish journalists over the alleged theft of confidential material relating to the 1994 Loughinisland massacre, describing it as an “attack on investigative journalism.”

Journalists Trevor Birney and Barry McCaffrey were arrested on 31 August by detectives from Durham Constabulary, with the support of officers from the Police Service of Northern Ireland. Both were subsequently released on bail “pending further enquiries”, according to a PSNI statement.

Their documentary, ‘No Stone Unturned’, examines six unsolved murders which took place on 18 June 1994, when gunmen belonging to the loyalist paramilitary the Ulster Volunteer Force (UVF) entered the Heights Bar in the Northern Irish village of Loughinisland and opened fire on customers as they watched the Republic of Ireland play Italy in the Fifa World Cup.

The documentary, which was released last year, examined claims alleging British state collusion, and named several individuals as suspects in the murders.

“We condemn the targeting of those who seek the truth and the attempt to criminalise media workers.” NUJ statement

Prior to their release, documents and computer equipment belonging to the pair were seized by police. A Northern Irish court subsequently heard that material seized during the investigation into the suspected theft from the offices of the Police Ombudsman of Northern would not be examined, pending the outcome of a legal challenge to the search warrant used in the seizures.

In a statement released today appealing to its members to support Birney and McCaffrey, the NUJ described the documentary as “an outstanding example of public interest journalism” which “raises serious questions about the police investigation into the attack.”

The statement continues: “We condemn the targeting of those who seek the truth and the attempt to criminalise media workers.

“The highest level of protection, under international law, must be afforded to journalists in respect of privacy in their communications and in respect to the right to protect confidential sources of information received and published in the public interest.”

The NUJ has argued that the arrest of Birney and McCaffrey is in violation of their rights under the European Convention of Human Rights, and have demanded the immediate lifting of the threat of legal action against the pair.

The trade union has further demanded that the police authorities and prosecutors give “due recognition” to the right of journalists to protect confidential sources of information, referring to Article 10 of the European Convention on Human Rights, which enshrines this right.

On the evening of 31 August, a vigil was held by families and supporters of the victims of the Loughinisland massacre in solidarity with the journalists. Emma Rogan, whose father was murdered in the attack, said the “whole community were shocked to hear [the journalists] were arrested while the perpetrators of this heinous act have never been charged”.

“Everybody should realise. It’s us today. Tomorrow it could be you.” Journalist Barry McCaffrey

In response to widespread criticism over the arrests, PSNI chief constable George Hamilton tweeted on 1 September: “I invited Durham Police to investigate the alleged theft of documents as reported to PSNI by the Police Ombudsman.

“I invited an external service to conduct the investigation to address any perceived conflict of interest.”

Despite these claims, the journalists’ lawyers have outlined numerous concerns over the independence of the investigation, arguing that PSNI officers were heavily involved at several stages of the arrest and subsequent questioning.

Following the release of Birney and McCaffrey, an editorial published by the documentary’s makers said: “We are extremely proud of our investigative journalism.

“We will always seek to expose injustice and shine a light on the truth.

“We will continue to turn over the stones that others wish we would leave alone.”

McCaffrey also told press: “Everybody should realise. It’s us today. Tomorrow it could be you.”