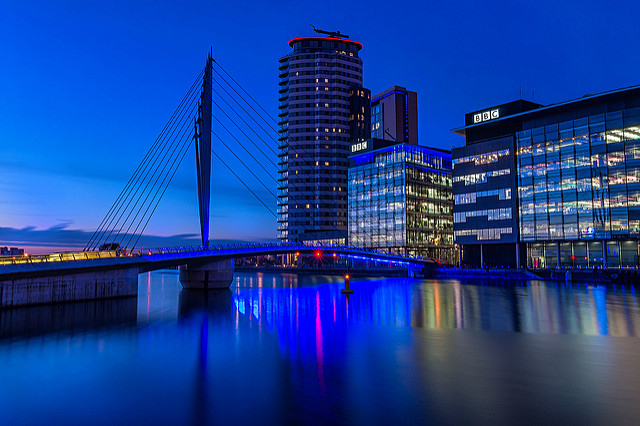 Herald journalist Brian Beacom’s argument that the BBC is “pushing women beyond the level of their talent” has been criticised by Nicola Sturgeon, Monica Lennon, WIJ Scotland and Engender

THE NATIONAL UNION OF JOURNALISTS has reaffirmed its commitment to gender equality in media, following controversy over recent articles by Herald journalist Brian Beacom, whose arguments against the BBC’s “obsession” with female presenters have been condemned as sexist by politicians, campaigners and industry figures.

In a 20 September article for The Herald, seemingly provoked by the possibility of Zoë Ball taking up Radio 2’s breakfast show slot, Beacom wrote that for any man hoping to fill the position, “the only chance is to transgender and hope the oestrogen pills kick in before Chris Evans sets off to become a reborn Virgin.”

“We believe that women should occupy more senior positions in journalism than they do now, and we will continue to campaign on this issue.” NUJ Scotland organiser John Toner

Beacom went on to argue that the BBC, under director-general Tony Hall is “following the road to gender equality so prescriptively it’s making a mockery of the entire concept of meritocracy”, before wondering: “If the Beeb is pushing women beyond the level of their talent will this backfire more generally on women in broadcasting?”

In a letter to the Herald earlier this week, the co-chairs of Women in Journalism (WIJ) Scotland, Guardian Scotland correspondent Libby Brooks and BBC Scotland investigations editor Shelley Jofre, wrote that Beacom’s piece “conveniently bypasses the fact that hard work and talent are no match for structural inequalities like those experienced by women in many workplaces. In the media, it’s not just pay that’s recently been shown to be woefully unequal for men and women in the same roles. Our own research shockingly found one in 10 women in Scottish journalism said they’d actually been sexually assaulted at work.”

“Publishing this article points to an editorial assumption that sexist content merits equal prominence to feminist opinion, as though one were simply the equal and opposite viewpoint of the other.” WIJ chairs Libby Brooks and Shelley Jofre

Brooks and Jofre went on the question the editorial thinking that allowed the article to be published: “As fellow journalists, we defend to the hilt any colleague’s right to express opinions we find crass, ill-informed, and pointlessly provocative,” the letter continues. “But publishing this article points to an editorial assumption that sexist content merits equal prominence to feminist opinion, as though one were simply the equal and opposite viewpoint of the other. Surely this argument was won around a century ago when women gained the right to vote? Most of us have managed to catch up since then.”

The letter won praise from First Minister Nicola Sturgeon, who described it as an “excellent” response to the “outdated attitude of Brian Beacom and his awful column.”

Excellent by @libby_brooks and @ShelleyJofre of @WIJ_Scotland in response to the outdated attitude of Brian Beacom in his awful column in @heraldscotland last week. Well worth a read. https://t.co/ZPHanNkw0S

Approached for comment after WIJ Scotland’s intervention, NUJ Scotland organiser John Toner told CommonSpace: “The NUJ is fully committed to equality in the workplace, as our campaign on gender pay equality at the BBC amply demonstrates.

“We believe that women should occupy more senior positions in journalism than they do now, and we will continue to campaign on this issue.”

“Women are faced with misogyny everyday so we don’t need male columnists to explain society to us.” Labour MSP Monica Lennon

Beacom responded to Brooks and Jofre directly in today’s edition of the Herald, writing: “I’m worried that the organisation which you head seems, to me, to wish to deny the right to free speech and close down legitimate debate. What worries me even more is the pitching of men and women against each other in a never-ending gender war that benefits no one.”

Beacom went on to suggest that their criticism of “overpaid male presenters” suggested “misandry, and possibly ageism.”

Also speaking to CommonSpace, Labour MSP Monica Lennon added: “I’d never heard of Brian Beacom until the backlash to his column. I thought it was a spoof but his follow up column suggests he’s enjoying the attention.

“Women are faced with misogyny everyday so we don’t need male columnists to explain society to us. At least the columns have indirectly brought attention to the talented, witty, resilient and intelligent women of Scotland, who work in journalism and beyond, so we can thank Mr Beacom for that.”

A spokesperson for the journalist and SNP MSP Joan McAlpine also told CommonSpace that as “a member of Women In Journalism and with the matter being close to Joan’s heart, she wishes to express her fullest support for the sentiment expressed within the letter” by Brooks and Jofrey.

Echoing WIJ Scotland, the Scottish feminist campaign organisation Engender articulated the widespread criticism of the Herald for publishing views such as Beacom’s in the first place, telling CommonSpace: “We were surprised at the publication of Mr Beacom’s original sexist and ill-informed piece, and are puzzled at the decision of the Herald to allow him further column inches to dig himself a deeper hole. We fully endorse the letter from Women in Journalism in Scotland, who do fantastic work to challenge the over-representation of men in Scottish media.”

In March this year, it was reported that Newsquest, the proprietor of the Herald, along with the Herald on Sunday, the Evening Times, the National and the Sunday National, has reduced its staff over the course of a decade from 862 to 392. At the time of writing, Beacom remains employed.