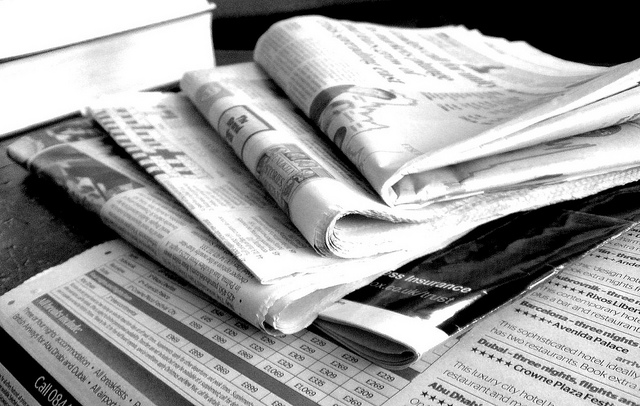 THE NATIONAL UNION OF JOURNALISTS (NUJ) Scotland is exploring the possibility to transferring control of 24 Johnston Press titles currently under threat of closure to new co-operatively owned structures, should talks with the publisher prove unsuccessful.

Negotiations between the NUJ and Johnston Press over the future of the threatened titles continue today.

When asked how current talks with Johnston Press were progressing and whether he was optimistic about their outcome, NUJ Scotland organiser Paul Holleran told CommonSpace: “Talks continue this Thursday and I am confident of avoiding closure of any titles in Scotland. However, the long term scenario is a bit different.”

“The setting up of co-operatively owned structures to take over the running of these, many historic titles, has already begun.” NUJ Scotland organiser Paul Holleran

Holleran wrote: “Drastic steps were required to keep them open it was stated or closure would follow within a few years for most and immediate cessation of trade for two or three of the titles. The union is negotiating to keep the newspapers alive, but don’t accept that closure would be a final solution.

“The setting up of co-operatively owned structures to take over the running of these, many historic titles, has already begun.”

Existing co-operative models already in effect in Scotland include Hawick News, recently established by former Johnston Press journalists, the first year of which has been a success, and the West Highland Free Press (WHFP), which has been fruitfully operating as a community asset in Skye for more than 30 years.

In a meeting with the NUJ, WHFP Managing Director Paul Wood explained that the company had set a minimum target of one per cent profit per annum, and that they viewed the newspaper as a community asset and a cornerstone of local democracy.

When asked if such a target was broadly replicable across the Scottish newspaper industry, Holleran responded: “Absolutely. That profit is after costs are taken out including payment of decent wages. There are no shareholders clamouring for large returns on investment.”

Describing the relevance of NUJ Scotland’s co-operative proposal to contemporary state of Scottish journalism, Holleran told CommonSpace that “the Scottish government would be very reluctant to financially support a private newspaper company whose model appeared flawed as a commercial venture. However, a co-operative or community asset news outlet could possibly attract support through a scheme of vouchers supported through Scottish Government tax relief, for example.”

Holleran said NUJ Scotland was also looking at other potential models of ownership. “We have looked at Scandinavian models including employee ownership similar to the WHFP and know they are viable if they offer something the community they serve want and need.”

The NUJ proposals were partially inspired by the work of the American academic Robert McChesney, founder of the media reform organisation Free Press. At the NUJ-organised conference ‘The Future of News and the Importance of Local Newspapers’ in Edinburgh earlier this year, McChesney advocated a ‘Citizenship News Voucher’ scheme, and linked the rise of Donald Trump with the dwindling fortunes of the newspaper industry and a resultant lack of accountability in US media.