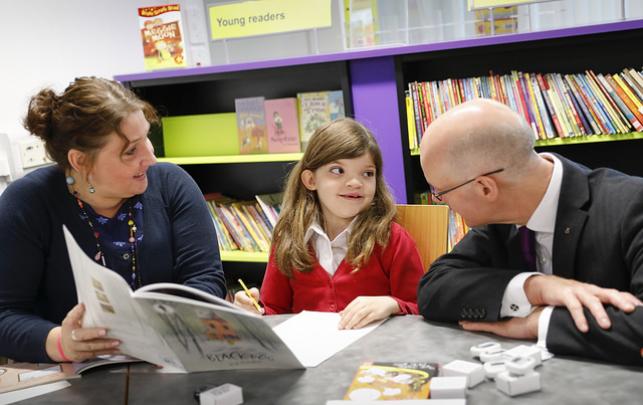 THE NUMBER OF CHILDREN in Scotland with additional support needs (ASN) is rising, while local authority spending and the number of qualified teachers has fallen, new figures from the Scottish Government have shown.

The Scottish Government’s ‘Summary statistics for schools in Scotland’, released on 12 December, reveals that the number of ASN pupils in Scotland has reached 183,491, or 26.6 per cent of the Scottish pupil population – its highest ever level, and an increase of over 55 per cent since 2012.

However, this stands in contrast to the number of additional support for learning teachers – be they centrally employed, at special schools, or at primary and secondary level – which has fallen from 3,384 to 2,990, or 12 per cent, between 2012 and 2016. The number of overall support staff in schools – encompassing teachers, ASN auxiliaries and behaviour support staff – has dropped by 3 per cent over the same period, from 16,377 to 15,880.

“The cost to society in the long term if investment is not increased will far outweigh any potential savings made today.” Scottish Children’s Services Coalition spokesperson

Commenting on the latest figures, a spokesperson from the Scottish Children’s Services Coalition (SCSC) said: “It is therefore vital that Thursday’s Budget invests in education and especially in addressing the needs of children and young people with ASN, such as those with dyslexia and autism, who will struggle to succeed without proper support.

“The cost to society in the long term if investment is not increased will far outweigh any potential savings made today, and will hinder any efforts to close the educational attainment gap.”

The SCSC’s warnings follow concerns raised from a number of politicians and third sector organisations regarding adequate ASN provision.

Following a Scottish Parliament debate on ASN education in November this year, Scottish Green Party education spokesperson Ross Greer told CommonSpace: “What caused so many of the challenges in Scottish education – whether it’s the issues of teacher working conditions, or the inclusion agenda not functioning well, kids with additional support needs being excluded from mainstream schools – these have been overwhelmingly caused by austerity.

“They’re the result of cuts – losing the 500 ASN teachers, the hundreds of assistants, the 4,000 classroom teachers, etc. The government won’t face up to that reality.”

In May 2016, the teachers’ union NASUWT called for a reduction in the size of classes at which ASN pupils were present, while a survey by the charity ENABLE found that seven in 10 pupils with learning disabilities were not getting enough time or attention from teachers to meet their needs.