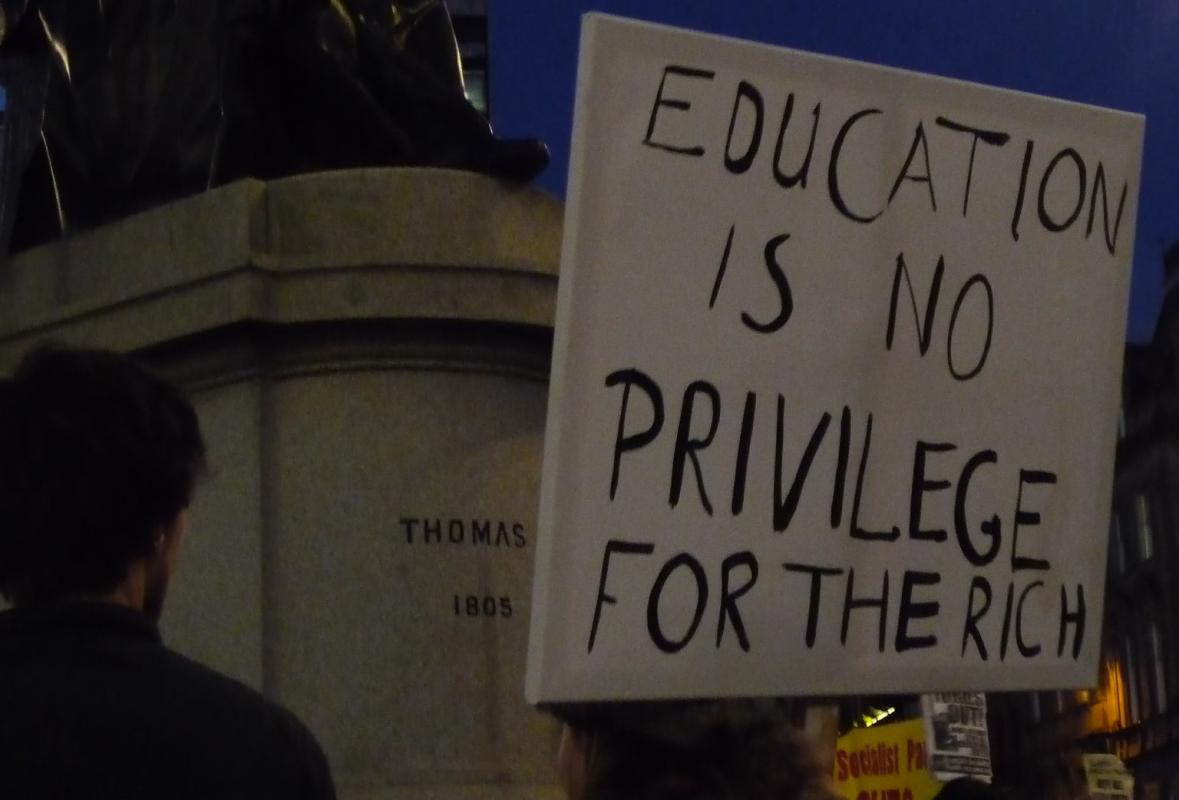 NUS SCOTLAND has called for a “clear plan” on the implementation of financial support for students tied to the Real Living Wage, following demands from Scottish Labour that the Scottish Government set a date for introducing a minimum student income of £8,100.

At present, college students in Scotland are not eligible for student loans, while the maximum bursary award they may achieve is roughly £4,000 per year.

Proposals for a new minimum student income – initially put forward in November 2017 in ‘A New Social Contract for Students – Fairness, Parity and Clarity,’ an independent report commissioned by the Scottish Government – would deliver a minimum income through a mixture of busaries and loans.

The recommended minimum of £8,100 is linked to the Scottish Government’s Living Wage, and would potentially double the financial support available to the poorest students, Scottish Labour have claimed.

Since the Scottish Parliament backed a minimum student income in a non-binding vote in March of this year, Scottish Labour has called on the Scottish Government to reveal a timetable of when students can expect the plan to be brought into force.

NUS Scotland have now echoed Labour’s calls, and have reiterated their backing for non-repayable forms of financial support, to avoid students taking on “unsustainable levels” of debt.

Speaking to CommonSpace, NUS Scotland president Liam McCabe commented: “While we welcome the Scottish Government’s commitment to move towards a system where every student receives support tied to the Real Living Wage, we need to see a clear plan outlining how and when this will be achieved.

“We will continue to make the case for increased investment in cost-of-living support to be focused on non-repayable bursary, so we don’t see students – especially those from the poorest backgrounds – saddled with unsustainable levels of debt for years to come.”

“While we welcome the Scottish Government’s commitment to move towards a system where every student receives support tied to the Real Living Wage, we need to see a clear plan outlining how and when this will be achieved.” NUS Scotland president Liam McCabe

“That would be a fair deal, as opposed to the raw deal they get just now.”

Gray continued: “This plan is straight from the Government’s own independent review.

“Labour has already forced the Government to accept the recommendation – ministers must now outline a clear timetable of when students will get more money in their pockets.”

A Scottish Government spokesperson responded: “We support the ambition set out in the Student Support Review to achieve a minimum income for students, however significant investment is required to make this happen.

“We have already begun to implement this by increasing the care-experienced bursary to £8,100 per year and we are providing students in further education with record levels of support – £111 million in 2018-19.

“This represents a real-terms increase of 33% since 2006-07, giving further education students in Scotland the best level of bursary anywhere in the UK.”