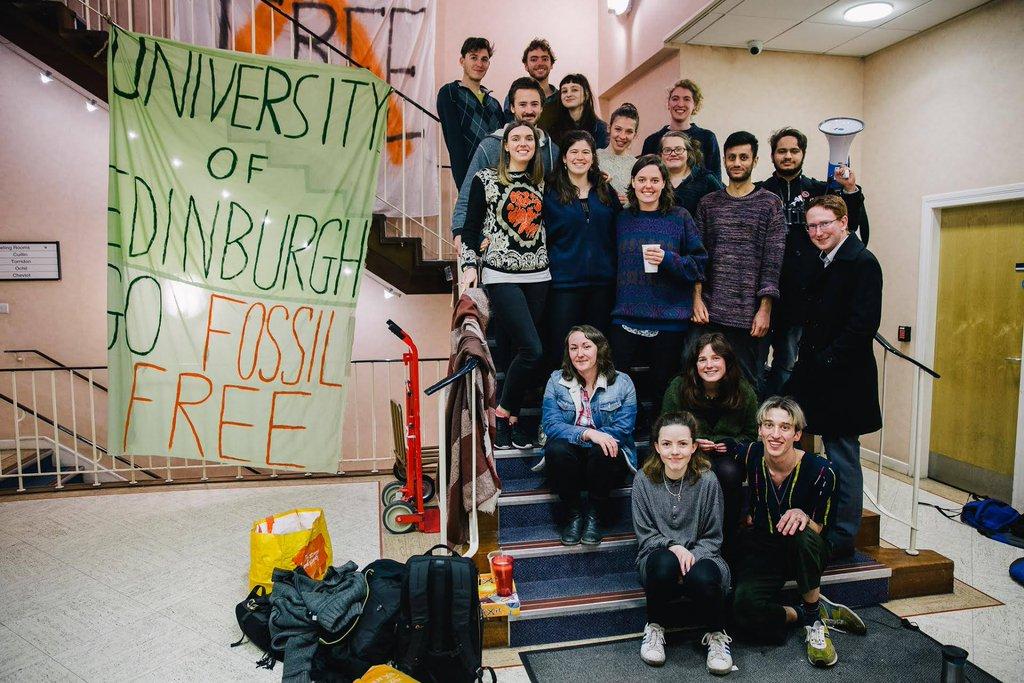 STUDENT CAMPAIGNERS have staged an occupation at the finance building of the University of Edinburgh over fossil fuel and arms investments.

The protestors have issued demands, saying that the university needs to go further in distancing itself from fossil fuels and arms manufacturers. The action comes after several years of campaigning aimed at the university on the issue of ethical investment.

“The University supports the right of all students to protest lawfully and peacefully.” University spokesperson

Student Ellie Jones said: “If Edinburgh is really ready to take a sustainable future seriously, it must make a stand against the fossil fuel industry. Instead, management continues to push the idea that the world is not yet ready to move away from fossil fuels, and that it would be hypocritical for the university to commit to divestment.”

The protestors are understood to be seeking a signed statement from senior management agreeing to their access demands, which include allowing food and water into the building.

Last year a 10-day occupation led to concessions from the university when it announced plans to divest from three major fossil fuel producers.

However, the sit-in protest of May 2015 was marred by alleged assault against a student by a member of security. A man was later charged in relation to the incident.

“If Edinburgh is really ready to take a sustainable future seriously, it must make a stand against the fossil fuel industry. Ellie Jones

The university came under fire at the time for its employment of private security guards to deal with the occupation, but refused to name the security firm involved. Asked today if they still used such firms, the university refused to comment.

In a statement a university spokesperson said: “The University supports the right of all students to protest lawfully and peacefully. We are working with the students to ensure their safety and provide for their basic needs.

“We are committed to using our finances to make a significant, sustainable and socially responsible contribution to Scotland, the UK and the world.

“In line with our responsible investment policy, which was formulated in consultation with staff and students, we do not invest in companies involved in the highest carbon-emitting industries. Last summer we divested millions of pounds from three of the world’s biggest fossil fuels producers.

“Last September, we also confirmed we do not, and never will, invest in companies involved in controversial weapons or any company with a significant interest in armaments.”