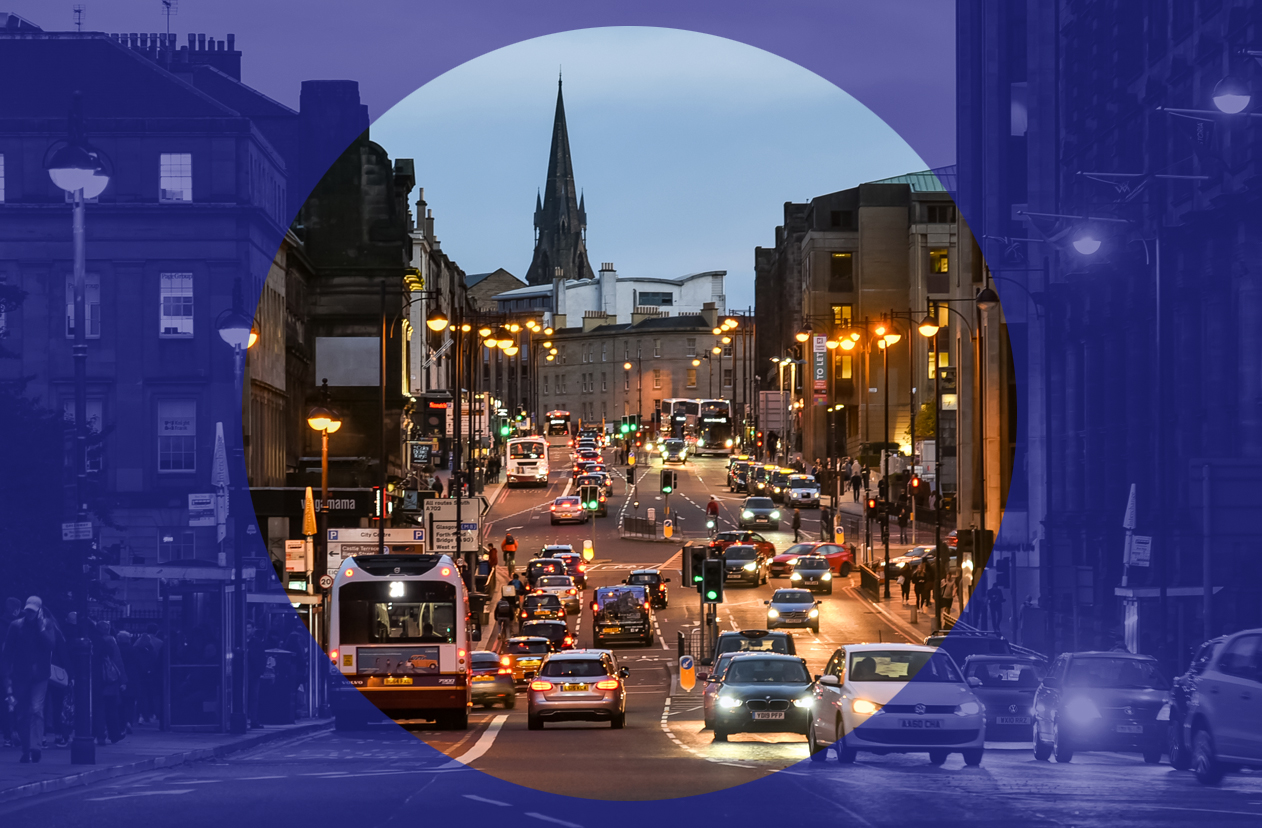 “Let’s look at the people who are particularly disadvantaged by those dual problems of essential travel and low pay to see if ideas like free public transport or a universal basic income or, simply, a pay scale commensurate to their societal value can make that more sustainable.”

Dr Craig Dalzell continues his analysis of the OBR’s sectoral impact of the pandemic by looking at how transport has been affected by the lockdown.

I’M GOING TO START this week’s analysis by checking my privilege.

In this time of crisis I am incredibly privileged to be where I am. Unlike over a million people in the UK, I still have my job. Unlike thousands of artists, creatives and folk in the Gig Economy who have seen their commissions vanish, I still have a regular salary – supported as it is by Common Weal’s donors who have remained generous through the most difficult of times. Unlike around four million workers in the UK, I am still able to perform my job and have not been furloughed. Unlike hundreds of thousands, including some of my closest friends and family, my job does not place me at very substantial risk of continued exposure to Coronavirus – I owe my friends working in the NHS right now a debt of gratitude that will not be repaid for a long time.

Sitting here, working from home, I have the privilege of being able to reflect on how my job has been able to continue with only moderate changes. I am able to reflect on how some of those changes may even had resulted in positive impacts that in no way are worth the damage being caused by the pandemic but may be worth keeping once we come out the other side.

Of all the things I’m least looking forward to going back to after lockdown ends is the daily commute – one hour each way in heavy traffic, often driving while tired or stressed or frustrated. Whether I spend those two gained hours doing a bit more work, getting a bit more sleep or drinking a morning coffee in the garden, I struggle to see how I could use that time less well than sacrificing it to the Gods of the Traffic Jam.

When things come out and we return to a new normal (hopefully a better one than the old normal), we’ll be able to take some of these lessons with us. I’m seriously considering working from home a lot more even after the Common Weal office opens up again, and while I greatly look forward to travelling around Scotland again on my Policy Tour where I meet activist groups and present our research, I’m equally keen to do more of these meetings online. The same goes for the videoconferences and phone calls that have replaced my everyday meetings with policy and research contacts and with politicians and other stakeholders.

But again, I must check my privilege. I am able to do this because my job is one that allows me to do this. I was struck by recent research from the RSA (for disclosure: I am a Fellow of the RSA though I had no hand in this project) which found a strong inverse correlation between income and the ability to voluntarily work from home. The lower paid your job is, the less likely you are to be able to lock down at home and keep working, thus the more vulnerable you are to either being furloughed or laid off, or to be put in the position of having to expose yourself – and therefore everyone around you – to the pandemic.

Income is also a strong indicator of how likely it is that you drive to your destinations versus using public transport. 44 per cent of people in Scotland who have an income of less than £10,000 per year use the bus at least once a week compared to 16 per cent of people with an income above £40,000. Less than half of households within an income of less than £10,000 have someone who holds a full driving licence – never mind who owns a car.

These two studies lead to the disturbing probability that when the pandemic started and the government advised people to work from home or avoid public transport, the poorest people in Scotland were and are the people least able to comply with either stricture.

It may be that instead of cutting public transport services down – most of the services in my area are now limited to Sunday Service only – instead we need more public transport. The number of public transport users may be down significantly but because of physical distancing, that train carriage with a capacity of 50 may now only have a maximum capacity of 15. So we may need more buses and trains running at lower capacity to allow people to stay safe (though we obviously should do it in a way that keeps transit workers safe too). This will become increasingly important as and when lockdown eases. If more people cram onto the buses, then the chances of a second infection spike increases. If more people take to their cars then the traffic jams and urban pollution that also kills people will return with a vengeance (and we must remember that these two health risks are themselves co-related).

I’m pleased to see that some cities are starting to explore different ways of moving around themselves. Places like Vilnius are opening large areas to make it easier to move around the city and to visit cafes while maintaining physical distancing (I’ll return to the impact of the pandemic on urban retail in a future column). Scotland is exploring similar ideas. If we do this right, then we may come out of the pandemic realising that when we design our cities for people rather than for cars then they become much healthier places to be.

As with my previous columns, I must repeat my call to look at what we actually want to see in our transport sector long term and to use the current lockdown to start to make plans to actually get there. We shouldn’t go “back to normal” when “normal” was so unhealthy for us. Instead, let’s look at the people who have already adapted to working from home and see how we can make that even easier and more sustainable (I feel a policy paper on internet infrastructure improvements coming on…), let’s look at the people who must travel for work and see if we can reduce that travel (Can we build cheaper homes closer to work? Can we bring work closer to homes? Can we improve public transport options?). Let’s look at the people who are particularly disadvantaged by those dual problems of essential travel and low pay to see if ideas like free public transport or a universal basic income or, simply, a pay scale commensurate to their societal value can make that more sustainable.

There’s more to discuss here – I may have to come back in future columns to discuss longer range travel like air transport and shipping – but these are issues worth discussing. If we don’t, then then the political pressure will be to get everyone back into their traffic jams and sardine can trains to go to their meetings that could have been emails to earn just enough to consume more mindless distractions from the life that is making us sick and miserable. Many of us have been able to pause from that for a little while. For the sake of everyone else, can we take that chance to look at the road we’re on and decide to go somewhere better rather than to just turning back to where we were?