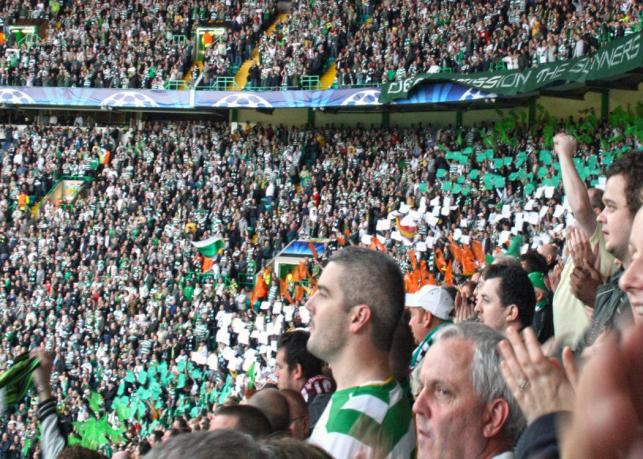 THE OFFENSIVE BEHAVIOUR AT FOOTBALL ACT (OBFA) is set to become one of the first major dispute of the new Scottish Parliament, as MSPs announced the beginning of a process to scrap aspects of the legislation.

The controversial legislation, which was introduced by the majority SNP government in 2012, was aimed at combating a culture of sectarianism in Scottish football but has been accused by critics of being authoritarian and unworkable.

The failure of the SNP to secure an overall majority in the Scottish elections on 5 May means that the legislation, which is opposed by all of Scotland’s opposition parties with parliamentary representation, is extremely vulnerable.

Quoted in the Herald, Labour MSP James Kelly who has announced plans to move a Members Bill against the OBFA said: “The place to tackle sectarianism is in our classrooms and communities. Instead, the SNP passed a law based on chasing headlines rather than finding solutions.

Opinion: Why fans' fight against the Offensive Behaviour at Football Act is not about sectarianism

“Labour will work with other parties in the Scottish Parliament to repeal the OBFA. The law has become a symbol of the SNP's arrogance in government.”

The Scottish Conservatives, Scottish Labour, Scottish Green and Scottish Liberal Democrat parties all oppose the legislation, meaning that the SNP are outnumbered in parliament on the issue by 65-63 seats. Some SNP MSPs have also been critical of the legislation.

During the election campaign, at a Govanhill-Crosshill community hustings, SNP leader Nicola Sturgeon agreed that the OBFA legislation should be reviewed in light of criticism.

The development comes after months of campaign against the law by groups including Fans Against Criminalisation (FAC), which has engaged in a long series of protests against the act in and around football matches.

The campaign also brought a petition to the Scottish Parliament’s public petitions committee in November 2015, calling for the bill to be repealed.

The OBFA has been accused of souring relations between football fans and police, with several high-profile confrontations between officers and fans since the introduction of the new law.

Tensions mounted after March 2013, when several hundred fans were kettled and 13 arrested in Glasgow’s Gallowgate by police.